Happy 11/11/11. Since many of you are out milking your K/D ratio (brah) or taking up your sword in Skyrim, I decided to go back to my roots with some good ol’ fashioned platforming. I haven’t played a game in the Rayman universe since the first Raving Rabbids on the Wii, and haven’t played a Rayman platformer since the Super Nintendo days. What follows is a series of assumptions about what I know about platforming, and where I turn out to be horribly wrong… and pleasantly suprised.

On hearing about the game I thought, “yeah, another kids’ Rayman game for the Wii.” Turns out this game is coming to Xbox… now we’re talking. What I found was a game that doesn’t try to compete with our favorite plumber, rather Rayman goes back to its 2D roots.

Rayman Origins falls under the “easy to learn, but difficult to master” category. There are four functional buttons in the game: jump, sprint, and attack. At this point I make another incorrect assumption… this game is going to be easy… wrong, again. While getting through the demo’s three levels is relatively straightforward, that never gets you off the hook in a platformer. Collecting, searching, and speed runs all enter into the mix as Rayman collects points similar to Mario’s stars, presumably in order to open up different paths on the game map.

And let’s talk about those levels. The first level is your standard platforming fare. Don’t fall in the pit, don’t get bit by the baddie in the water, run and jump your way to victory… collect the things, and proceed to the next level. Time for another incorrect assumption: the next level is going to be exactly like this… wrong again. Level two is more or less an old school side scrolling space shooter. How awesome, then I remembered that we’re dealing with Ubisoft creativity. The third level introduces some swimming and the classic forced progression wall-o-death. I’ve never been a fan of being forced through a level in any platformer, so the same applies here. My argument is this: why spend so much time crafting an environment and level design then force me to rush through it? Finally, there was a boss battle at the end of this level, but alas, that’s where our demo ends. 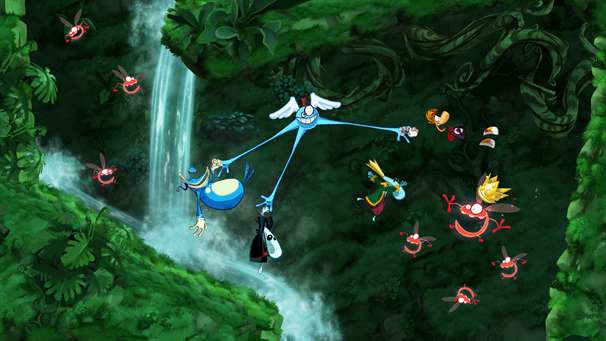 But wait there’s more! If you’re going to make a platformer on a current gen console, you need to bring something to the table and Rayman Origins does exactly that with the music and art style. Quite frankly, the art style is just awesome to look at, sort of a oil painting paired with sprites inspried by a comic / Ren and Stimpy style. It’s this style that makes it easy to underestimate the relative difficulty of the game. The music in the third, water level especially made me chuckle through the numerous deaths I experienced on that level.

So that’s it right? Nope. The pitch at the end of the demo claims 60+ levels and 4 player co-op. Multiplayer in platforming has been explored previously, but I still think there’s room to improve, so it’s an exciting prospect here. If it’s been a while since you last hung out with your favorite limb-less protagonist, it might be time to take another look. Interested? The demo is available now, and the game drops in just 4 short days on November 15th. 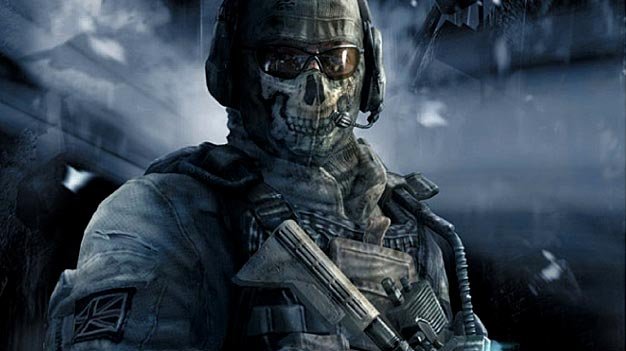 Stacking might be a game that is easily overlooked, but there is more inside this game than meets the eye. Check out the latest from Double Fine.