Nerd Appropriate has been celebrating the creative things that people do since way back in 2010. Our weekly show, The Rated NA Podcast, has over 260 episodes and has featured guests such as Felicia Day, Amy Acker, Alan Tudyk and more.  When not talking about the latest video games, pop-culture, movies and T.V., you might see us combing the halls of events such as San Diego Comic-Con, Star Wars Celebration, Penny Arcade Expo, Wondercon and more as members of the press.

Is there something behind me?

Hey there, I’m Ash one of the founders and hosts of the Rated NA Podcast and Nerd Appropriate.com. There is a good chance that if you’ve gone to a pop-culture convention of some sort in past twenty years, that you’ve probably seen me there lurking about.  Eight years ago we set out to create a site that celebrates creativity and creative people and I’m happy (and somewhat shocked) to say that we’re still going strong. As for what I do specifically here at NA, I help produce the show, coordinate with guests and run our fledgling social media channels. After over 350 episodes, I think we *just* might be starting to figure things out… maybe.

When not working on NA I’m currently a community manager in the video games industry. Long ago I was a history teacher and had the pleasure of teaching over 1000 kids about the history of the world. 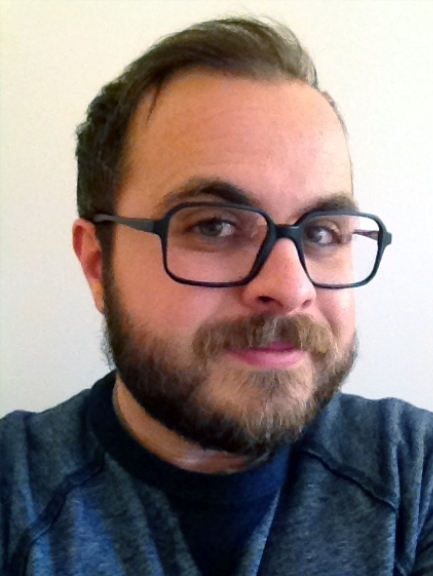 Hi, I’m one of the founders of Nerd Appropriate and the Rated NA podcast. Back in the day my friends and I made “comedy” videos for a high school morning news program. Where was YouTube when you needed it? I’ve also played in various bands with fellow NA’er Matt since middle school. I was born with a game controller in my hand, and recently hit the 100k Gamerscore mark on XBL, woot! I also hold a Ph.D. in Modeling and Simulation, enjoy watching sci-fi movies (the worse, the better), playing synthesizers, hanging out with friends, and eating mexican food. I grew up a hardcore Nintendo fanboy, subscribing to Nintendo Power at issue #1.. My favorite Star Was character is Admiral Ackbar, and Tim Rose is the nicest guy you can ever meet. I’m a James Bond nerd, and a retro-futurist (Yesterday’s tomorrow… Today!). I have an amazing wife and crazy puppy. Thanks for being a part of this labor of nerdy love with us. Read Scott’s Articles 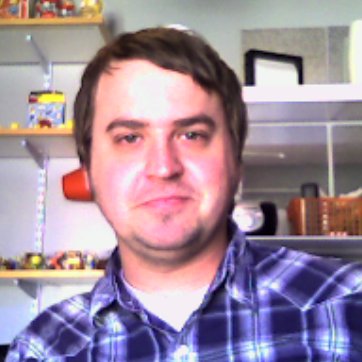 I founded Nerd Appropriate with my compatriots in arms that you have read about above. Mainly because the three of us do nothing but sit around and talk about movies, games and comics regardless if there is a keyboard or microphone in front of us. I personally started being nerdy in my impressionable youth. The first video game I bought with my own money was Mortal Kombat for the Genesis (blood mode bitches). But before that there was Emerald City comics. Yes…I was a comic collector. It lasted until I went to college, I thought that I could put my past behind me, but moving in with the exact friends that supported my nerdiness so many years before most likely didn’t help. So you’d think we wouldn’t play Vampire the Eternal Struggle or any of the other card games because we were in college, you’d think we’d be out partying and being dudes, but alas, many nights were still spent in the living room in front of the Xbox. Many days were whiled away at Sci-Fi City ( a must visit if in Orlando ).

Now? Now I’m the one pushing comics on the guys. I also run an epic D&D campaign that they are all in, and have a growing fondness for board games (most recently Space Alert). I spend my tireless hours during the day doing web development and my few hours at night reading, playing and podcasting. I have a wonderful wife (which I guess is mandatory to mention) who enjoys all things nerdy along with me, just ask her Bard. I play music when I find the time and have been in bands with Scott since pretty much birth. Thanks for taking part in our nerdiness, you’re doing nothing but enabling us and we love it.