On hand were Creative Director Mike Laidlaw, writer David Gaider, executive producer Mark Darrah, and art director Matt Goldman. The bulk of the questions were answered by Laidlaw and Gaider who know more about Dragon Age than anyone else on the planet. It’s kinda scary.

I’m going to quickly run down all the major points that were addressed during the panel and do my best unravel some of the cryptic language that was used.

1) How battles should be fought: There is a new mantra being used by the development team while working on upcoming DLC and it involves preparation, teamwork, and positioning. They discussed how battle needs to be incredibly tactical with the player preparing his team for combat, utilizing the strength of his party-mates, and correctly placing his characters in the perfect tactical positions. More on this in a sec.

2) The Scope – A map was briefly shown of Ferelden in comparison to the entire world of Dragon Age, it was quite small.  Next a map was shown of Kirkwall which was essentially a Rhode Island sized spec (the crowd laughed).  Next Laidlaw showed a slide of a massive area of the map which was easily four or five times larger than Ferelden and hinted that this was the direction that the franchise was heading in.  People seemed to like that.

3) Player Customization – Bioware is fully aware that players want to be able to customize their companion’s armor and appearance,  and it looks to be coming back.  Briefly shown on the screen was a shot of Meryll in an entirely new suit of armor with head, chest, hand, and foot slots unlocked.  I think it would be a real challenge to implement as DLC, so we may have actually seen a quick glimpse of DA3 or perhaps an unannounced expansion pack.

4) On DA3 Premise – Dragon Age: Origins was about saving Ferelden from the Blight, whereas Dragon Age 2 was all about creating the conflict that fuels DA3.  It was mentioned that DA2 was “the big setup” with the goal of the third game being “saving the world from…. itself”. 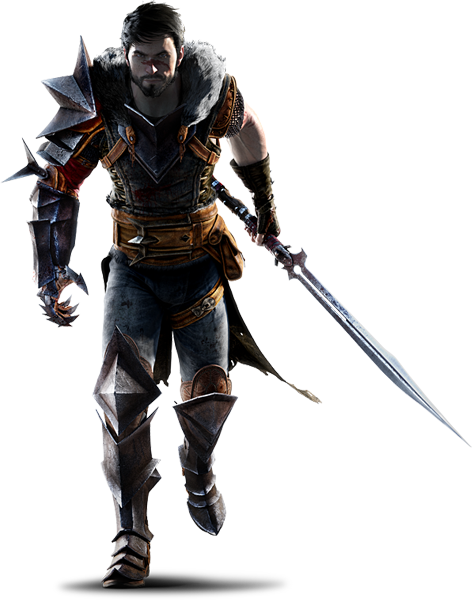 5) Will Hawke Ever Meet The Warden Commander ? – I’m glad this question was addressed because it really was on everyone’s mind.  There were some very big missed opportunities in DA2 to have the Warden and Hawke cross paths, but it appears as though we will get our wish.  Gaider simply hinted “we are perhaps so inclined (to have their paths cross)”.. so it’s coming for sure.

6) Global Conflict and a Witch : The world will be at war during the third game with both mages and templar vying for power and control.  The player will be traveling to various “exotic” locations in order to try and bring the peace.  Orlais and Tvinter were mentioned on several occasions… oh yeah, there was also some concept art of a certain disapproving witch standing in front of a burning barn.  Witches HATE barns.

7) Protagonists: Hawke’s story is not quite done, whereas the story of the Hero of Ferelden.. is over.  This does not mean that the Warden Commander isn’t an important character in the universe, just that you won’t be playing him/her as the main protagonist of the story.  Gaider also hinted that the future of the franchise may rest with an all new unseen hero.

9) Felicia Day and Redemption:  I can’t seem to go anywhere these days without running into Felicia Day.  I swear she 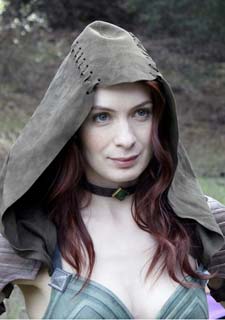 must have the ability to replicate and teleport at will…anyway…we were treated to a quick look at Day’s new Dragon Age web series Dragon Age: Redemption and got to see a handful of shots of folks getting all chopped up and stabbed … Dragon Age style.  The series looks very promising and I can’t wait to actually see the damn thing.

10) Teamwork:  In the future the player will receive some sort of “party bonus” for having certain members in their party.  More than just a “buff” these bonuses may stack in special ways and will exist to motivate the player to choose a particular character for their team “pick me!“.

There you have it.  Those were some of the major reveals from last evening’s Dragon Age panel at Pax Prime.  While Dragon Age 3 has yet to be “officially announced” I got the feeling that the team is already hard at work planning the long term future of the franchise.

That’s right, the folks at Slant Six snuck some new characters into the mix making the players pick and choose their lineup, ultimately leaving two commandos on the bench. Take a look at these new characters and what we know of their abilities.

Ubisoft screwed up! Just this afternoon a mysterious message appeared on their facebook page…..