After having a wonderful time, making new friends, and exploring Seattle last October, I decided to return once again to Geek Girl Con. The delightful ladies of Bioware also came back to Seattle with two panels, the first of which was a presentation on the mysterious life cycle of a level. Moderated by Jessica Merizan, panelists included Mary Kirby (writer), Raylene Deck (level designer), Sarah Hayward (cinematic designer), Karin Weekes (senior editor), and Melanie Fleming (localization producer).

So, where does one start in the level making process? It’s a lot more involved than you might think. The writers take the ideas assigned to them, and flesh them out around objects in the game. From there, it goes to the level designer, who blocks out a level and determines enemies and combat. Once that’s done, the next step is to pass the product off to the cinematic department. Cinematic is there, and I quote, “to make us cry.” Quick sidebar. Fenris fans? You have Sarah to thank for bringing his dark and broody self to life. Oh, and anyone who romanced Kaidan in ME3? She worked on his character arc too.

As far as creating characters, the writers don’t set out to write specifically “gay” characters. If the character is gay, or bisexual, it’s because it fits into their narrative (there wasn’t a quota for a number of same-sex romance options)

After the heart wrenching scenes are made “pretty” and “polished” there’s a bit more clean up to be done. This is where the editors step in to make sure there are no misspellings or other grammatical errors. Karin noted that if she does her job right the player will never know she’s been there. Finally, it’s time for localization which is the process of getting the game ready to be translated into different languages. Melanie has the fun task of making sure none of the names and places might unintentionally cause offense when translated.

Questions: There were some interesting questions for the panelists. When asked about the most difficult thing they’ve worked on in a game, Raylene talked about the Reaper chase on Rannoch in Mass Effect 3. It was eight months of work for what amounted to 20 seconds in game. Mary talked about the Warden’s Fort Drakon escape in Dragon Age: Origins. She had to write dialogue combinations for each and every party member since all could go rescue the protagonist. It was apparently quite the challenge.

There was also a question about romances. The first part was an inquiry as to whether or not certain pairings (of romance options) had been written and removed from the games. The second part of the question related to why the Dragon Age franchise had more same-sex options for the protagonist than the Mass Effect franchise. Two very important points were made.  As far as creating characters, the writers don’t set out to write specifically “gay” characters. If the character is gay, or bisexual, it’s because it fits into their narrative (there wasn’t a quota for a number of same-sex romance options). The panel also stated that the romances are very resource intensive from a technical standpoint. For example, having Hawke be available to romance everyone in Dragon Age 2 was no small feat for the cinematic department. Sometimes content does get cut. 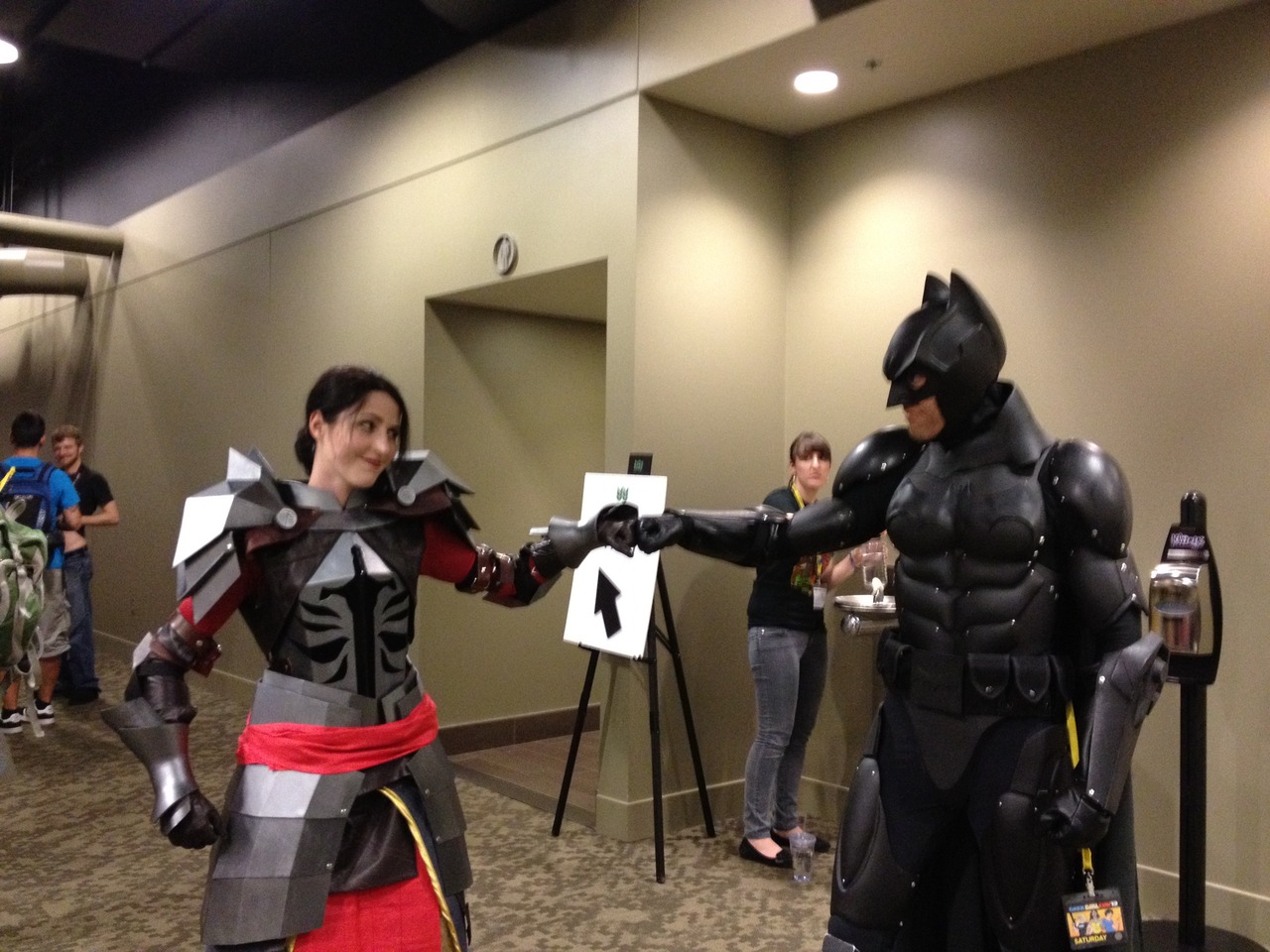 Overall, it was another informative talk by Bioware. The panelists offered up some fascinating insight and the audience came out with a better understanding of the process behind the creation of their favorite games. There were plenty of surprises and fun packed into this two day experience.  I have to say there’s nothing quite like seeing HemiArt, in her Bethany Hawke outfit, featured in advertising for the convention on a bus as well as the program.

Epic is hosting a chat in which the answer will finally be revealed along with some information about this weekend’s “Gears Weekend”. We have have the link for you here around 5:30 est, so make sure to hit refresh.