On day four of Comic-Con I made my way down to the Xbox Lounge at the Manchester Grand Hyatt to check out some of the upcoming titles for both the Xbox 360 and Xbox One. The lounge was dimly lit, spread out, and was a huge relief from the chaos of the Comic-Con floor. I wish I had gone earlier. Crytek’s Ryse: Son of Rome had the largest presence at the lounge with massive Roman statues and plastic pillars occupying the back portion of the room. Eager to get my hands on the Xbox One, I grabbed a controller and readied myself for some stabbing.

If you managed to catch the E3 coverage of Ryse: Son of Rome, you’re probably aware of the game’s strange and somewhat troubled history. If not, I’ll tell ya’. Initially designed as a Kinect title for the 360, the original Ryse was to be fully motion/voice controlled with the player flailing his/her way through the game. The current version of Ryse, redesigned for the Xbox One, uses both Kinect voice controls and standard controller input to produce a (presumably) more refined action brawler.

The demo began with a few legions of Roman soldiers storming a large keep on a wide open beach (a la’ D-Day invasion). Soon after landing I was given control of the main protagonist Marius Titus, a mean looking Roman solider. The first thing I noticed was how beautiful the game looked with incredibly detailed character models, sleek armor, and wonderful lighting. While the Xbox 360 might have been able to pull off a game like Ryse: Son of Rome, it sure as heck couldn’t do it at 60 frames per second. The chaos of the battlefield was impressive with arrows flying, boats crashing, and soldiers dying in gruesome and terrible ways. As a launch title for Xbox One it made me a bit giddy to think about how impressive things are going to look in a few years.

Similar to Bayonetta or God of War, combos could be performed with simple button presses that would eventually lead to some sort of a quick-time style finishing move when enemy health was low. The finishing moves themselves were brutal looking and got increasingly more violent depending on how much of the quicktime sequence was done correctly. At points during the mission a few indicators popped on screen that allowed Titus to command the troops around him (also using Kinect) to do things like raise their shields or fire a volley of arrows. While Titus and his enemies moved well, and the finishing moves looked great, Ryse lacked the precision of Rocksteady’s Batman titles which currently hold the title for most fluid brawlers of all time. Things simply felt a bit stiff compared to other similar titles and only a handful of enemies would attack Titus at a time despite the massive scope of the battle raging around him.

While the gameplay left a bit to be desired, Ryse looked great and was enjoyable to play. Depending on the quality of the narrative and the overall length of the game I feel like Ryse has the potential to be solid launch title for the Xbox One this fall.

SWTOR Rise of the Hutt Cartel Expansion – Fear of a “Gay Planet”? 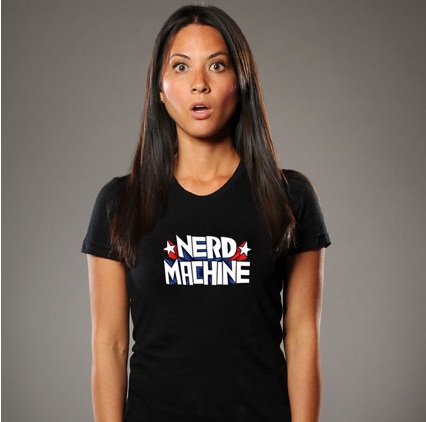 Comic Con 2011 is right around the corner, and we can’t wait for the chaos. Zachary Levi, star of NBC’s Chuck, also happens to be the co-owner of Nerd Machine, a company that is hell bent on bringing nerd-culture to the masses. Levi apparently has friends in high places because he convinced everyone’s favorite captain to shoot a PSA on Swamp Ass