Like so many people who did not attend San Diego Comic-Con I’ve been pouring over the post-convention news and analysis; searching for scraps of information of what geeky goodness is to come in entertainment.  However, the article that stood out most to me wasn’t the news of a Superman/Batman movie (Aside: I kind of wrinkled my nose at that), but of an individual describing his experience in Hall H for a day.  The piece is focused on the emotional ride which is sitting in that room, but that’s not what stood out to me. What really caught my attention was the section the author wrote on the reaction of some audience members to the “Women Who Kick Ass” panel; being held for the first time in that particular venue.  The couple of comments, and the atmosphere, noted by the author were disappointing to say the least.

The obnoxious behavior of a few individuals at a convention is nothing new, but I think the author made an excellent point which needs to be reemphasized: “To be sure, most people in the room were respectful. But at a certain point, there needs to be an accounting for the fact that there is an ugliness that burbles beneath the surface of too many Comic-Con events, sometimes intentional and sometimes unintentional. That’s not a task for the Con itself. It’s a task for nerd culture, and one that will require an earnest attempt to understand why this sort of ugliness rises up so often around women, lest all the nerd culture stereotypes prove unfortunately true.”

For those who still have doubts about the hostility of some elements of nerdom? This is why women, people of color, gays, those who are not often represented prominently in various mediums of entertainment, get upset. The message being sent to anyone who doesn’t “fit in” at the big cons is this: too bad. While I think there have been improvements in inclusion and diversity, events, like Comic-Con, hell, even PAX, still give off the overwhelming vibe that the straight, white, heterosexual male is the only “one true voice” in geek culture and the one that must be catered too.  It sucks to be excluded, to be sneered at for daring to express “radical” views, like having more female protagonist in movies and games. It sucks to be told I can’t, or shouldn’t, enjoy comics or video games, or that I shouldn’t ask to see more diversity in these forms of entertainment. 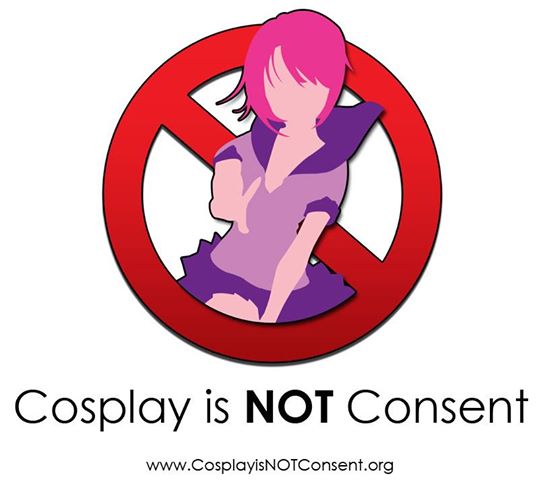 How do we bring about a change in “nerd culture,” and heck, society in general? Well, one way is to keep bringing to light unacceptable behavior of people towards one another. Not bullying the violators, mind you—which can easily arise even with the best intentions—but pointing out problematic behavior and explaining why it is problematic. Over the weekend it came to my attention via Twitter that a well-known, well-respected, voice actor at SDCC took a picture of two female cosplayers backsides without their knowledge and posted it to his Twitter feed. Said actor was called on this behavior by an individual I follow, and eventually deleted the picture with an apology, but it shows how widespread certain attitudes and problematic behaviors are as they extend beyond the general public con attendees. Examples such as this are why “Cosplay Does Not Equal Consent” exists; it is assumed individuals, female or male, wearing a costume are suddenly objects and can be treated as such, without recourse, because they are dressed outside societal norms. Would said actor have taken the picture if the ladies in question were wearing jeans and t-shirts? Maybe. But this seemed like a thoughtless act more than actions of an unrepentant sexist jerk. Does this mean the photographer in question should get a pass because he “didn’t mean it like that?” No, it does not.

Which leads me to my next point. Not only is it important to note the unacceptable overt behaviors of individuals, but the more subtle ones as well. In my opinion, it is the subtle actions which cause the most damage as they go by without being checked. It’s easy to note the poor behavior of an individual shouting offensive things in a panel, but what do you do when such commentary emerges in quieter discourse? What if it’s a long time friend? Or an online acquaintance on Xbox live or in an MMO? I say challenge it. If someone has to start their sentence with, “I know this sounds sexist” or “I know this sounds racist?” You know what? It probably is sexist or racist. Now does this mean you need to crucify the speaker then and there? No, it doesn’t get discussion anywhere and will get any counterpoint automatically dismissed. Try and educate said party again on why their comment is problematic. And don’t fall for the “I’m just joking” or “I didn’t mean it that way” line. If you didn’t mean it? You shouldn’t have said it;  if it was a joke it wasn’t funny and this is why.  I’m originally from rural upstate New York. I have heard some pretty damn atrocious things and made a thoughtless comment here and there myself when I first got beyond my small town bubble. My friends called me on it, thank god, and I’m a better person for it; even if it was an uncomfortable, embarrassing, experience for me.

We can have all the comment moderation, con harassment policies, etc., in the world–and they are important–but we, my fellow geeks, are responsible for our own space at the end of the day. There are no parental figures to shake their fingers at us, no Gods from on high to smite us when people step out of line. If we want to have a safe place where we can all hang out and share our love of comics, games, movies than we need to act and take steps at the individual level to make sure all are welcome.

Comic Con 2011: March Against the Reapers in the First Mass Effect March!

Comic Con is full of crazy events that seemingly pop up out of the blue. If you’re a Mass Effect fan in San Diego be sure to stop by the Gasp Lamp Hilton around 6:00 on Saturday to “march” with lead producer Casey Hudson on the convention center. 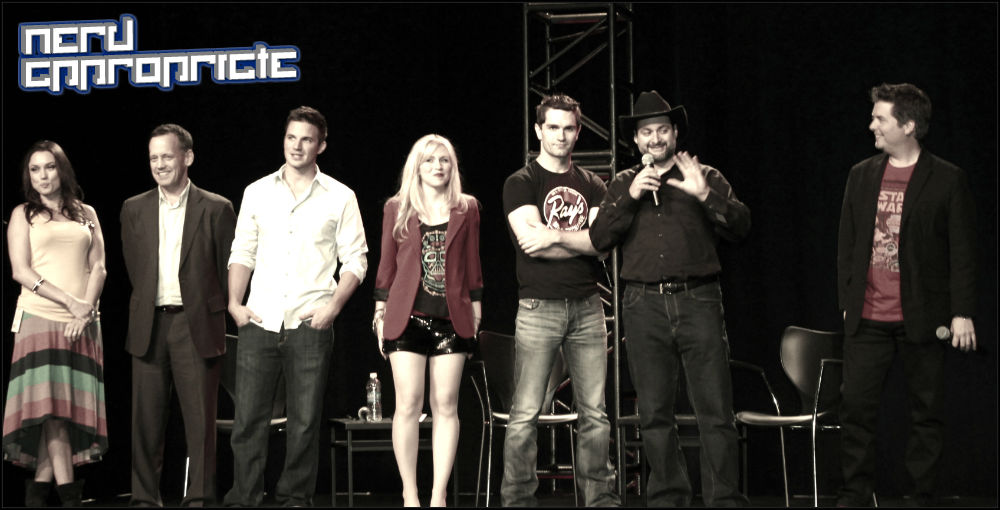 My love of Star Wars: The Clone Wars is not a well guarded secret.  As a series, the Clone Wars continues to get better and better with each passing season and magically manages to deliver the same action and storytelling nuance that made the Star Wars of old the legend that it is today.  I was lucky enough to attend the Clone Wars season five premiere and subsequent press conference at Star Wars Celebration VI, and even got a few bags of force infused popcorn to munch on while we watched!  It really did taste better than regular popcorn.