Games rarely surprise me these days.  It’s not that I’ve become bitter and jaded, quite the opposite really, I still love games, but I’ve been playing a lot of the SAME games of late.  Telltale’s The Walking Dead did what no other title could accomplish this year, it genuienly surprised me in the best way possible.

The Story:  The Walking Dead:  No Time Left is the moving conclusion to Telltale’s ground breaking adventure game set in Robert Kirman’s zombie infested universe.  For the past four episodes players have taken on the role of Lee Evertt, who surprisingly turned out to be one of the best written protagonists in recent years.  Convicted of murder, The Walking Dead begins with Lee’s trip to prison, or the end of his life as a free man.  Lee’s adventures are all essentially a gift, and even though his time in the zombie infested wasteland is less than perfect, I’d venture to say that it’s better than rotting away in prison for the rest of his days.  Lee’s story is one of friendship, redemption, and above all else love.  And what a story it was.

For Clementine: The Walking Dead isn’t about shooting, platforming, skill trees, or anything we’ve really become accustomed to in recent years, it’s about relationships.  There are no meters to gauge how close you become with your companions along the way, and no way of gaining their trust in any way other than your actions.  The heart and soul of the game is an eight year old girl by the name of Clementine who is quite possibly the only child I’ve ever liked in a video game.  Clementine is just a cool kid, and unless you have no soul, you’ll do everything in your power to keep her safe.  Over the course of the season we’ve gotten to known Clementine, taught her how to shoot a gun, kill a walker, and have watched her grow into a brave and confident young lady.  Clementine is Lee Evertt’s salvation, everything you do, you do for Clem.  She’s worth it.

The End:  At the end of Episode Four (written by the diabolical Gary Whitta) Lee was scratched/bitten by a walker leaving players wondering what could possibly come next.  Episode five gives players some of the most difficult decisions in the entire series, and by the time the episode is over players will undoubtedly feel emotionally eviscerated.  In the end I couldn’t allow Clementine to shoot Lee even though I knew deep inside that he was doomed.  I cared so much for the character that I told myself that maybe Lee was just sick from his wounds, and maybe, just maybe he could survive what had happened.  Telltale has done something truly remarkable with The Walking Dead, and episode five is a moving ending to a wonderfully crafted adventure.  Thank you Telltale for making me sad AND changing the way games are played. 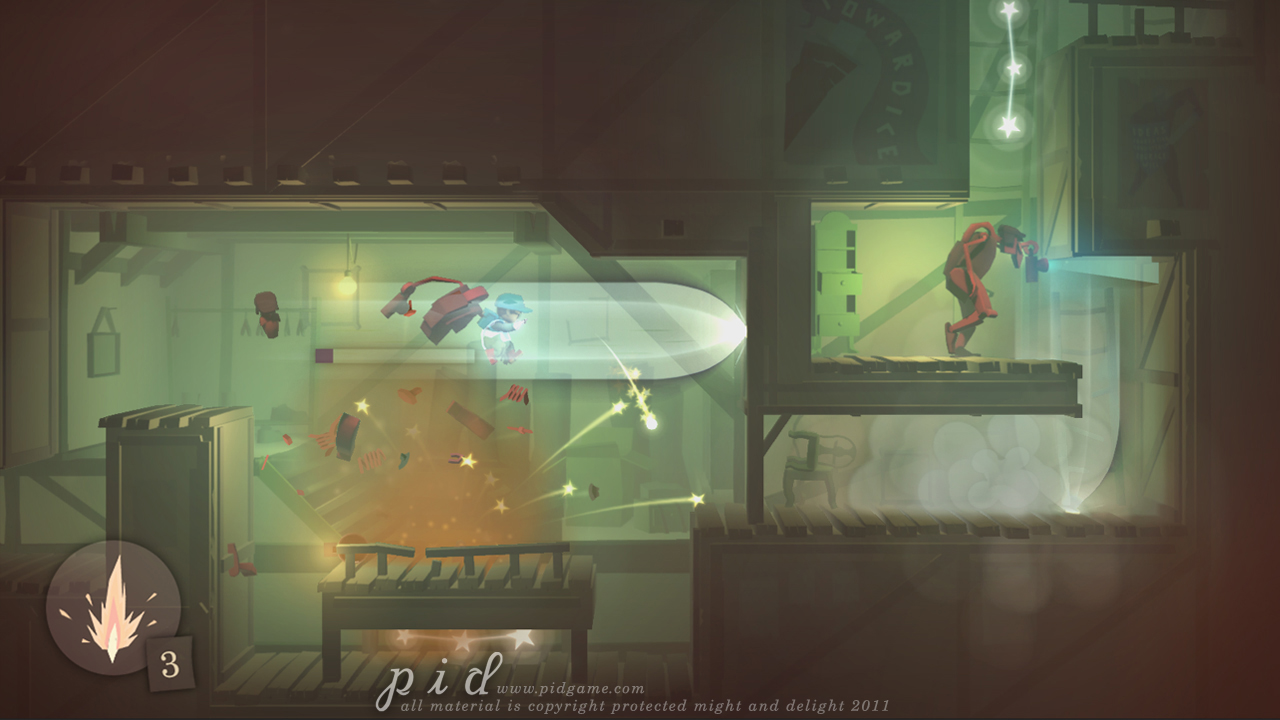 Unique platformer Pid coming to XBLA and PSN via D3

Pid is a gorgeous adventure puzzle platformer, and it is coming soon to XBLA, PSN, and Steam!