If you’ve seen the hype for A Plague Tale: Innocence, let me be one of many to tell you that the hype is well deserved.

A Plague Tale: Innocence is a narrative-heavy stealth game with action elements. It is developed by Asobo Studio and published by Focus Home Interactive (who has really been killing it lately with their releases). Set in 14th century France, A Plague Tale follows the store of Amicia de Rune and her little brother, Hugo, while on the run from the Inquisition. And yep, you guessed it, this is also during the time of the black plague; but this game takes that period in history and turns it up to 11 as the world around these siblings quickly turns to chaos, approaching survival horror. 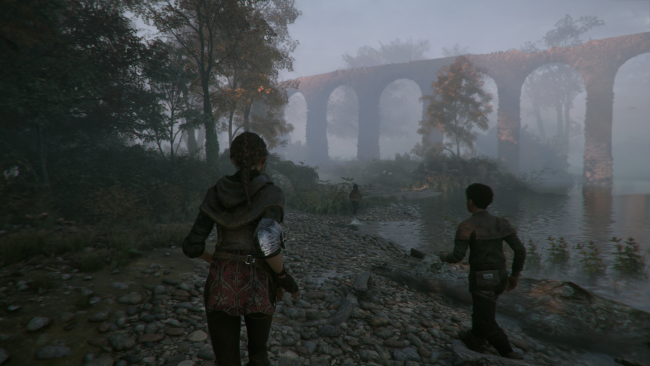 I really loved just about every moment of this game. For what its worth the most recent game that I would associate it with is The Last of Us, excellent company indeed. A Plague Tale brings a fresh take on stealth-adventure by allowing the historical context to drive the story, the challenges, and the gameplay. Plus, the game is visually stunning with incredible character models and environments that look like you’re walking through a painting. 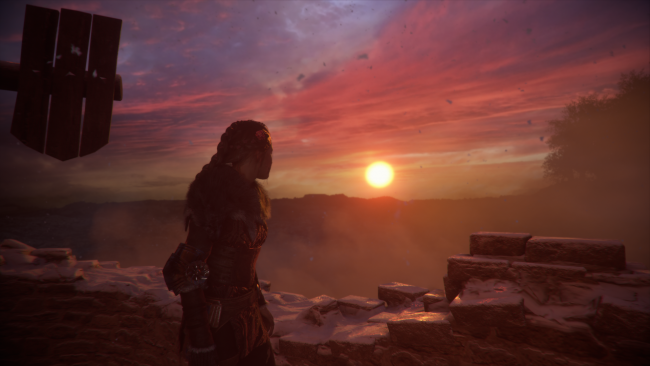 Playing as kids, you are under-matched for the forces of the Inquisition. So, you’ll spend much of the game sneaking around, creating diversions to progress through levels, and taking out enemies when the opportunity presents itself. Amicia starts off with a sling, which she can use to fling rocks to divert enemies from their patrols, and eventually allowing her to take on enemies herself. Later, you’ll acquire additional ways to deal with challenges in the game (no spoilers). As the player, you never truly feel powerful, which adds to the tension of the game.

Moving through each of the chapters in the game, you will also be scavenging for crafting supplies that will help you to create upgrades to your equipment. I appreciate that you never have to go too far out of the way for supplies, and that many of the upgrades feel meaningful, but simultaneously not required to complete the game. There’s a good balance there.

Through the games many interesting and diverse challenges, it was refreshing to see that the stealth challenges themselves continue to add slight variations to what you are being asked to do, and how to do it. The evolving stealth and action challenges was something I didn’t notice until almost the end of the game, when everything sort of comes full circle and you stop to realize how far these characters had come. Along with that A Plague Tale is just well-designed in terms of introducing the player to the gameplay, with “tutorials” often coming in the form of banter between characters. It’s very clever  to hear dialogue like, “hey, we need to distract that guard” or “I think we can move that box over there.”

At its core, A Plague Tale is a story of family, friendship, and survival. The story, as you might expect, puts characters in difficult, almost impossible situations to see how far they will go to take care of one another. That often pushes the player into tense and uncomfortable situations, and really pulls the player into the story. The game features a strong host of characters, each with their own motivations and personalities. I cared about all of them, which really speaks to the quality of the story and writing. The actors that voiced the English translation of the game are also fantastic. I think it can be tricky to have “kids” in games, finding that balance between seeming realistic without being annoying. 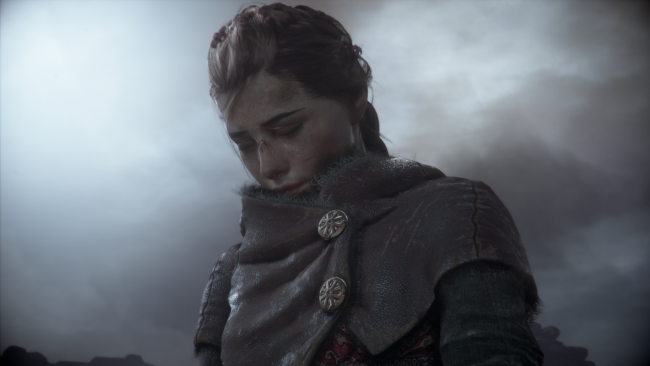 If I had to pick one thing that I enjoyed less than other aspects of the game it would be the “boss” encounters. Honestly, they are few and far between, and certainly not any more or less difficult than other parts of the game. As a stealth game, these types of encounters felt a bit out of place, but they do serve to punctuate key story beats. I’m not sure how those would have been handled otherwise. In any event, the game is generous with checkpoints so I never found myself getting frustrated while trying to figure things out.

A Plague Tale excels in providing players with an interesting story, characters you care about, and gameplay that will challenge you. The game is paced well, and manages to stay fresh and interesting from start to finish. It’s a must play for fans of this genre, and also recommended to anyone just looking for a super solid game to play. Available on PS4, Xbox One, and PC. The hype is real… just watch out for the rats. 😉

A Plague Tale: Innocence was reviewed on Xbox One with a review copy provided by the publisher.

Will Mass Effect 3 Pre-Order Bonuses Force You to Shop at Game Stop?

Some new Mass Effect 3 info hit our mailboxes today, and while we probably should…