After reading Mass Effect: Invasion comics, which depicted Aria T’Loak’s expulsion from Omega at the hands of Cerberus, and bumping into her on the Citadel in Mass Effect 3, I had a feeling we might get to do this. The lead up to the ‘Lair of the Shadow Broker’ DLC was quite similar: a comic book series showing events between games, a hint of dialogue about an unresolved problem from an old acquaintance. Suffice to say, given the quality of Shadow Broker, I was more than happy to see we would get to participate in re-taking Omega instead of just hearing about it.

The Omega DLC is pretty much what it says it is: Shepard helping Aria reclaim her space station. The player is immediately launched into a quick explanation of what transpired for those who didn’t read the comics. Cerberus general Oleg Petrovsky took over Omega on orders from the Illusive Man. The CEO, queen, if you’re feeling dramatic, wants her station back and Shepard is going to help her. Following a rough landing, and a few firefights, once on Omega the player is introduced to Nyreen Kandros, the first female turian seen in-game, who has a bit of personal history with Aria and Omega.

Party time: Shepard spends the bulk of the time with Aria as a party member, who has a fun new power with flare, and Nyreen chips in with her biotic protection bubble and grenades. There are familiar enemies, I still hate Atlas mechs, as well as some new ones to impede the player’s progress. Rampart mechs are fast and nasty up close, adjutants are the biotic Cthulu’s who were released by Cerberus onto Omega, and are also a joy to contend with (Author’s note: I am not a fan of tentacles unless they are on Liara’s head. Adjutants? Not. Cool.).

Ladies Night: Other elements I enjoyed? The influence of the paragon/renegade choices not only on the outcomes of situations, but on Aria’s personality in game. I played through the DLC with both alignments and, if one enjoys dialogue and banter, I’d recommend doing the same. Aria’s reactions, and interactions, with Shepard and Nyreen change depending on what the player chooses. It reminded me of the light/dark side alignment and the impact on party members in Knights of the Old Republic after a fashion. I was also happy to see DLC with two female characters as the focus (yes, yes, the asari are mono-gendered, technically. But, details). Bioware has always done an excellent job of showcasing strong, well-written women, but it’s always refreshing to see since it’s not nearly as prevalent as I would like in gaming, yet.

Omega is definitely a fun addition which I would recommend for anyone looking to spend a couple more hours in the Mass Effect universe.  Also, if you’d like to check out NA’s chat with Mass Effect producer Mike Gamble about the making of Omega, and Mass Effect in general, check out Rated NA 32: Omega Explosion. 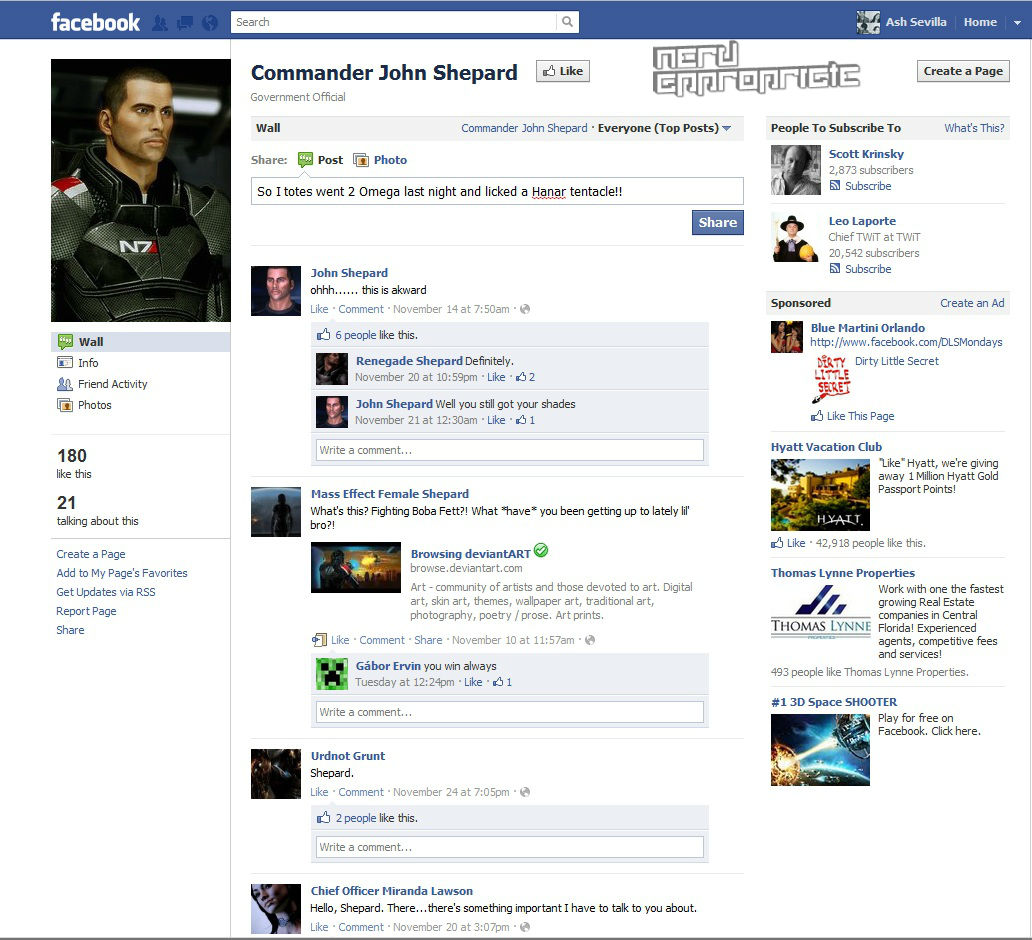