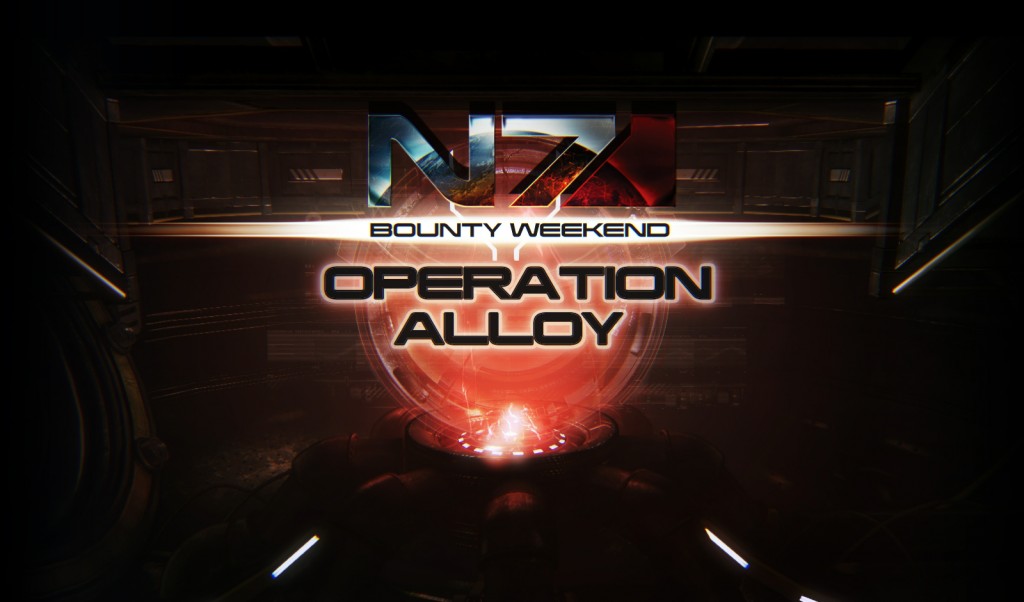 An alloy is described as “A metal made by combining two or more metallic elements, esp. to give greater strength or resistance to corrosion.” This weekend, by promoting two or more of your characters in ME3MP you can bolster the war effort and help save the whole freakin’ universe! On top of all that universe saving mumbo-jumbo, you’ll also receive a commendation pack filled with goodies as well as a victory pack if 50,000 characters total are promoted. As always,  if they keep making it we’ll keep playing it.  We have a crush on ME3MP.

A training center will only take a recruit so far. Our recruits need field experience, so it’s time to integrate them with seasoned squads during our next series of sweeps.

Allied Goal Success: All players awarded a Victory Pack and an increase to medi-gel capacity (Source)

One of my favorite aspects of any Bioware game is not only exploring the world created, but the characters that inhabit it. Dragon Age: Inquisition features, to the best of my knowledge, one of the most diverse ensembles of characters in gaming in terms of background, gender, race, sexuality, and age, just to name a couple traits. Of particular relevance to me is there are A LOT of women, and women in positions of power, featured prominently throughout the game