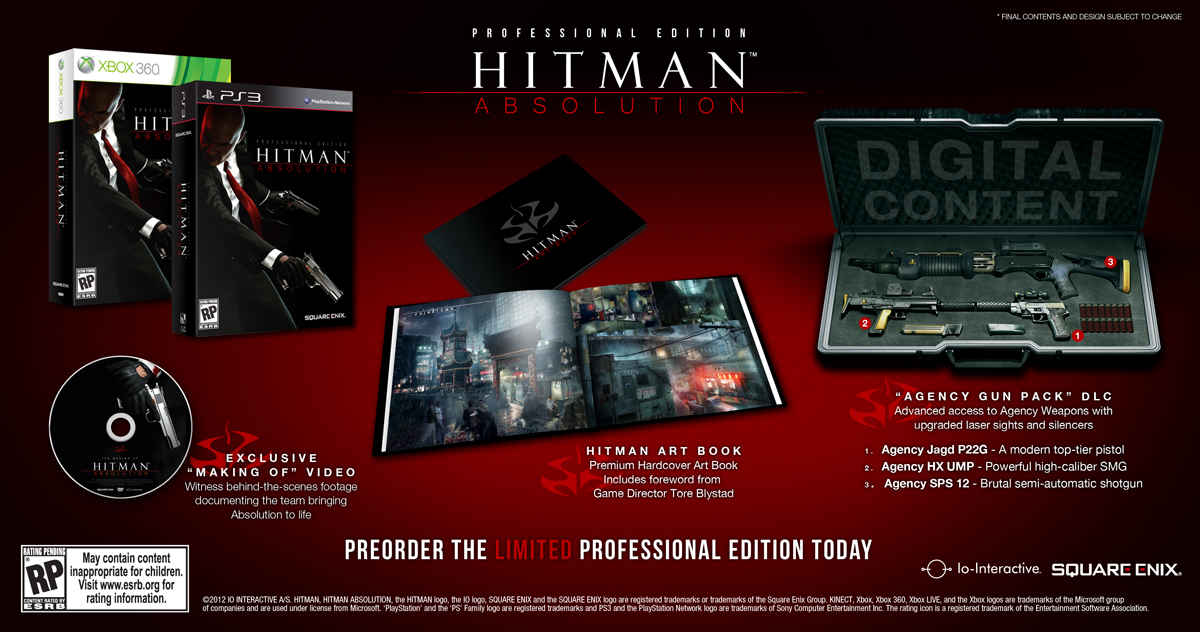 Hitman will always hold a special place in my gaming heart. Never have I so badly wanted to be a perfectionist in my approach to a situation than in this series. Don’t take damage, don’t get caught… It’s time to relive those moments again in the newest installment in the franchise, Hitman: Absolution. Pre-orders have been recently announced including physical and digital items included in the announced “Professional Edition” as well as retailer-specific (Amazon, Best Buy, WalMart, and GameStop) weapons. Also, the release indicates that additional pre-order items will be announced in May, tantalizing!

Unleash your inner perfectionist, and feast your eyes upon these weapons:

LOS ANGELES (APRIL 11, 2012) – Square Enix, Inc., the publisher of SQUARE ENIX® interactive entertainment products in the Americas, today announced the HITMAN®: ABSOLUTION™ PROFESSIONAL EDITION is now available for pre-order. The professional edition includes a premium hardcover art book with a foreword from Game Director Tore Blystad, and an exclusive behind-the-scenes “making of” video. All packaged up in a clamshell box that looks as sharp as Agent 47™ in his suit, the Professional Edition is the ultimate way to experience the living, breathing world of HITMAN: ABSOLUTION.

The Professional Edition also includes advanced access to a range of in-game Agency weapons, giving the original assassin a deadly edge over his enemies from the outset. The Agency Jagd P22G pistol will suit silent assassins, while the Agency HX UMP submachine gun and the Agency SPS 12 semi-automatic shotgun will give Agent 47 the power to fight his foes head on.

Additional pre-order items will be announced in May.

About HITMAN ABSOLUTION
HITMAN: ABSOLUTION follows Agent 47, a cold-blooded assassin, who takes on his most dangerous contract to date. Betrayed by those he once trusted — and now hunted by the police — he suddenly finds himself at the center of a dark conspiracy and must embark on a personal journey through a corrupt and twisted world.

For more information and updates about HITMAN: ABSOLUTION, please visit the official website at: www.Hitman.com.
[/spoiler] 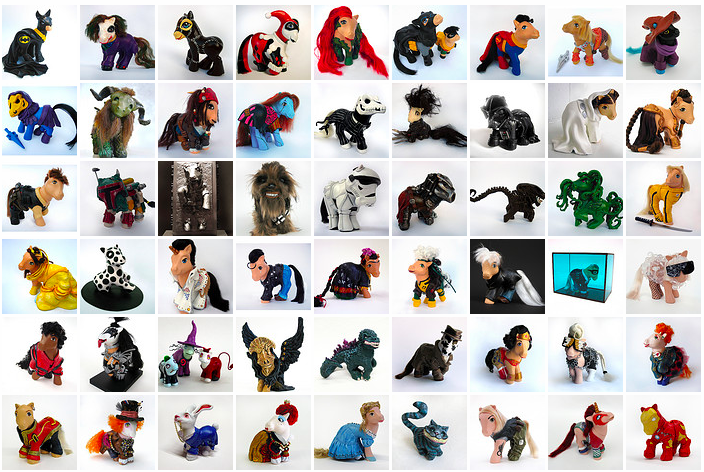 Attention Bronies and Pegasisters: If you haven't heard of Mari Kasurinen, then sit right here…

SOE announces that the long running and oft criticized MMO will end with a bang this year.