“You can argue all you want that those characters are all very different, but really it was like the developers took a syringe filled with “Solid Snake”  and injected it into their main protagonist.”

10) Bosses Immune to almost everything – We all know the drill.  You fight through endless minions using your entire collection of gadgets and weapons only to reach “a boss” that is totally immune to them all.  Big boss battles can be fun, but stripping the player of his/her abilities because “the boss has to be hard” is just lazy design.  Let us use our stuff, and find another way for that boss to be hard.

9) Mico-managing inventory – One of the main reasons I stopped playing WOW was the amount of “stuff” I had collected over the years.  Eventually my crap collection had gotten so overwhelming that I had to run away.  It was like an episode of virtual hoarders.  Games like Dragon Age: Origins also tasked the player with managing hundreds if not thousands of items for their entire party.  While these elements were removed in Dragon Age 2, I have yet to see a game that has an excellent and easy to use inventory management system.

8 ) Hold your breath! – I’m going to quote myself (because I’m allowed to do that). “What makes an painful game experience even more painful?  Swimming!  Swimming has become a staple of gaming since the days of Super Mario Brothers.  Random “water levels” have become a great way to “break up” repetition when designing a video game.  In all my years gaming, I’ve never heard anyone say they “like” water levels, yet developers keep dishing them out time and time again. We hate them guys… really.” The sad thing is at this year’s E3 HUGE games like Modern Warfare: 3 and Gears of War: 3 both showcased underwater sequences. Were we supposed to get excited about this?  I sure love moving slowly with blurry vision.. 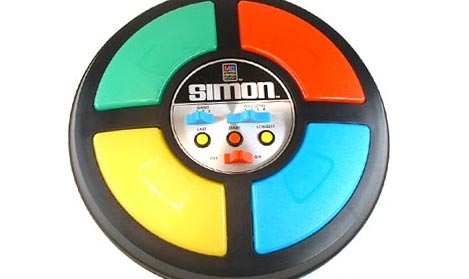 7) Quick-Time events – Since the days of Dragon’s Lair, quick time events have been a big part of gaming.  In recent years QT events have managed to sneak their way into almost every action/adventure title in existence. I don’t actually HATE these Simon-esque sequences, but they tend to get repetitive and annoying.  How many times in God of War do we have to (O , X, Triange, Square) decapitate that damn creepo!?  I understand that you want us to feel powerful by showing off some cool/flashy take-down, but please don’t tie it to a 8 button sequence we have to do over and over again. I suck at Simon.

6) Broken net-code – I have sympathy for you developers, really I do.  However, shipping your multiplayer game with a broken multi-player component is like selling someone a car with no engine.  It looks pretty, but it’s not really going anywhere.  The age of lag-free gameplay is finally upon us.  Figure out what the big dogs are doing to make their games lag free and copy them!  Maybe if you ask nicely they’ll fill you in on their secrets. 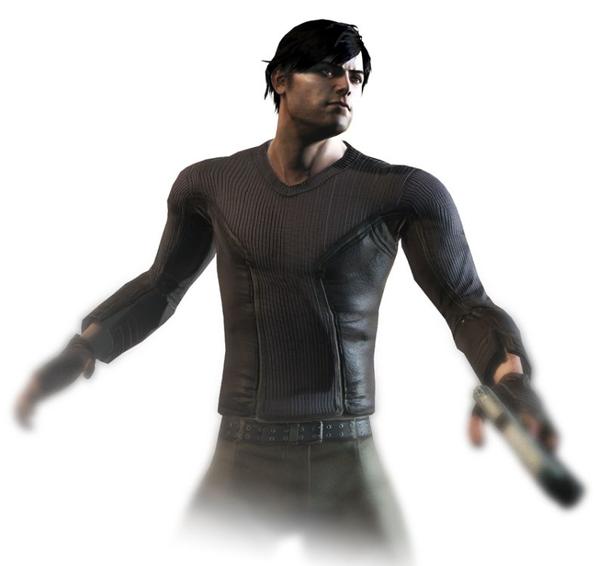 5) That dude with the brown hair – Here is a short list of video game protagonists that are pretty much the same guy in different games:  Call of Duty(all of them), Vanquish, Dead to Rights, Dark Void, Just Cause, Dark Sector… etc.  You can argue all you want that those characters are all very different, but really it was like the developers took a syringe filled with “Solid Snake”  and injected it into their main protagonist.  Mix it up a bit!

4) Escort Missions – I’ve become sour and tainted.  When I see an escort mission I instantly know I’ll probably have to do it more than once.  Is it because I’m a terrible player?  Maybe… but really it’s because escort missions are all about memorization of enemy attack patterns.  They’re rarely exciting and tend to be an exercise in patience.  On occasion they do work well with the narrative, but most of the time they’re done to “break things up a bit”.  Note: if your game is awesome, we don’t want it to be “broken up”!  All awesome, all the time.

3) Scores and Timers –  A double whammy!   Scores and timers have been a staple of Japanese gaming for nearly twenty years.  Games like Dead-Rising are a massive race against the clock.  The game actually punishes you for taking your time.  Don’t rush me!  I understand why scores and timers exist, really I do, but timed missions are cruel and lazy.  In recent years games like Bulletstorm and Vanquish have found new ways of making player score more innovative and useful.  Bulletstorm for example actually lets you use your points as a form of currency.  Points in most games mean nothing.

2) Bad A.I. – From an outsider’s perspective programming A.I. seems like it’s pretty hard to do.  Perhaps this is why so many companies are terrible at it.  Poor A.I. makes for poor game-play.  Even if you have the coolest toys in the world at your disposal, shooting glorified mannequins gets old fast.  On the other hand making your A.I. too powerful and omnipotent is also a game-breaking problem.  If your enemies can see and hear you through walls and never miss a shot, you’re asking the player to face off against an army of super-beings.  Is that really fair?   Fix the A.I.!

1) The Silent Protagonist – Bioshock, Dragon Age: Origins, Crysis 2, Fallout 3 – All amazing games that are missing one very important thing,  A strong main protagonist.  The concept (of a silent protagonist) makes sense, the PLAYER is the main protagonist, but did we ever REALLY buy that?  It’s very possibly to let the player control a strong (and voiced) protagonist and still get that feeling of power and immersion.  Some of the best games in recent years like: Mass Effect, Brutal Legend, Red Dead Redemption, Gears of War, and Uncharted all have iconic main characters that talk.  Does having a voiced protagonist make those games better than the ones previously listed?  No, but it makes them more memorable, and I would imagine more marketable.  Nathan Drake, Commander Shepard, John Marsden, Eddie Riggs, and Marcus Fenix are now characters of legend, right up there with Mario.  Who is the main guy from Bioshock again?….

Video games have grown and changed a lot in the past decade.  It is about time developers stop using techniques that were developed ages ago and focus on true innovation and game play variety.  And please, no more swimming…