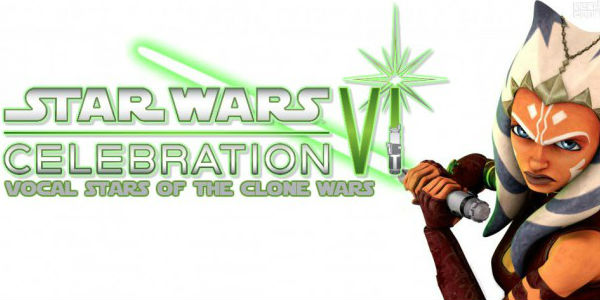 One of the first stops on my Star Wars Celebration adventure was the panel for the Vocal Stars of Star Wars: The Clone Wars. What started off as a show geared toward children and teens has slowly transformed into a powerhouse of storytelling and action. Hosted by the incredible James Arnold Taylor, the panel featured the vocal talent of Dee Bradley Baker (Captain Rex and the clones), Ashley Eckstein (Ahsoka Tano), Tom Kane (Yoda), and Matt Lanter (Anakin Skywalker). This was the panel two years ago at Star Wars Celebration V that made me fall in love with voice acting.  Don’t get me wrong, I’ve always had a ton of respect for the craft, but listening to this crew in action really gave me a whole new perspective on voice acting in general.  After listening to the cast explain the process of acting and recording Star Wars: The Clone Wars, it dawned on me that without their talent the world of Star Wars wouldn’t be what it is today.

Beginnings: The cast spoke briefly about how they were all cast to play their respective characters, and each had an interesting tale to tell.  Ashley Eckstein originally went in to read for the role of Padme Amidala, but had too “young” of a voice.  It was also revealed that Ahsoka was originally supposed to have an Icelandic accent, but Eckstein was never quite comfortable pulling it off even after studying audio tapes for a number of hours.  Matt Lanter got the part of Anakin after reading for another character entirely. Lanter had no idea walking into the audition that he’d be playing one of the most iconic heroes (and villains) in movie history.  Tom Kane had been performing the voice of Yoda for over a decade since Frank Oz retired from the role and was already quite comfortable with the part.  Kane, who also performs the voice of the narrator, initially disagreed with having a narrator at all because he felt the “scroll” was such a key part of the Star Wars cinematic experience.  However, once he realized it worked so well, he didn’t mind anymore.  Dee Bradley Baker, who worked with supervising director Dave Feloni on Avatar: the Last Airbender, was not expecting fans to love the clones as much as they do.  Dee dazzled the audience with what only can be described as a symphony of monster sounds. Fellow cast mate James Arnold Taylor did a great job in making the panel feel more like an intimate family gathering than and a stale and scripted con panel.

To wrap things up the crew was given a script written by James Arnold Taylor in which Anakin, Ahsoka, Rex, Yoda, and the whole gang make their way to Star Wars: Celebration VI.  Explaining it would be silly.. Have a listen!
Clone Wars – Celebration 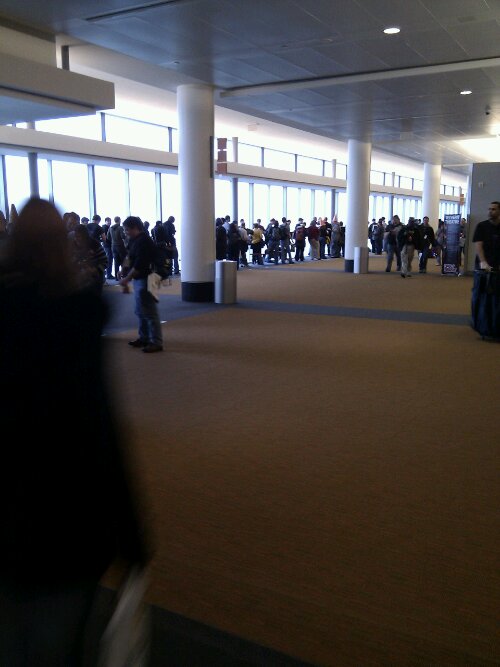 PAX is filling up early 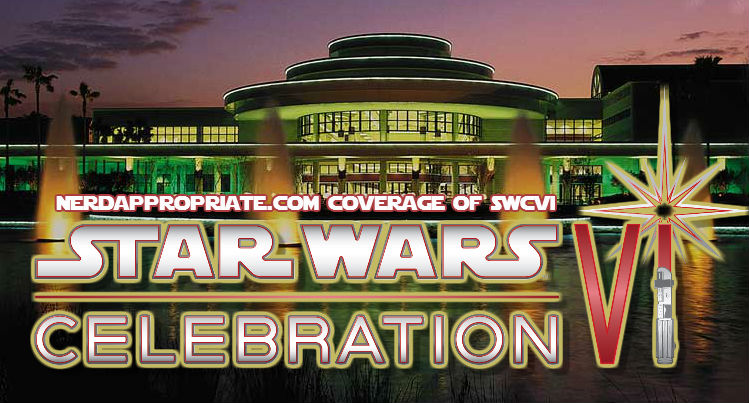 Orlando FL is the theme park capital of the United States and we’re just starting to get a ton of incredible conventions in our humble city as well. Due perhaps to the success of Disney’s Hollywood studios, Orlando is lucky enough to once again be the home of the biggest Star Wars convention in the entire galaxy, Star Wars Celebration VI.  Here are some of the panel highlights for the big con taking place between August 23 – August 26th 2012.  It should also be noted that we’ll be doing our best to provide coverage of the event, and are really keeping our fingers crossed that there will be a lot of Twi’Leks with nice lekkus.

Space Nazis! People seem to really like their space Nazis. The premise is a simple one, the Nazis with their top secret technology fled to the Dark Side of the Moon after losing WW2, and are finally ready to strike back. Details within.