The world of Gransys can be violent, punishing, and downright cruel.  While the game’s introduction does its best to ease players into a vast new world, there are a handful of things players should know that’ll make their adventures in Gransys that much more efficient and enjoyable. Behold, five tips for surviving Gransys!

A rich open world awaits you!

1) The Bottomless Chest –  Once you reach town you’ll gain access to a bottomless chest within the inn that can be used to store all of your glorious loot!  Since weight directly impacts your avatar’s combat performance and travel speed, its important to unload all the crafting material you’ve accumulated  along the way.  All of those bones, skulls, and pelts actually weigh a ton and more than likely will not be used outside of the city gates.  Stash all of your excess “stuff” in that chest each and every time you hit town!

2) Know the Universe – Most of the complaints about Dragon’s Dogma stem from the narrative and not the gameplay.  I’m here to tell you that the story you’re looking for is actually lurking underneath the hood, you just have to look for it!  Capcom did a great job compiling character biographies that will make the confusing narrative make much more sense in the end.  Head on over to the official Dragon’s Dogma character page and read up on the main cast before you even start your adventure…trust me.

More armor and weapons than you could ever really wish to collect...

3) It’s Not Over – In perhaps the best “end game scenario” in recent RPG history, there is a whole lot to see once the credits roll and the primary quest is complete.  Many players are often reluctant to finish an RPG since they’re worried about losing all of their precious levels, gear, and loot, but I’ll let you in on a little secret, the Dragon’s Dogma new game + will allow the player to redesign his/her avatar and renter Gransys with all items, levels, and bank contents still 100% intact (there is even an achievement for completing the game a second time with the same avatar).  So relax, explore, level, and have fun!  I promise that there is a  whole lot to do even when you think the game is over. 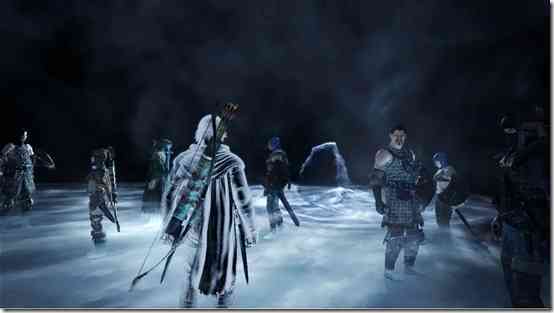 Your pawns gain knowledge, experience, and valuable loot depending on their versatility and appearance.

4) Pamper your Pawn – As we told you in our Dragon’s Dogma review, the Pawn system is an incredibly fun way to share your sidekick with other players around the world.  Always keep your Pawn’s appearance unique and their equipment up to date.  Having a pawn that specializes in a particular school of magic or combat can make them more appealing to other players who are looking for something special to round out their party.  If other players truly like your pawn, they will undoubtedly keep them for a number of adventures (your pawn can even appear in their end game credits) and may even shower them with prizes.  You can get some incredibly good stuff by simply having a pampered pawn.

5) Multi-Class – Dragon’s Dogma does not punish players for experimenting with all nine of the classes currently included in the game.  Slowly I discovered that it’s actually better to experiment with ALL of the classes due to the powerful cross-class persistant buffs that can benefit any class.  For instance, the ability to carry more weight or to never tire from sprinting can be found in the warrior and ranger trees respectively, but can then be used by any of the other classes in the game once unlocked.  The best plan is to spend a few hours leveling all nine of the classes up to level four or five in order to unlock a bevy of cross-class buffs that can then be used to make your avatar that much better.