Orcs Must Die was one of our biggest surprises/hits from PAX East 2011. We loved the take on tower defense and how fluid the gameplay felt. At the time I played it on the Xbox 360 and continued that trend on my own machine at home. Apparently I was one of the few who did that, on the Xbox at least. Citing that the sales weren’t what they expected on the Xbox, the new version of the game will sadly not be released on that platform. They are going PC only and looking for Steam to distribute the game, and if saying that alone isn’t enough to make you upgrade the RAM on your desktop, let me give you a few more reasons.

Orcs Must Die 2 seems like a logical addition to the first game. When playing it you may have thought, “man I love the game and the combos are endless, but I wish I could change up how my guy plays.” Well, they fixed that for you. This time around you have the choice of two characters: (1) The familiar War Mage who is more of a tank like character doing more damage in a single blow but lacking any sort of variation on the hack and slash method of playing. (2) The new addition of the Sorceress, a more elegant take on killing Orcs. She offers you the ability to charm opponents into fighting on your side, summoning huge skeleton creatures to trample your foes and generally feels snappy and lighter.

A little gameplay among the two players

The familiar trap setting and endless combinations are back, with even more destruction to be wrought. I am neglecting to mention the largest change though, the addition of co-op. I played as the Sorceress with my companion and generally felt less frantic. Not to say I didn’t have panic moments or that the challenge was reduced, but more so that I was able to control my bouts of grief when attempting to slaughter the orcs en route. I was able to trust in the fact that when 3 doors opened up at the same time, my buddy would have my back, making me feel a little less like screaming while trying to back track to the correct door to stem the tide of orcs into my base. The gameplay felt balanced and I never felt like my companion or I were stepping on each others toes. This was with little communication between us, nor was it someone I game with all the time. I think it speaks to the map and system that Robot created that I demoed the game on.

Lastly, there are new breeds of orc battling through your onslaught. Many of varying size, shape and speed, making a simple defense perfect one round and useless the next. The first go around generally mixed it up by adding flying units, but this time with speed, strength and ability the enemy combinations are endless and defeating each wave takes careful consideration and quick wits.

We’ve said it elsewhere on this site, but Robot Entertainment keeps churning out fantastic, fun to play games. They seem to strip things down to their most basic components and then build on it until they have something balanced, enjoyable and yet still challenging to beat. This and the first title are both recommendations on Steam, and Robot is throwing in a bonus on PC for anyone who has the first game when they pick up the new one this summer. 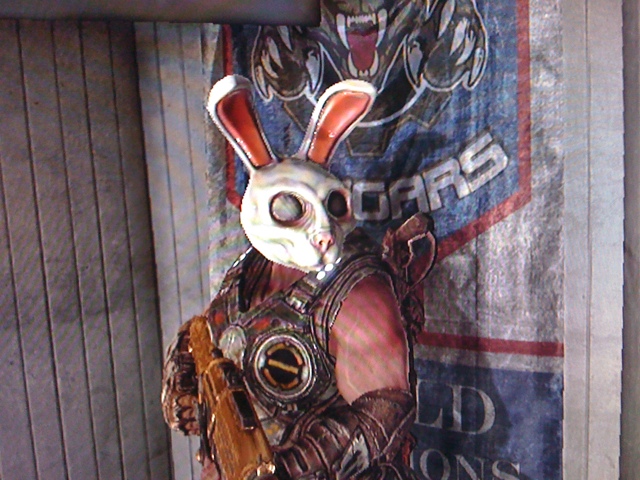 Good news for Gears fans! Today is Easter, and it appears the denizens of Sera…