The year was 1994 and I was sitting at my computer covered in Dorito crumbs and shattered dreams. After hours of playing XCOM, my entire squad of super soldiers had met their demise due to a simple mis-click.  Since death in XCOM was permanent, it was time to reload and try again… and again.  For those of you that actually remember 1994, the internet wasn’t really a “thing” yet (AOL anyone?).  It was a different era, and computer games were punishingly difficult and unforgiving.  The lack of forums and FAQs meant that players either had to get really good, or simply give up.  XCOM: UFO Defense was one of my favorite strategy titles of all time, despite it’s brutal difficulty.  For nearly twenty years I’ve been waiting for a proper sequel, and I’m very happy to say that XCOM: Enemy Unknown is that title.

Panel Coverage: As we filed into the Manticore theater I was shocked to see how many people were just as excited as myself to learn a little bit more about what Firaxis was cooking up.  What I discovered was that many of the folks working on Enemy Unknown had also spent their childhood covered in Dorito crumbs while playing the nefarious XCOM. I was not alone.  Lead Designer Jake Soloman (who looks and acts like a funnier Dane Cook), spoke candidly about how the X-Com series was the game that made him want to create video games.  Solomon also stated that after arriving at Firaxis, his personal dream had always been the creation of a new XCOM title.  His passion for the project was evident, and it showed.  Here are some of the key points that the panel addressed, and why you should start to get REALLY excited.

The Game: The theme has not changed from the original.  In the game the player controls a multinational paramilitary organization called XCOM, which exists to stop aliens from taking over the world.  As a hard-core turn based strategy game, Enemy Unknown is all about ground combat and squad command.  To clarify, the player won’t be commanding dozens of units on the battlefield, but a half dozen.  As with the original XCOM, there will be elements of resource management, research, experimentation, and base building to keep players occupied between missions.

Consequences: One of the hardest things about the original XCOM was saying goodbye to lost squad members. As with the original XCOM, the death of a squad member will remain a serious and permanent thing.  Back in the olden days, XCOM players would reload failed missions in the hopes of doing things a bit differently.  Back then we became very attached to our squaddies, even though they had no fancy voice acting or dialog of any sort. Did XCOM teach me what death was all about?

Music: The music will be done by composer Mike McCann .  The devs chose McCann due to his impressive work on Deus Ex: Human Revolution.  Like Deus Ex, the XCOM soundtrack will be “Dark Synth” and not orchestral. 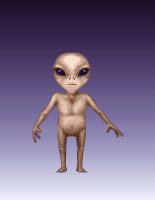 The Look: The graphics were incredibly stylized and didn’t really resemble anything I’d seen in recent years.  All of the original XCOM aliens will in fact be returning with a modern coat of paint and actual 3D models! There were a lot of laughs in the hall while discussing the necessary changes made to the Sectoid aliens, due to the fact that when modeled in 3D they resembled naked children.  While playtesting an early build, Sid Meier himself stated  that he felt uncomfortable blasting shrieking naked sectoid kids, forcing the team to make the Sectoids more feral and sinister than their 1994 counterparts.  Other classic creatures were shown to the audience like the intimidating Muton (who was “packing”) and the Cyber-disk which now has the capacity to shift forms depending on the situation at hand.  The Environments were well modeled and remained highly destructible, and I must say that the explosions and gun fire were very well done.

Strategy Done Right: I left the Manticore theater feeling incredibly exited. In recent years, strategy fans have been forced to play the majority of their games on mobile devices and haven’t had much to play on their home consoles. Enemy Unknown seems to have taken what worked with the original XCOM and made it even better. If games are going to be remade, XCOM: Enemy Unknown is a perfect example on how to do it right.