Resident Evil is a franchise I’d love to see make a comeback.  The Decline of the Japanese video game industry has left us without a proper Resident Evil 6.  For now we’ll have to settle for Resident Evil: Operation Raccoon City.  We’ve been covering RE:ORC since it was but a whisper in the wind and we really like what we’re seeing, class based, frantic, multi-player zombie killing co-op.  Think of it sort of like team fortress, but with zombies.  While squad size is limited to four, there will be initially SIX classes to choose from (oh, and HUNK has been revealed to be an unlockable character so… I guess that makes 7).  That’s right, the folks at Slant Six snuck some new characters into the mix making the players pick and choose their lineup, ultimately leaving two commandos on the bench.  Take a look at these new characters and what we know of their abilities. If you’re curious about the four previously revealed characters check out our guide: Resident Evil: Operation Raccoon City – meet the bad guys.

Lupo: Revealed to be the team leader, Lupo’s abilities are still a bit of a mystery.  What we do know is that she’s the team’s weapon expert, which leads me to believe she’ll probably function a bit like a bard providing party buffs and increased weapon damage.  I also challenge you to place her accent , because I can’t for the life of me place it. 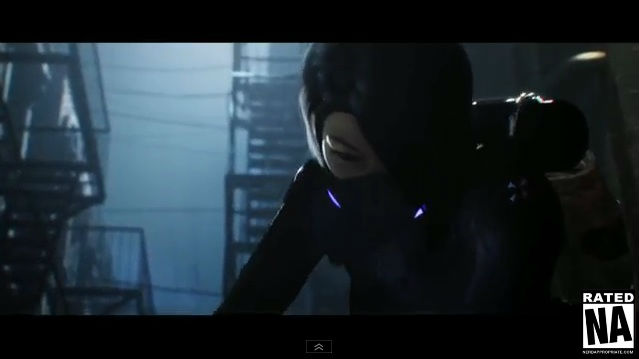 Four Eyes:  Four Eyes is the other new addition to the team, and arguably the one with the most interesting ability.  Apparently by gathering various BOW samples, Four Eyes will be able to inject a BOW (Bio, Organic, Weapon) with a control serum that enables her to gain control of the zombie, Licker, or even Tyrant for a limited amount of time.  I can already tell you that Four Eyes will be a fan favorite.

ABOUT CAPCOM
Capcom is a leading worldwide developer, publisher and distributor of interactive entertainment for game consoles, PCs, handheld and wireless devices. Founded in 1983, the company has created hundreds of games, including best-selling franchises Resident Evil®, Street Fighter®, Mega Man® and Devil May Cry®. Capcom maintains operations in the U.S., U.K., France, Germany, Tokyo, Hong Kong and Korea, with corporate headquarters located in Osaka, Japan. More information about Capcom can be found on the company web site, www.capcom.com.
Capcom, the Capcom logo, Resident Evil, Mega Man and Devil May Cry are either registered trademarks or trademarks of Capcom Co., Ltd., in the U.S. or other countries. Street Fighter is a registered trademark of Capcom U.S.A., Inc. “PlayStation” is a registered trademark of Sony Computer Entertainment Inc. Microsoft, Xbox, Xbox360, Xbox LIVE and the Xbox logos are trademarks of the Microsoft group of companies and are used under license from Microsoft. Nintendo 3DS is a trademark of Nintendo. All other trademarks are owned by their respective owners. All other trademarks are owned by their respective owners.

Just got done taking notes on the new Dragon Age II: Legacy DLC webcast. The folks at Bioware were cool enough to answer a ton of questions about the upcoming DLC, and lucky for you all… I took notes.

I made a big mistake.  When I initially play tested Skyrim at Pax: Prime in Seattle this…