I have to hand it to all of the journalists out in L.A. who are probably passed out due to their hard work covering the E3 convention.  How they can enjoy the convention, sneak back up to the press room, write an article, and still find time to actually play some games is a total mystery. I’m exhausted just watching the convention at home on all of my devices. It really is a whole lot of gaming news to take in. If you haven’t been paying attention to the E3 news for one reason or another: G4, Giantbomb, IGN, and Joystiq have some stellar coverage on their sites.  If you’re like me, watching from the sofa, your DVR is probably close to full with interviews, trailers, and hands on demos kindly provided by Spike and G4TV.  I went ahead and gathered up a few of the things that have blown my mind thus far… and there have been a few.

Our love of Mass Effect is no secret. In fact, we cover Mass Effect more than any other game. So when we heard there would be a ton of new footage of Mass Effect 3 at E3, we were all pretty excited.  Mass Effect’s new teaser/trailer further proves exactly what I predicted way back in March “So how does ME3 begin? Because Shepard made the promise to go to Earth and face the court for his/her crimes, this is where the game will begin. Shepard will be on Earth in his/her “dress blues” (or in prison) when the Reaper invasion finally reaches Earth. The crew of the Normandy will more than likely have to be rediscovered over time, as they scattered into the winds after Shepard’s trial/incarceration began. Mark my words.. Earth, trial, invasion, Miranda butt.”Mass Effect 3 looks incredible with a new combat mechanic and deeper RPG elements. I’m very excited to see what melee moves the other classes are packing, because as of now we’ve only seen the soldier.

Mass Effect with Kinect – Microsoft no doubt has been encouraging its 3rd party developers to intregrate Kinect into their biggest titles. This year we saw major companies like Ubisoft find ways to inject Kinect technology into their upcoming games. Mass Effect 3 hasn’t escaped that mandate. From what we understand, players will be able to issue squad commands, change ammo types, and execute moves that previously required you to pause the game, simply by using the Kinect’s voice detection software. While I’m excited for this, and hope it turns out great, the first few times Liara runs off into the sunset on accident, my Kinect is getting unplugged. We here at Nerd Appropriate have been talking about using Kinect to issue commands to our virtual squad mates for a while now, and we really hope this works as well as planned.

Elder Scrolls V Skyrim: Kiss your life goodbye – I’ll admit, I never played Oblivion. When Oblivion launched I was gripped in the unforgiving clutches of World of Warcraft (I don’t think I played anything else for a few years). I simply didn’t have time to play the game. When I started seeing screens of Skyrim, I got worried, could this game really exist on our current generation of consoles? Well it seems that the folks at Bethesda have worked their magic yet again. Skyrim looks fantastic and boasts over 300 hours of game-play and over 150 unique hand made dungeons (sorry DA2). That’s a whole lot of game-play for a low price tag. One of the most amazing things I saw was how deep and immersive the game actually was. In the world of Skyrim creatures wander the plains and Dragons cruise the skies doing the things that Dragons would do. According to the devs, Skyrim’s MOBS have a rich A.I. that enables them to have virtual lives of their own. You’ll never have the same adventure twice. During a game-play demo I witnesed a large red dragon swoop down and pick up a hill giant, only to drop him from a high altitude… seemingly because this is what a dragon would do. It really reminded me of THIS video (warning gross). Skyrim is massive and I can’t wait to lose myself in it.

Tomb Raider – Lara Croft is a video game icon. Long ago the Tomb Raider franchise was one of the biggest on the planet. Slowly, the artistic vision of the franchise began to spoil and it it became a sad phantom of its formal self. Losing the booty shorts and the twin Desert Eagles, Lara appears to be back to her spelunking roots. During an incredible game-play demo we got to see Lara escape a collapsing tunnel network while being pursued by baddies. The action was incredible, the voice acting well done, and the tension was palpable. I for one am excited to have Lara back and am very much looking forward to the new Tomb Raider.

Monster Jam: Steel Titans is the latest release in a series of monster truck games… 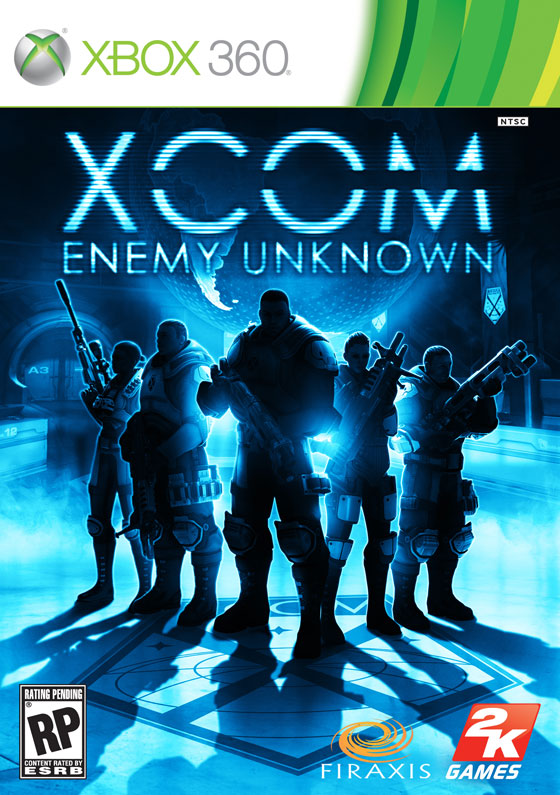 Seeing footage of XCOM: Enemy Unknown at this year’s PAX: East quickly reminded me how much I longed for the glory days of well executed turn based strategy.  Not only did the XCOM look incredible, it also seemed to mysteriously capture the tone and pedigree of the original title.  If you’re anything like myself and have been waiting for a proper release day for this long anticipated title, we’ve got great news, the wait is almost over!  XCOM is set to invade North America on October 9th 2012 for both 360 and PC. (click for more info)