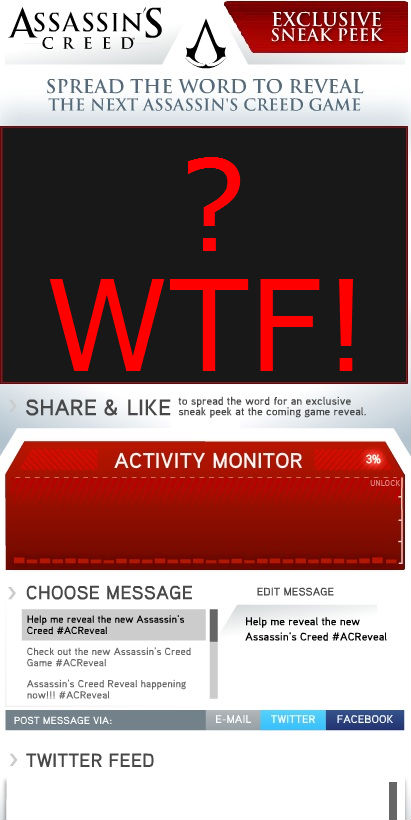 Like many of you, the Nerd Appropriate editors are huge fans of the Assassin’s Creed franchise.  Scott even went so far as to cut off one of his fingers as a show of devotion to Ubisoft’s murder simulator.  Good news for AC fans, Ubisoft screwed up!  Just this afternoon a mysterious message appeared on their facebook page stating:

“Assassins, the day you have been waiting for has arrived!!! Click the link below to help reveal an exclusive look at the upcoming Assassin’s Creed game!”

This link is still up and active, but the content and information seem to have been stripped from the page.  Ubisoft clearly wasn’t quite ready for the world to see this. What we DO know; Assassin’s Creed 3: Revelations will be arriving within the next year (rumors of Q4 2011 are boucing around the webz)…  Can’t wait for some damn “Revelations” already.