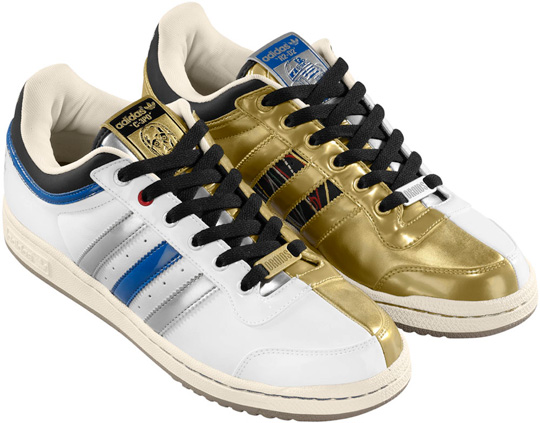 This post could have been titled “These are the shoes you’re looking for” or “Adidas from a galaxy far, far, away”, but I decided to take the low road and go with a pun. And here we are.

When the first line of Star Wars Adidas apparel came out, they were only available through Adidas Originals stores. You can count the number of locations on two hands. If you wanted a pair of rebel-flight-suit orange high-tops, you pretty much had to stand around in the store until the truck was unloaded, and even then you had about 30 min before they were gone, no joke. It was kinda like trying to buy tickets to Comic Con today, you just couldn’t get them. Of course if you had deep pockets and a monocle, like the Monopoly man, you could have gotten a pair off eBay at a modest markup of about 350%.  Somehow the supply didn’t meet the demand… what, did someone think, “who would want to buy Star Wars inspired shoes?” Go figure.

That was then, and this is now. For all you Star Wars geeks and shoe nerds alike the latest in the line of Star Wars Adidas apparel is still as fresh as those orange high tops that debuted about a year ago. Clear your mind of those images of Snoop D-Oh-Double-G wielding a lightsaber like a fool or Becks hanging out in the Cantina before the World Cup. What matters here is that the average nerd can actually purchase a pair of the new kicks without taking out a reverse mortgage (that’s a thing, right?) on his mother’s basement. And, styles are available online and even at Adidas outlets. In particular, check out the Jabba the Hutt high tops, droid kicks, and Wookie jacket. I’ve got a good feeling about this. 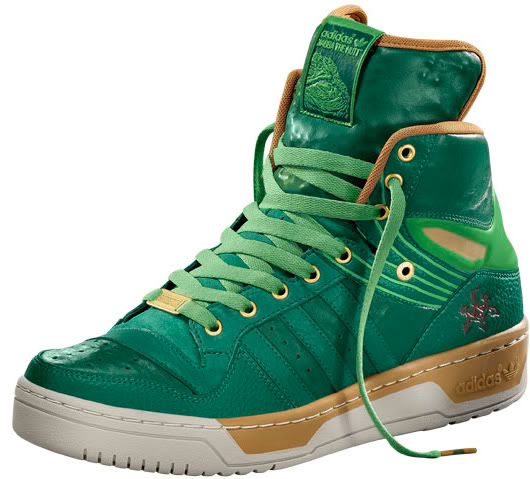 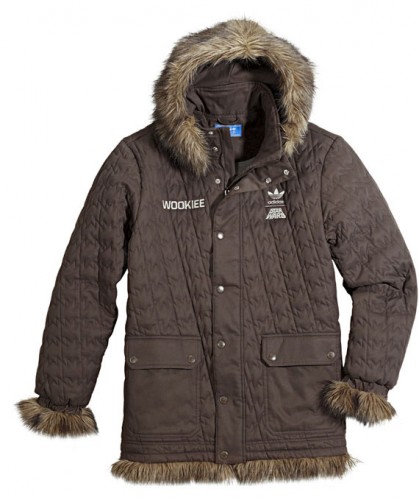 In an email received recently, Borders has officially shuttered the doors and will be commencing with a…