For those still unaware of Darkest Dungeon, Red Hook Studios is in the process of creating an incredibly slick turn-based strategy game with some play mechanics you probably haven’t seen before. On the surface, Darkest Dungeon may seem familiar with four characters delving deeper and deeper into perilous dungeons in search of plunder and glory, however this is where the similarities to every other dungeon crawlers stop. In Darkest Dungeon your character’s mental state is also a factor you have to worry about along with their health. Characters each have quirks (similar to Rogue Legacy) and some can worsen over time depending on the situations around them. For instance, you may send your Highwayman to the bar to ease his anxiety, but if you send him there too often he could end up developing alcoholism. While this may sound like more of a pain in the ass to manage than a feature that should be lauded, it really does add depth to your characters and challenge to the game. Sanity is fragile in Darkest Dungeon and without care your greatest hero could wind up becoming your greatest liability.

Hands On PAX Prime: This time around I had the option of choosing between a few different dungeons and decided to go with the Weald, which appeared to be a dark and twisted brier patch of sorts. Four new heroes were also available to check out  (Hellion, Bounty Hunter, Grave Robber, and Occultist) so I promptly added them to my party and set off into the unknown. It wasn’t long before I realized that these characters really weren’t like anything I’d ever played before in an RPG, and while each served a particular role, each of the characters felt entirely unique. For example, the occultist’s main weapon was a skull with a candle which he used to summon giant tentacles from another dimension; and while he could heal, his magic caused his target to bleed. Combat remained fast and deeply tactical with party-member position determining what moves were available to them; all of the characters, regardless of class, had gravitas. After fumbling my way through several traps and obstacles I made my way to an incredibly difficult boss fight that took a lot of coaching to get through. After landing a few incredibly lucky stuns, the lich-like boss finally fell and my mentally scarred party was able to fight another day. It sure wasn’t pretty. 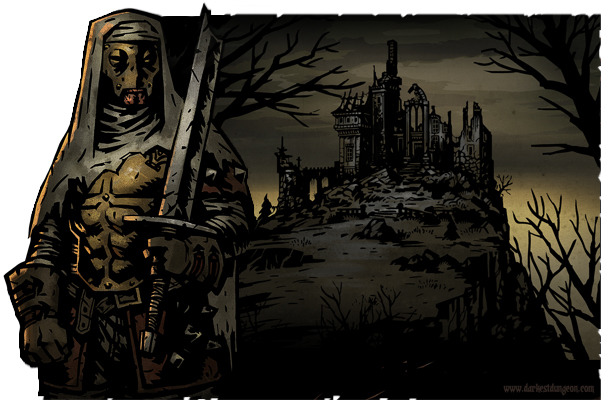 New at PAX Prime: I was initially concerned with exactly how deep the game would be, but after getting a sneak peek at the town mechanic my fears were squashed. From town, players can rest their party members, take missions, recruit new members, upgrade their village, purchase items, and a whole lot more. The team mentioned that the game’s narrative revolved around the inheritance of a dilapidated estate and the attempt to restore it to its former glory. While the town art was still in progress, what I did see looked really impressive and much larger than what I was expecting. A tavern, church, and trading outpost were all visible and looked great from what work had been completed.

Even with all the new additions to the Indie MEGABOOTH Darkest Dungeon remained one of the most impressive titles on the show floor. If you’re interested in Darkest Dungeon we have a special interview with members of Red Hook coming your way soon on our show Rated NA. You really won’t want to miss it. 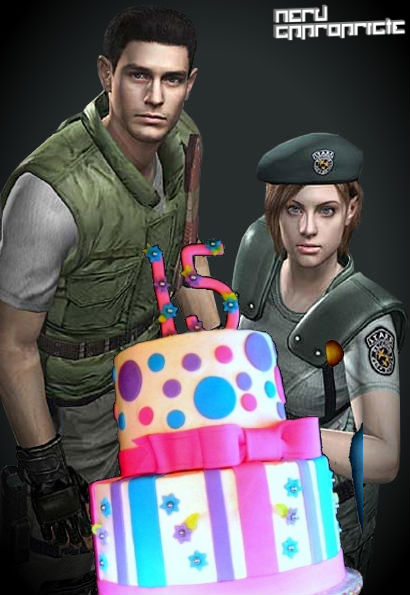 Has it really been 15 years? Love it or hate it Resident Evil is a very special franchise having single handedly created a new genre of game “survival horror“. Resident Evil as also was arguably the first game to heavily feature zombies. Since its release 15 years ago there have been dozens of clones, over 20 Resident Evil titles (including mobile games), and more games featuring zombies than I can count. What makes Resident Evil special? Great Heroes, amazing villains, evil corporations, kung fu, and colossal boss fights