Knights of the Old Republic is hands down one of my favorite BioWare games. The story and the characters have managed to bring a smile to my face throughout multiple play-throughs of the now classic title. However, in recent years it has been harder for me to play through KOTOR again due to the dated mechanics, ancient graphics, etc. It’s not that I hold KOTOR’s age against it, but why play it when I can play something shiny, new, and a bit more nimble? Porting the game to iOS has added fresh life to KOTOR, something which will delight old fans and, hopefully, bring in some new ones. 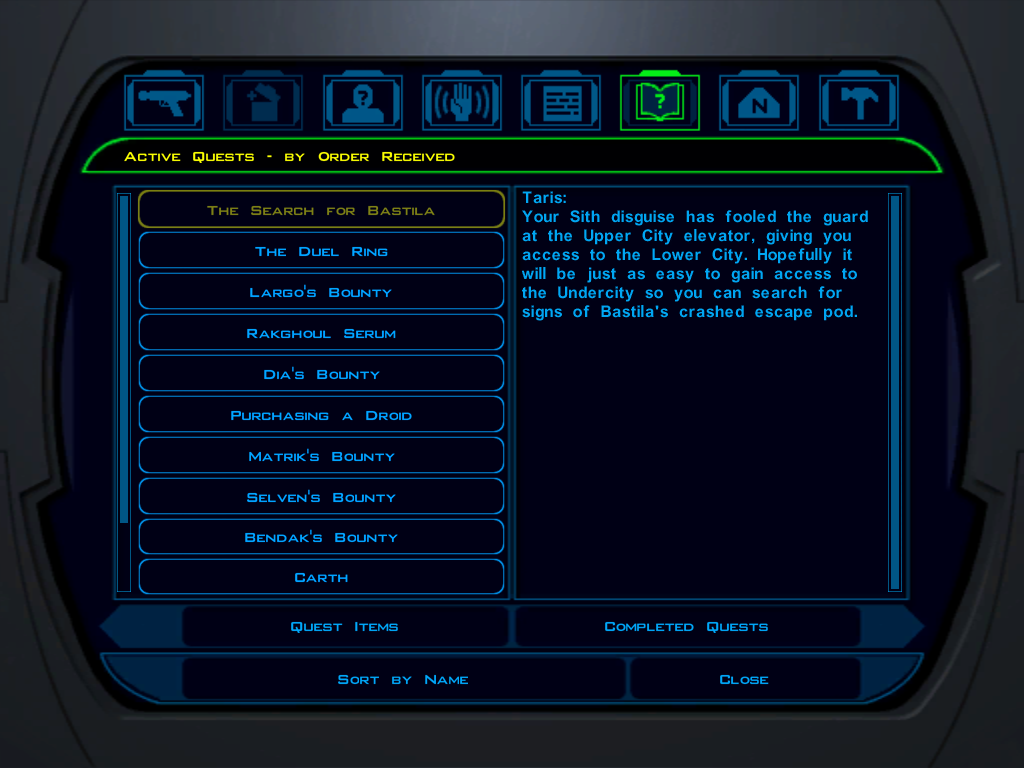 The mechanics haven’t changed too much (e.g. you still have to queue up attacks, medpacs); but, I have a lot more fun tapping and swiping my way through combat, and menus, than I ever did with my seemingly clunky Xbox controller. Everything flows a bit faster and smoother as I trek across maps, and minimizing the downtime in between the action makes me more tolerant of elements which annoyed me in recent years. Basic movement is also fairly seamless; I have gotten stuck behind Carth in rooms a couple times, but I used to do that on my Xbox, too.

The game looks damn good on the iPad too given it’s age. I presume this is the benefit of the smaller screen. The colors seem brighter, the details on characters faces and uniforms really pop nicely. My mulleted, his hair is so dumb, PC looks better than ever (Sidebar: playing a dude is totally worth it to romance Bastila!) There is the downside of screen glare. Depending on the lighting situation, the iPad screen can be rendered fairly useless, but that is not an uncommon issue for users. 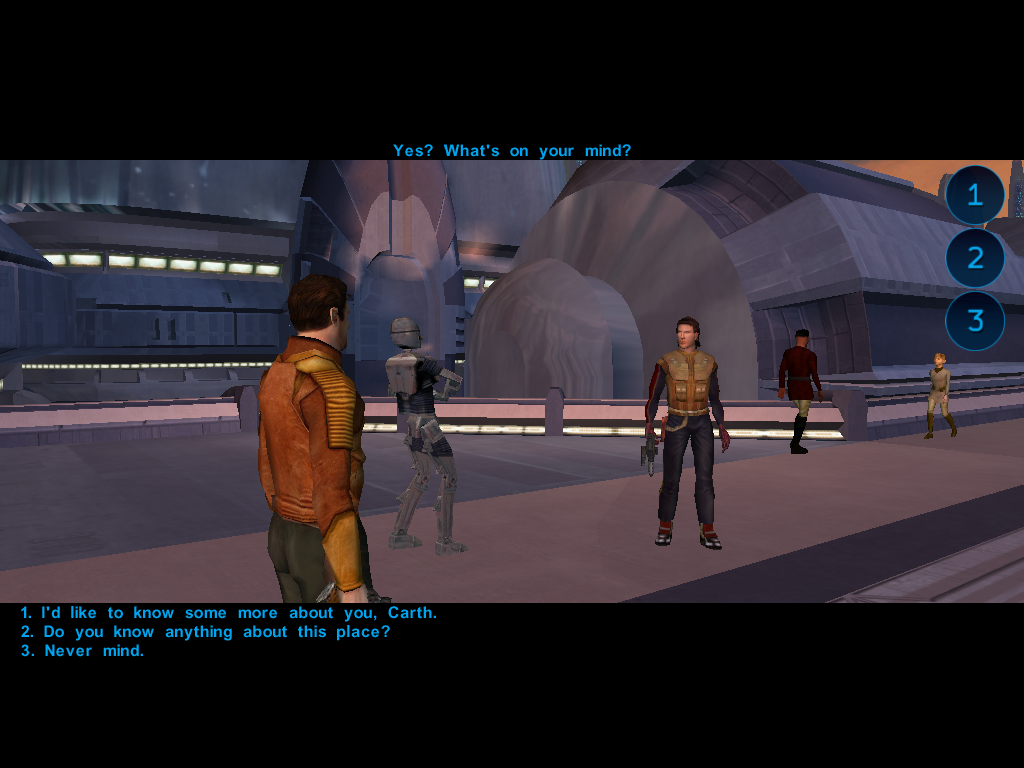 KOTOR is also a sizable app, 1.2GB I believe, which could impact some folks more than others depending on their device’s storage capacity. The price is reasonable though: $9.99 in the US iTunes Store.

I think it’d be awesome to see more older Bioware games (e.g. Jade Empire) released on iOS, especially given the lack of backwards compatibility on the Xbox One. Heck, it might be cool to see some new titles marketed on iOS, too. I didn’t game too much on my tablet before — unless I was traveling. With the release of Knights of the Old Republic on iOS it’s safe to say I have some extra incentive to pick up my iPad for more than checking e-mail at home.

I have to hand it to all of the journalists out in L.A. who are probably passed out due to their hard work covering the E3 convention.  How they can enjoy the convention, sneak back up to the press room, write an article, and still find time to actually play some games is a total mystery. I’m exhausted just watching the convention at home on all of my devices. It really is a whole lot of gaming news to take in.