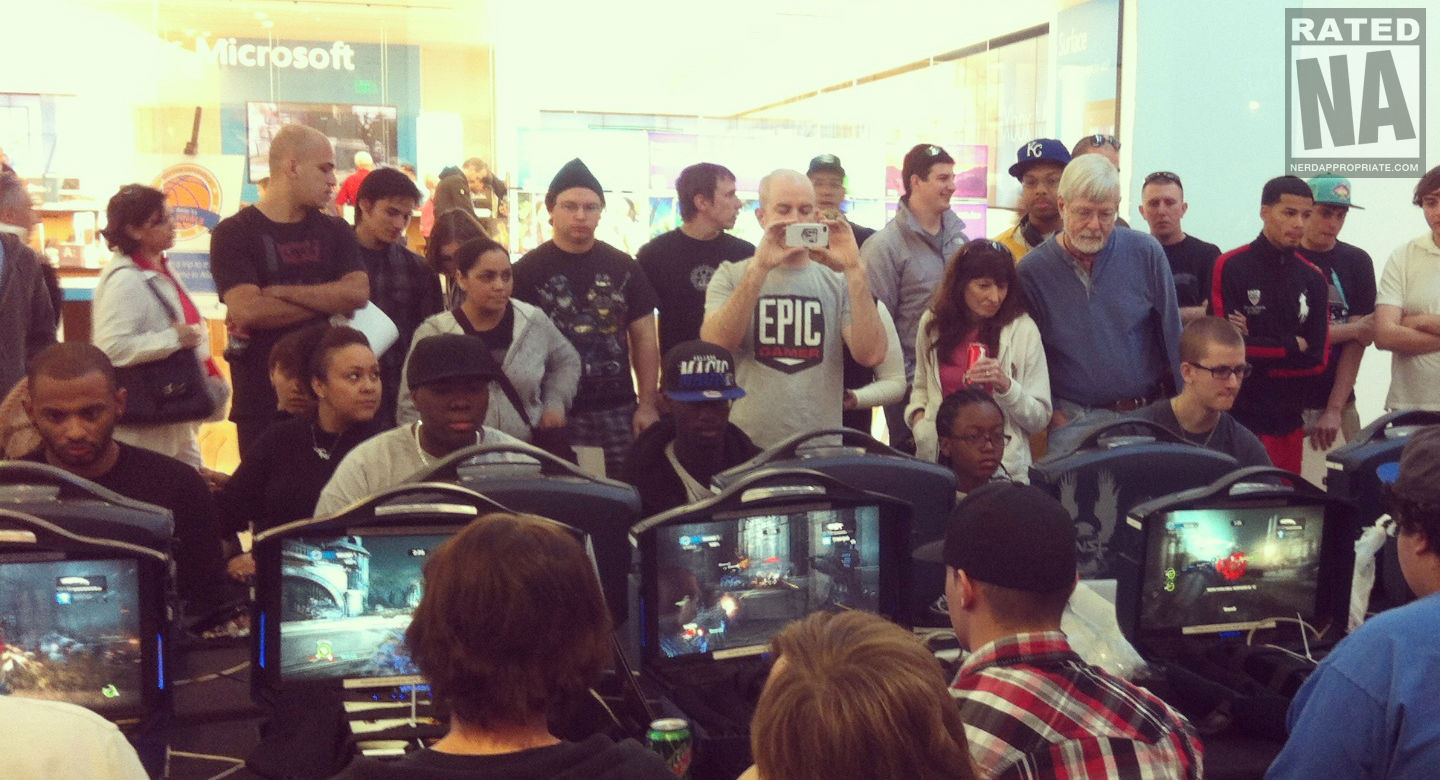 Epic Games dropped by Orlando to show off Gears of War: Judgment and we were lucky enough to get our hands on the brand new OverRun mode. If you were at all worried about the franchise you can exhale, it’s still incredible, and quite possibly better and more complex than ever before.

Class based multiplayer is the new addition to the Gears of War franchise, and while GOW purists may scoff at its addition, having defined classes with specific combat roles really does add a brand new level of depth (and fun) to the franchise.

OverRun mode pits the COG against the ever-scaly locust hordes in a game of attack and defend. As the COG it was our job to block the Locust from destroying our grub hole (see: objective).  And while it may sound simple, defending a grub hole is always serious business. The addition of playable classes really made the experience feel brand new. Engineers were able to slow the advance of the locust by placing barriers and turrets throughout the environment, while medics healed, scouts sniped, and soliders soldiered. As a medic I was able to get a fair amount of points by hanging back and playing “support”, while the other members of my team mixed it up on the front lines.  Some moments of the action were so intense that members of both teams were high-fiving and giving each other pats on the back.  Brothers till the end I suppose.

In terms of gameplay, the game felt a lot like Gears of War 3, with some minor changes to button functionality and weapon speed.  The ability to hip-toss (is that a thing?) grenades meant that they no longer needed to be “charged up” in order be thrown far distances.  This did seem to increase grenade lethality  but was by no means game breaking.  The new semi-automatic Markza sniper rifle, used by the scout class, was deadly accurate, but lacked the stopping power of the Longshot of old, while the Booshka grenade launcher proved deadly to large groups. Oh yeah, active reload still sounded and felt incredible.

Quite possibly the best part about the event was the overwhelming sense of community and positivity on display. To be honest, the event reminded me a lot of all the time I spent in the arcade as a kid.  In the olden days we’d wait for ages for a chance to face off against a total stranger in whatever game was popular at the time.  Sure, there was a ton of trash-talking and dirty looks, but in the end we were all friends united by our love of gaming. Sappy? Sure, but totally true.

Gears of War: Judgment hits shelves on March 19th and appears to be a worthy entry into the franchise.

Walking Dead: In Harm’s Way – Terror at the Strip Mall

"In Harm’s Way" (Season 2, Episode 3) is the latest, and perhaps the most cerebral,…