10:45-11:45 Epic Games: Fortnite Revealed— Host Jessica Chobot (G4TV’s X-Play,Attack of the Show) joins legendary developer Epic Games (Gears of War series) as they lift the veil on the new game Fortnite. Teased late last year, attendees will be the very first people in the world to see Fortnite in action. Get inside the minds of Epic Games’ design director Cliff Bleszinski and producer Tanya Jessen as they reveal inspirations, gameplay details, and why Fortnite is taking Epic Games in both a classic and all-new direction. Room 6A 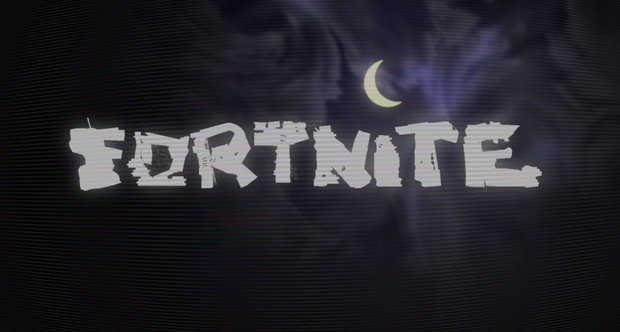 11:00-12:00 X-Play— G4’s X-Play is TV’s longest running and most watched video game show in the galaxy.* Each episode is packed with brutally honest reviews, live demos of the biggest games, and of course intern humiliation. Hosts Morgan Webb, Blair Herter, and Kristin Adams and executive producer Wade Beckett make their triumphant return to Comic-Con and promise a no-holds-barred live panel. They’ll take questions from the audience, debut a new comedy short, and give out prizes to a chosen few. This hour of reflection and finger pointing is guaranteed to be a life changing experience.** (*We think. **Probably.) Room 25ABC

12:00-1:00 Beyond: Two Souls: A New Breed of Interactive Storytelling from Writer/Director David Cage of Quantic Dream— David Cage, the co-CEO of Quantic Dream and writer/director of the 2010 hit Heavy Rain, discusses his latest project,Beyond: Two Souls. David will focus on the concept of creating innovative game play experiences that are woven together with emotion and story. Beyond: Two Souls is prepared to deliver an immersive interactive and cinematic experience based on emotional involvement and interactive storytelling. In developing a unique “interactive drama” to engross the audience, David and his team have introduced the concept of Virtual Performance Capture to videogames, where actors play the entire role in development of the game (from motion capture to dialogue). The session will cover techniques used to create an emotional and compelling experience, focusing on the company’s award-winning titles as well as providing a deeper look into their Beyond: Two Souls. IGN.com’s Greg Miller moderates with Cage and Academy Award nominee Ellen Page as they explore the “uncanny valley” of bringing realism and emotion to this current project. Room 25ABC

12:00-1:00 Machinima: The Future of Entertainment— Machinima has become one of the most talked about entertainment destinations in the world. Serving over 1.6 billion video views a month, the network has established itself with quality content and passionate viewership and is now considered the leading brand for the gaming generation. Don’t miss out on this panel with exclusive footage from Machinima’s new channel, Machinima Prime, which focuses on thrilling episodic content, including the much anticipated tentpole series Halo 4: Forward Unto Dawn. Be a part of mind-blowing discussions on the next wave of content creation and the new development paradigm. Catch guests from Halo 4: Forward Unto Dawn, the Machinima Prime Channel, and the Machinima Network. Indigo Ballroom, Hilton San Diego Bayfront 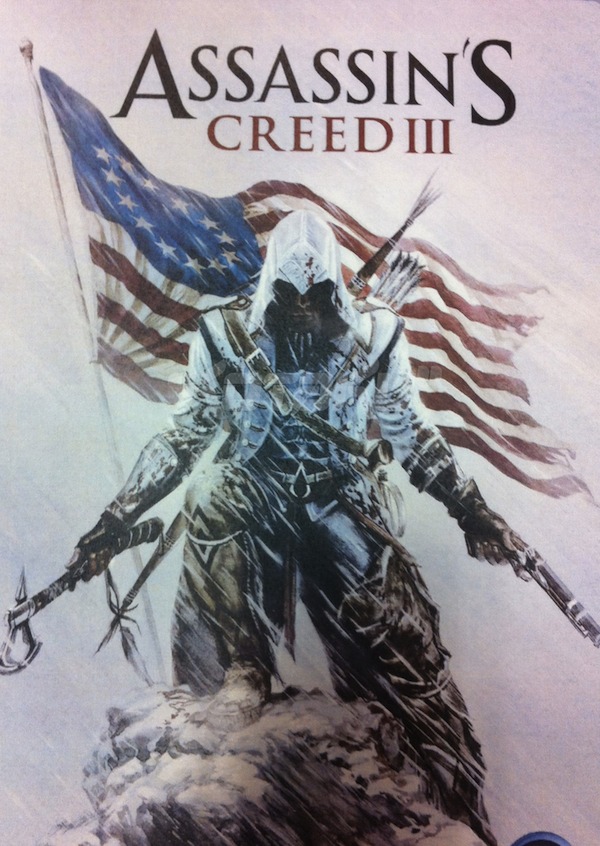 3:30-4:30 Assassin’s Creed III: Live Stage Demo— Meet Connor, the newest Assassin in the legendary franchise and the spark that will ignite the American Revolution into a full blaze. See for the first time a live demo of Boston, a bustling port city on the brink of revolution, presented by Alex Hutchinson (creative director). Experience the epic scale and scope of Assassin’s Creed III with footage of the frontier, colonial cities, and naval battles on the open seas. Witness Connor unleash lethal new skills and weapons in a stunningly realistic open world made possible by the Ubisoft-AnvilNext gaming engine. Get a behind-the-scenes look at the creation of the famous Assassin’s Creed III Steelbook made by one of the world’s preeminent and well-respected comic book artists, Alex Ross, and get a peek inside the mind of creative director Alex Hutchinson in a Q&A featuring a guest host. Room 6BCF

6:15-7:15 How to Get a Job in the Video Gaming Industry— Moderator Francis Mao of Capcom leads a panel of industry insiders from a variety of game companies and industry outlets to share how they got to “play video games for a living,” and the wide assortment of career paths that are available. You don’t have to be a programming whiz or a stellar digital artist to have a fun career in the video game industry. Hear what job opportunities are available in areas such as public relations, marketing, retail, publishing, editorial, and more. Hear from actual SDCC fans from past years who are now in the industry. There will be a Q&A session plus an opportunity to speak with and network one-on-one with the panelists after the session. Room 6A

7:00-8:00 Inside the Voice Actors’ Studio— Bang Zoom! Entertainment is excited to bring you this panel/workshop about voice acting that covers practical dubbing techniques, important issues such as studio protocol, and what to expect at your first audition. This is a great opportunity for attendees interested in the voice-acting profession to get firsthand advice and experience from the pros in an intimate yet dynamic setting. You will learn directly from some of the best voice actors and directors in the world and also get some inside information on how to break in and what the industry is really like. Celebrity panelists include renowned video game VO director Chris Borders (Gears of War) and multitalented voice actor Fred Tatasciore (The Avengers: Earth’s Mightiest Heroes). Room 11AB

7:00-8:00 Fan Favorite Projects Go Interactive— Meet the creative talents who have embraced the arduous task of adapting the music of top Sci-Fi and Fantasy projects to the most popular games on home consoles and smart phones. Learn how these franchises transitioned into this ever-growing multi-media realm from our special guests including composers Jim Dooley (Epic Mickey; Epic Mickey 2: The Power of Two), Gordy Haab(Star Wars: The Old Republic; Indiana Jones and the Staff of Kings), David Ari Leon(Contre Jour; Woody Woodpecker), Gerard Marino (God of War; The Amazing Spiderman), Kyle Newmaster (Kinect Star Wars), and Jeremy Soule (The Elder Scrolls: Skyrim; Harry Potter game series), and a special surprise guest moderator! A Q&A will follow the panel plus giveaways for attendees. Room 25AB

8:00-9:00 Mega64: Year One Panel— Join Rocco Botte, Derrick Acosta, and Shawn Chatfield (Mega64.com) as they bring their series of award-winning, critically acclaimed short films to a Comic-Con panel for the first time. There will be so many video game jokes that Garrett Hunter and Eric Baudour (Mega64.com) will have to attend too. There will be Q&A, but please don’t ask about previous arrests. Room 23ABC

2:00-3:00 Gears of War: Past, Present, and Future— G4 TV host and video game goddess Morgan Webb moderates as panelists from video game developer Epic Games come together to discuss the past, present, and future of the Gears of War franchise. The creative and technical minds behind one of the most successful game franchises in history will be on hand to share experiences with attendees. Panelists include Epic Games’ design director Cliff Bleszinski and director of production Rod Fergusson, writers Tom Bissell and Rob Auten, and the voice of Baird, Fred Tatasciore. Expect an extended Q&A session. Room 6BCF

3:30-4:30 The Art of Death and Darksiders II— A lively demonstration on bringing 2D comic art to 3D graphics and back again-Joe Madureira (Vigil Games Darksiders creator; artist for Avenging Spider-Man, Ultimates, X-Men), and Han Randhawa (Vigil Games, Darksiders I and II creative director) use exclusive examples from the creative development process to show how they bring a unique comic inspired vision to 3D life in the new Darksiders II video game from THQ, where you become Death, the most feared rider from the legendary Four Horseman of the Apocalypse. In part two, representatives from Dark Horse Comics demonstrates how they took this highly stylized universe in 3D, converted it back to a 2D comic book series, and expanded on the mythos, revealing scenes and storyline threads that complement the events of the video game. Working closely with the Darksiders team at Vigil Games, Dark Horse Comics is creating an important component to complete Joe Mad’s original vision. Room 5AB

4:00-5:00 The Titans of Fighting Games— With a third-party fighting expert leading the discussion, the Titans of the fighting game genre, Katsuhiro Harada (Tekken series director), Yoshinori Ono (producer of the Street Fighter franchise), and Omar Kendall(Playstation All Stars Battle Royale game director, SuperBot Entertainment), come together for the first time in this exclusive panel to talk about fighting games past, present and future. Be among the first to see surprise reveals from upcoming titles.Room 7AB

Post E3 chat with Cliffy B and L337Lauren on Redban!