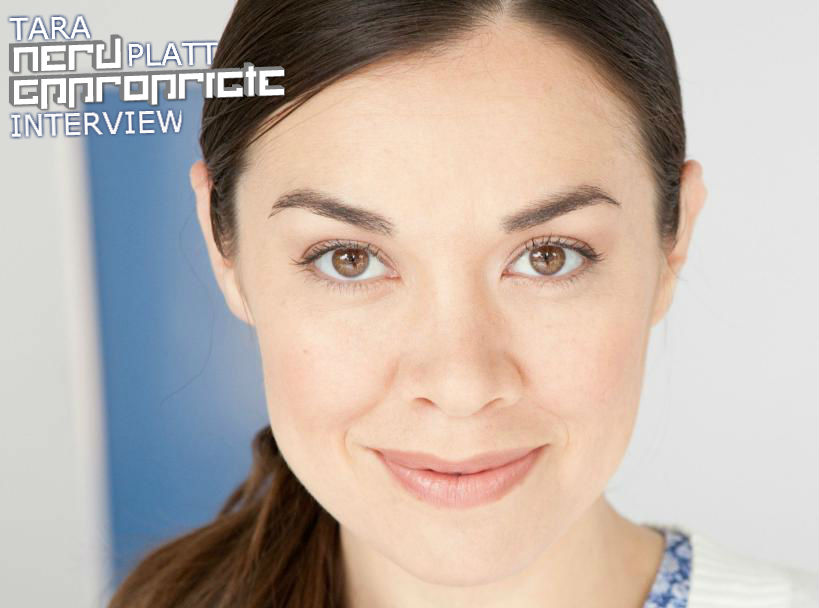 If you’re into the same things we are (games, movies, film, and animation) there is a good chance Tara Platt may have been a part of it. Starring in a number of roles both behind the mic and in front of the camera, Tara brings a ton of vitality to each and every thing she touches (and she touches a lot). Recently, Tara co-created Shelf Life, a new online comedy series based on the adventures of four action figure “friends” who spend their lives on the shelf of a young boy. Shelf Life is vulgar, witty, and has more polish than most of the shows you’ll find on network television.  If you have yet to discover this internet gem, well, now you have! Tara also recently voiced the main female protagonist (two of three) in Volition’s insane hit, Saints Row the Third. Please enjoy our chat with the incredibly creative and humble Tara Platt!  AUDIO STREAM BELOW

Ash: I just sat down to watch Shelf Life for the first time and I absolutely fell in love with it. So now I feel like we have a lot to talk about.

Tara Platt: I’m really glad that you enjoyed it. It really is one of those shows that I’m really passionate and excited about, but I feel like it’s not getting out there to a wide enough group of people. Everyone keeps sending me notes (asking)”Why aren’t more people watching?” and I’m like “I don’t know!”

Ash: Would you mind giving our listeners a little rundown of the show and idea as to how they can watch it?

Tara Platt: Absolutely, (Shelf Life) is a web-series, it’s comedic, and it’s scripted. It’s this very irreverent comedy about these four action figures on a young boy’s shelf, and all the antics we get up to when the boy isn’t in the room or asleep or not looking. It’s very much adult humor in the sense that its as if someone took (the toys from) Toy Story and gave them all crack.

Ash: My first exposure to you was last year when we were asking readers who we should interview next and a number of people actually said your name. (as time passed) Your name was always in the back of my head, and then the other day I beat Saints Row the Third and saw your name (as having voiced) the avatar I had been playing as. I LOVED your role in Saints Role the Third and thought it was totally hilarious, so well done, and so over the top. It was an abosolute joy to play as this tough Russian bad ass female avatar, so I wanted to compliment you on that.

Ash: A coulple of months ago we were talking (with Ali Hillis) about how voice acting has changed a lot since the olden days.  We (mentioned that) in the 1990s when voice acting was first in games you didn’t even have professional actors and now thereis defiantly a craft and people that excel in this field.  Do you feel like the industry is changing to where there are actually voice acting stars who are recognizable to a certain fan base?  Do you feel like this is a change for the better or for the worse?

Tara Platt: You know that’s a really tricky question. That’s a REALLY tricky question, because on one hand you’re right.  It’s exciting that (voice acting is) becoming a career unto itself, people are “voice actors.” I don’t call myself just a voice actor because I’m so passionate about the on camera stuff, our web series, film and television. I’m not what would be just considered a voice actor. (However) I think it’s exciting that there are now people who are (regarded as) actors only using their voice, so they’re not seen, but they are acting…. 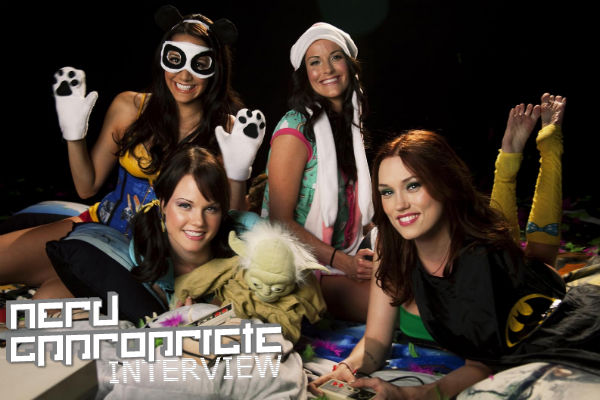 A wise old wizard once told me that it is quite rare to see a unicorn in the wild. We here at NerdAppropriate.com are incredibly pleased to bring you not a single unicorn, but an entire Team of Unicorns sent to dazzle and amaze. In case you were not aware Team Unicorn is a group of lady nerds based out of Los Angeles California. In recent years their You Tube videos (Geek and Gamer Girls, A Very Zombie Holiday, and Super Harmony) have gotten over 1 million views on You Tube alone. Much like Nerd Appropriate, Team Unicorn exists due to their love and passion for all things nerdy. Sit back, grab a mountain dew, and hear what these ladies have to say.

The gang gets into Life is Strange, the episodic interactive narrative adventure game from DONTNOD Entertainment. We welcome Ashly Burch to the show to chat about the role of Chloe. We also interview the developers to talk about music, pacing, and the allure of the Pacific Northwest. Episode 2 is out now, don’t miss it!