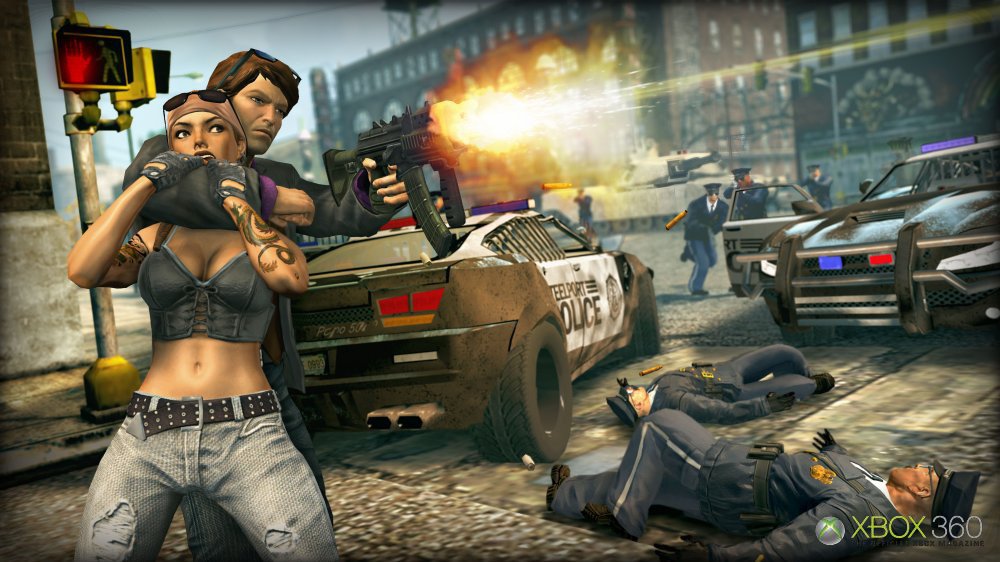 Absolute mayhem. That’s really the only way to describe the pure gaming “joy” that is Saints Row the Third. Having dismissed the first two Saints games as mere GTA clones, I wasn’t at all excited about the third entry into the series, but wow… how wrong I was.

Sandbox: What do children do while wiggling around inside filthy sandbox? They play, that’s what. Saints Row: The Third is all about playing. Steal a VTOL jet and fly it to the highest building in the city just to jump off naked! Pop wheelies on a pink nitro injected police cycle while dressed in a “furry” costume. Don a suit of riot gear and do a reenactment of the movie Heat. Your imagination is the limit while in the world of Saints Row. Driving, flying, shooting and punching never get old… ever.

Half the fun of Saints is seeing how much mayhem you can cause and still escape with your life.

Story: Believe it or not Saints Row the Third has an incredibly fun story filled with memorable characters and great action set pieces. Don’t believe me? Epic Games Design Director Cliff Blizinski just tweeted these blurbs about Saints Row earlier this week… Love him or hate him, Cliff knows games.

“I’m just sitting here with my jaw on the floor. Total fantasy dream mission that last one. How did they time it so well?”

“Good God, in the last 20 minutes Saints Row The Third’s use of two licensed tracks moved me more than most games this year. Chills! SO GOOD.”

And the man isn’t wrong. Saints Row the Third contains more memorable, jaw dropping, often hilarious moments than many of the other AAA titles of 2011.

Music: The soundtrack is an assortment of some of the best, and most ridiculous tracks from the past 30 years. Imagine racing to save a friend strapped to a bomb with Bonnie Tyler’s I Need A Hero blaring in the background. This and many other music video worthy sequences make SR3 pure joy.

Voice Cast: I was blown away by the quality of the voice work which included folks like Troy Baker, Tara Platt, and Ali Hillis, not to mention some celebrity surprises such as Burt Renolds, Hulk Hogan, and Sasha Grey. As a matter of fact, Tara Platt’s Russian female protagonist was one of my favorite characters of the entire year, and I’ve played a whole lot of games in the past 12 months.

I’d love to write more this evening, but the internet is out at the compound again and this over priced bread factory is kicking me out. Buy Saints Row: The Third, trust me.

One of the first articles we published in 2011 was a piece on how the 2011 gaming year was hell bent on devouring your free time for lunch leaving you begging for mercy.  2011 was one of the best years ever to be a gamer, and it will be an incredibly long time before we ever experience anything like it again.  But enough about 2011, those games are old news right?  Take a quick look at some of the games we’re looking forward to the most this year (Q1). 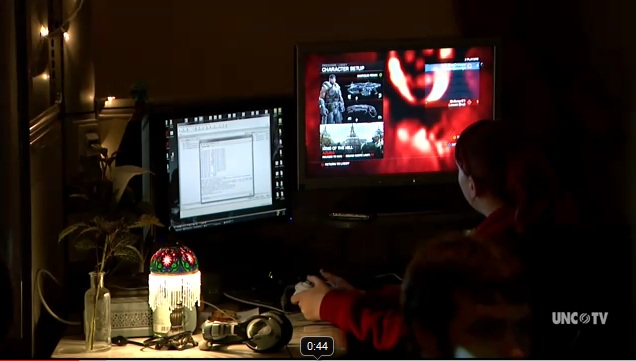 UNC-TV breaks down the gaming industry.

I originally watched this clip over at Kotaku just to see some new footage of Gears 3, but what I discovered was that this clip was actually a very well produced segment on how the video game industry operates. It also goes into detail on where the major U.S. players reside, how much games really cost to produce as well as the manpower needed to produce a “AAA” title.

With over 100 games inside the Indie MEGABOOTH, it’s easy to miss a title here or there even if you’re actively hunting for great games all weekend. On Sunday I went on a quest to find Darkest Dungeon and by the time I actually got to play the game I realized why it was getting so much attention, this dungeon delve is perhaps the darkest of them all.