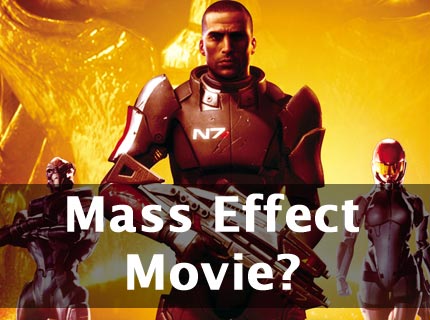 Yep, but you have to survive Hall-H

Casey Hudson just let the cat out of the bag. The Mass Effect movie (which was in development limbo) will indeed be represented at this year’s Comic Con in San Diego. The problem, it appears as though the panel will more than likely take place in the dreaded Hall-H. In recent years Hall-H has become nearly impossible to step foot in due to die-hard fans (Twilight/etc) camping out overnight in order to see their favorite stars. Here is what we know so far.

On Friday, July 22nd, audience participants will have the opportunity to attend an engaging panel consisting of cast and filmmakers from upcoming Legendary films. Fans can expect to witness on-stage camaraderie between and Q&A’s with:

Legendary’s Chairman and CEO, Thomas Tull as well as Chief Creative Officer, Jon Jashni, will also be in attendance to answer fan questions and to speak directly with cast and filmmakers about this exciting slate of upcoming films. Geoff Boucher of the Los Angeles Times, who is also the founder of HeroComplex.com, will moderate the panel.

Ash and Matt catch up with voice actress, Cissy Jones (Firewatch, ADR1FT) outside of San Diego…

Hosts Matt and Scott hit Seattle for day 1 of PAX Prime 2015. After the…