What is it about Duke Nukem that makes him so special?  Simple answer, Duke hasn’t changed.  While Duke’s legacy of delays and closed studios has no doubt eclipsed the content of the game itself ( there is even an interactive game release timeline on the disc) Duke Nukem is the same asshole that he’s always been, and people like that.   Following Scott’s lead I stopped by the nearest Red Box and payed two dollars to take Duke Nukem home with me for the evening.  I had a feeling Duke would be a shitty date, but I decided to take him home with me anyway.  Rather than dive into the game’s major flaws (of which there are many) I decided to list a few things that Duke Nukem: Forever actually did right… Then I’ll start swinging.

“Hail to the King, Baby!” (The Nerd Appropriate aspects of Duke Nukem: Forever)

1. Character – Duke Nukem is an entertaining protagonist.  Yes, he’s a misogynistic asshole, but he’s OUR misogynistic asshole.  Duke has more character and personality than many of our modern shooter protagonists.  What do we REALLY know about Soap McTavish and Master Chief?  Sure they’re bad-asses, but they’re also boring… sorry.  Trust me, gamers enjoy getting to know the main protagonist in their FPS.  Even if you don’t like Duke… you sure as hell know a lot about the guy by the end of the game.  Give us characters with voices damn it.  Even crazy macho voices!

2. It’s a Miracle – Upon beating the game I looked at the timeline of events that occurred between conception and the game’s final release.  I have to say that it’s pretty amazing that this game ever went gold.  While pulling off a miracle is no reason to run out and buy a game, you have to admire Gearbox for being so damn persistent.

3. Guns N’ Splosions’ – There is no shortage of weaponry and explosions in DN:F.  The bulk of the game consists of Duke finding the biggest gun possible and laying waste to everything in site.  If you enjoy mindless destruction with very little precision or skill, than you’ll enjoy the gun-play in Duke.  The game is old school, and you’ll find yourself strafing and fireing rockets like the old days (you don’t have much of an option).  Violence is comical and  extreme.  Enemies explode into bits and fly absurd distances before splatting on the ground in a heap (pre-ragdoll).  I wouldn’t say it’s entirely unsatisfying.

4. It’s an Artifact – Duke Nukem plays like a game that was designed TEN+ years ago!  This is before games like Battlefield and Call of Duty re-defined the shooter genre. Sure, there are some modern additions to the game (like regenerating health) tacked on to make it more accessible to today’s audiences, but Duke Nukem is from the past!  If you look at the game as a throwback to the olden days of FPS, you may end up enjoying your time with DN:F a whole lot more.

5. The Metal – I have to say I love the music in DN:F.  There is something amazing about the grinding metal-guitar riffs in the opening sequence that just gets you pumped and ready for action. Click HERE to listen. 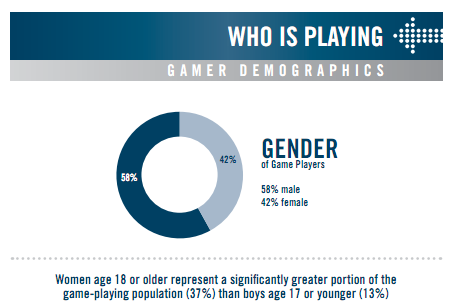 5. The Tone – I get it, I really do, but the fact of the matter is a lot has changed since the olden days when Duke was a popular guy.  More and more females are now playing games.  Recent statistics show that 42% of all gamers are now female. I love a good dick and fart joke as much as the next guy, but for the life of me I can’t tell you who exactly some of the humor in Duke would actually appeal to.  Teens that may enjoy this brand of humor were not even alive the last time Duke was cool.  Duke even makes an abortion joke during the game that really didn’t strike me as funny.  My question is this; have gamers become more puritanical in recent years?  Or, have we become more educated as to what is right and what is wrong?

6. The mechanics – The first thing I noticed was how poorly the game actually handled. Duke moved like he was hopped up on speed while wearing a pair of  Roller-Blades with square wheels.  Sure, forward movement worked okay, but ducking and jumping were close to impossible.  Later in the game when timed jumps and platforming were integrated I found myself wanting to pull my hair out.  Why build platforming elements into an FPS in the first place?  Especially if your protagonist can’t jump very well.

7. The Guns – There were a wide variety of weapons to be found, but none of them really stood out.  Some of the guns use a generic name like “shotgun” while others have names of specific weapons like “Colt M-1911”.  This has become a pet peeve of mine.  Either name your weapons or don’t.  If I see another generically labeled “shotgun” I might roll around on the ground and have a hissy.  Just name it something!  Also, none of the  guns had proper iron-sites, and simply zoomed in about 20%.  Sadly, even the most powerful guns in Duke’s arsenal felt oddly Nerf-like.

8. Puzzles and Fetch Quests – Long ago someone decided that puzzles would be a great thing to add to an FPS.  The puzzles in DN:F do a great job at destroying the pace and grinding the game to a halt.  Imagine if you

Duke Nukem: Forever on the 1999 cover of PC Gamer

9. Swimming – What makes an painful game experience even more painful?  Swimming!  Swimming has become a staple of gaming since the days of Super Mario Brothers.  Random “water levels” have become a great way to “break up” repetition when designing a video game.  In the case of DN:F the lack of actual swim controls (you just sort of run underwater), and the addition of a breath bar, make the underwater sequences beyond frustrating.  Honestly I may have gotten a nose-bleed.  In all my years gaming, I’ve never heard anyone say they “like” water levels, yet developers keep dishing them out time and time again. We hate them guys… really.

10. Load times – I kid you not, the load times in DN:F are insane.  For the sake of the article I timed the load between death and respawn and found it to be nearly 40 seconds on average.  This means that each and every time you die, you have to wait about 40 seconds to try again.  While you may not think 40 seconds is a whole lot of time, I promise you it adds up quickly.  When fighting a difficult boss, or drowning over and over, those 40 seconds start to feel like forever… an angry forever..

Nerd Appropriate doesn’t “rate” games, but  if you’re looking for a game to point out how far the FPS genre has come in the past decade than look no further!  Duke Nukem was a challenge to beat, not because of its overall difficulty, but because of staggering load times and poor level design.  It had a few moments of fun and I did chuckle at the absurdity of it all, but if anything DN:F challenged me to be a more patient gamer than I ever thought I would have to be.  If you have a Red-Box or Gamefly account, try it out and let me know if you agree!

Mass Effect 3: Operation Shieldwall -AKA- The Banshees Strike Back

If we’re understanding correctly the newest Mass Effect multiplayer operation will feature more banshees than ever before, as well as banshees on non-reaper maps.  Just when you thought wave 11 couldn’t get any worse… extra banshees, more screeching, and even more shoulder massage of death.