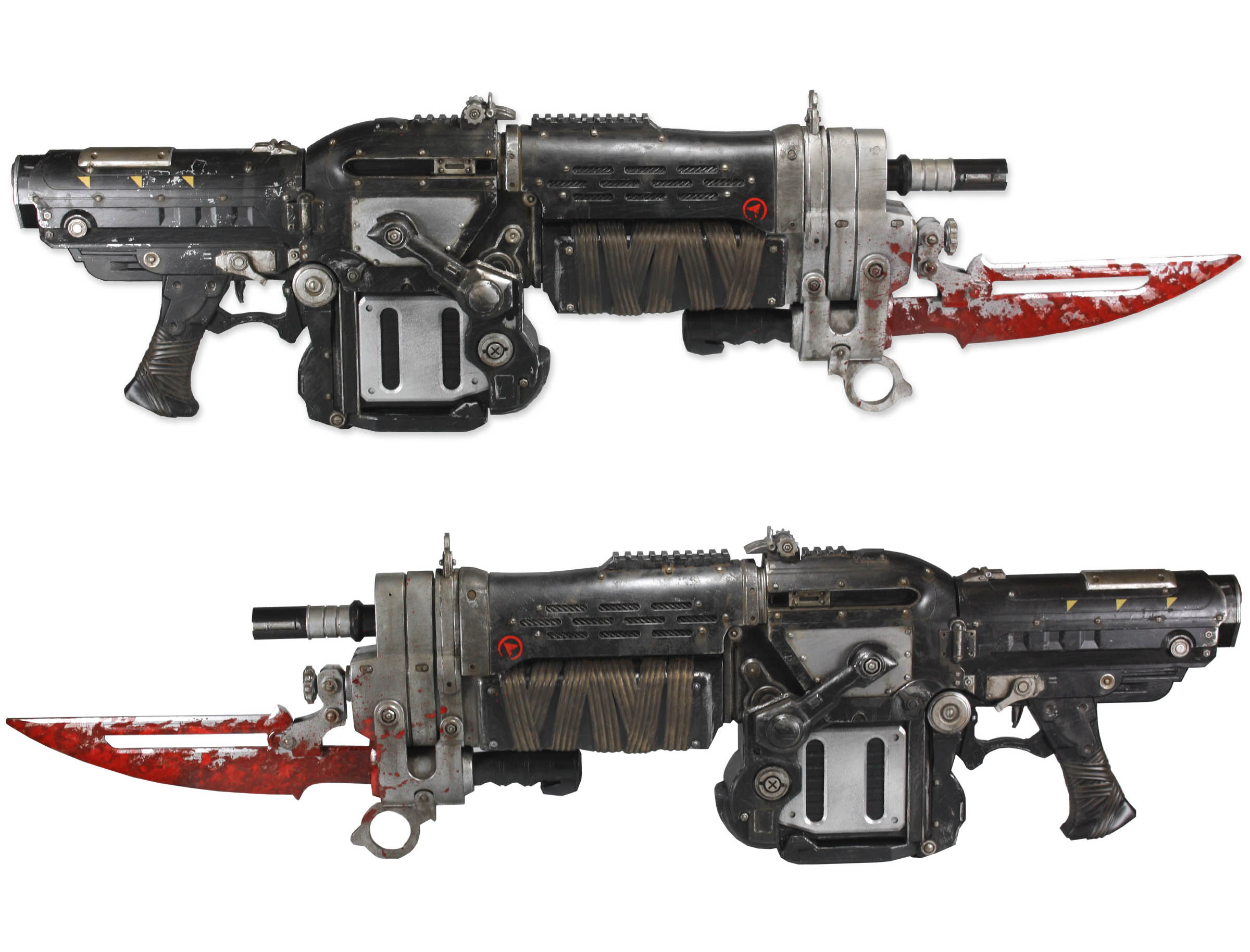 I didn’t really believe it when I read it, but it’s true! On 9/13/2011 (one week before Gears of War 3 hit shelves) you can take home your very own Gears of War 3 – Retro Lancer! What is the reasoning behind selling it a week before the game’s 9/20 release? My sources say that the folks at EPIC were afraid that fans of the series would wildly attempt the charging retro-lancer execution on each other in the freaking Gamestop parking lot!  Due to this fear they decided to release the lancer a week early on 9/13/2011 (purely for safety purposes).  The last thing the world needs are a bunch of impaled nerds… Info below

Can I take her home?

Dubbed the Retro Lancer during the Lambent Invasion, the Pendulum Wars Lancer Assault Rifle was the preceding model to the Lancer Assault Rift. Used primarily in the Pendulum Wars as the COG soldier’s primary choice weapon, it was abandoned about a year after Emergence Day because the weapon was ineffective to the Locust Horde’s fighting tactics. However, following the Sinking of Jacinto when supplies started becoming sparse, the Retro Lancer started cropping up in fighting forces once again