This is what Kinect owners have been waiting for…  The ability to be super!  Ubisoft is great at coding for Kinect, so I have high hopes for PowerUP Heroes.  And let’s face it, does Ubi ever really put out “crap?”. 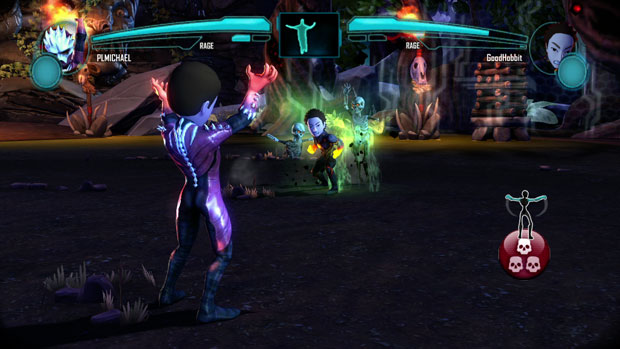 Press Release
SAN FRANCISCO, USA – Today, Ubisoft announced the development of PowerUp Heroes, a full-body combat game exclusively on Kinect for Xbox 360 video game and entertainment system. Developed by Longtail Studios, PowerUp Heroes lets players transform their avatar into a custom superhero to face off in a fight against the forces of evil. PowerUp Heroes will be available worldwide June 2011.

Leveraging the Kinect technology, PowerUpHeroes is the ultimate super power-infused full-body fighting game. Players control each move in combat by using their entire body to launch projectiles, dodge strikes and counter deadly attacks. Players can unleash super assaults on their opponents in a two-player cosmic showdown online. Additional modes include local two-player versus and four-player tournament.

Players use their unique Xbox 360 avatars to create custom playable superheroes in the game and prepare their avatar for battle by infusing their super suit with deadly powers and special abilities. After the player’s character destroys an enemy in battle, they will strip them of the super suit and wield their power for their next battle. There are 20 super suits to collect including the mighty Necromancer suit which allows the player to control a horde of skeletons, and the Mentalist suit that gives the player the ability to break into their enemy’s mind.

About Ubisoft
Ubisoft is a leading producer, publisher and distributor of interactive entertainment products worldwide and has grown considerably through a strong and diversified line-up of products and partnerships. Ubisoft has offices in 26 countries and has sales in more than 55 countries around the globe. It is committed to delivering high-quality, cutting-edge video game titles to consumers. For the 2009-10 fiscal year Ubisoft generated sales of 871 million euros. To learn more, please visitwww.ubisoftgroup.com.

id’s RAGE: pretty graphics at the bottom of The Well !

We just got a press release hot out of our inbox like a binary pizza pie!1!  Check out this new footage of ID’s RAGE and let us know if the pretty graphics are pretty enough to make you want to play yet another FPS.

I heard a rumor that it was about to go free to play. After a few clicks, I discovered that not only was it free to play, it was also 100% free to download. You can experience the entire MMO with zero monetary investment. Check out my review.

SWTOR Rise of the Hutt Cartel Expansion – Fear of a “Gay Planet”?