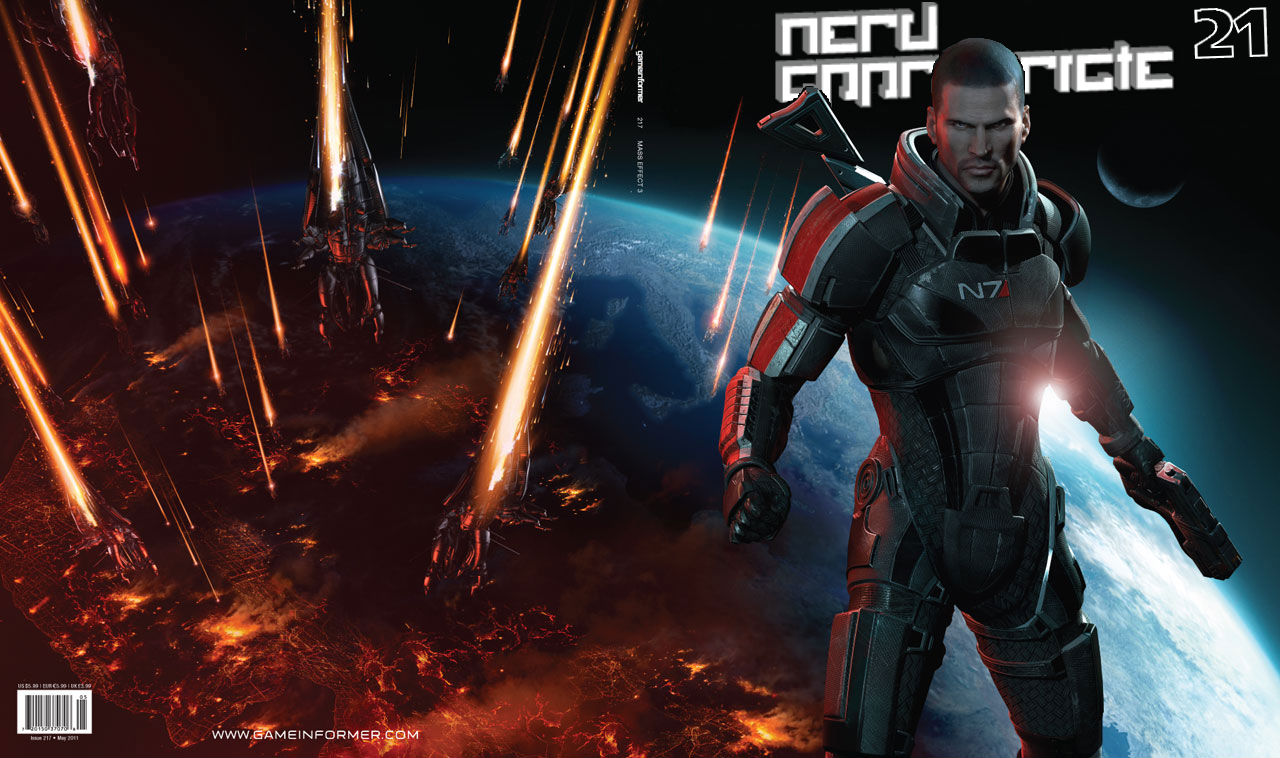 While the latest issue of Game Informer (May) is set to start hitting mailboxes this weekend, a few copies have leaked onto the web. This chunk of info was found over on Gamefaqs.com and included a screenshot for added legitimacy. Here is what it had to say..

Got my new Game Informer, read the ME3 article.

Game starts with Shepard on Earth, effectively on trial in regard to the events of Arrival, and in the middle of the trial, the Reapers invade. Prologue involves Shepard’s escape to the Normandy, and off to start finding those allies, fighting Reaper troops (husks of all the different species) the whole way.

We called this in our review of The Arrival Here. Assuming this information is accurate, we not only called it… we fucking nailed it.

Or even more specifically…

Ash – ” So how does ME3 begin? Because Shepard made the promise to go to Earth and face the court for his/her crimes, this is where the game will begin. Shepard will be on Earth in his/her “dress blues” (or in prison) when the Reaper invasion finally reaches Earth. The crew of the Normandy will more than likely have to be rediscovered over time, as they scattered into the winds after Shepard’s trial/incarceration began. Mark my words.. Earth, trial, invasion, Miranda butt.”

More from the Game informer leak

Confirmed squadmates: Liara, Ashley/Kaiden, Garrus (if he’s alive) and… James Sanders… That must be the guy from the trailer, I don’t remember.

Speaking of which, there’s a screenshot of Ashley with her hair down, and she actually looks hot.

Confirmed to appear, but not guaranteed as squaddies: Wrex, Mordin, Legion, and Anderson. Obviously, if they live.

The game will by default feature a “previously on Mass Effect” comic to make decisions with if starting from scratch.

The Illusive Man also plays a prominent role, and Cerberus is out to destroy Shepard. Reason why is unknown at this point. (because they’re evil.. duh)

The RPG elements are being beefed up, not going back to ME1, but giving more freedom with the character skills.

Skill trees will be larger, and powers will evolve several times instead of just once, offering even more freedom.

Weapons are ME2 style, with a set list, but mods make a return, not in the ME1 style, but allowing you to swap out different parts such as barrels, scopes, and so on, which effect both the weapon’s combat performance and its appearance.

All classes can wield all weapons unhindered now, but will have limited slots to carry them. Only the Soldier can carry all weapons at once. Probably means Adept, Engineer, and Sentinal will be limited to two, and Vanguard and Infiltrator will have three.

Also mentioned: The game will have numerous endings, some good, some bad, and who you have in your squad and which allies you recruit can have a drastic effect on which are available.

That’s basically the gist of it

A great opening sequence to one of the best franchises of all time.  Let’s just hope all that your friends from Mass Effect 2 play a big part in Mass 3.  I’d hate to see a game without Jack, Grunt, Mordin and the rest of the gang.  We all worked pretty hard for that “No One Left Behind” achievement.