The writing is on the wall. It’s time to just have this happen. I’m talking Mass Effect and Dead Space cross-promotion.

There are some subtle rumblings of cross promotion brewing between Visceral’s Dead Space and BioWare’s Dragon Age franchises. If you’ve played Dead Space, and jump into the Dragon Age Legends game on Facebook, you can unlock a set of armor from both Dead Space and Mass Effect, respectively, to use in the game. Those who purchased Dead Space 2 were provided with a code to unlock Ser Isaacs RIG armor in Dragon Age II. Both games are published by EA, and it’s time to start pulling Mass Effect into the mix.

Now, let’s be serious for a moment. Mass Effect takes place in the 22nd century, while Dead Space takes place in the early 26th century. I’m not saying that I want to derail either story just to serve my fanboy-ish desires. Although, it would not be impossible to imagine a story in which Markers turn out to be Prothean or Reaper artifacts. There’s about 400 years in there in which to work out the details. How long have they been mining in Dead Space anyhow? And given the theories of time with respect to light speed travel, it is conceivable that ME characters might be able to survive a 400 year voyage that, to them, would only feel like a couple of years. Hell, it worked in Ender’s Game, so I’d bet it would fly here too.

So what do I want? Very little really, just a subtle acknowledgement that bends, not breaks, the 4th wall between the two franchises. Maybe Shepard, while on Earth, comes across a data log in a computer about some early plans for planet cracking. Maybe Isaac Clarke spots a “vintage” Alliance  propaganda poster while blasting through someone’s office on the Sprawl. If you want to get crazy we might give Shep a “prototype” mining RIG. Simply put, just imagine what the world of Dead Space may have been like in the 22nd century, and sprinkle a little fan-service in there.

Look at it from another angle — plenty of crazy nonsense happens in Dead Space, most of which occurs in the mind of our protagonist. Why not have Isaac black out and appear on the Normandy — maybe Garrus makes some strange quip… EDI calls you up to the flight deck… when Joker’s chair spins around a Necromorph jumps out at you, screen flashes white, and you’re back on Titan. Easy. No purists were harmed in the making of this cross promotion. The Mass Effect writers have a pretty good sense of humor too — there’s plenty of mindless chatter between characters on Illium, “Have you heard about the humans designing ships to destroy planets in order to mine resources” “What? Really? How Barbaric!” Oh, those Asari! Just saying.

So there you have it. Just a little inside joke is all I’m looking for. Players who don’t get the reference won’t confused and can accept the material at face value, while players familiar with both series will smile and move on. Of course, if either game wanted to do something more overt I’d be ok with that too, but tread with caution. I’m honestly a little surprised this cross promotion hasn’t happened already… or has it? 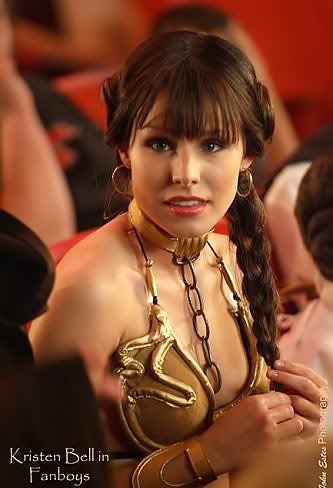 Holiday booty that is! Since my brothers in nerdery are in the process of moving to a new lair and/or stalking Kristen Bell or something, I figured I’d keep the dream alive and continue my mad holiday posting spree. What else am I supposed to do with 17 days off? Because it’s always fun to discuss what you got for the holidays, let’s make some more fracking lists.

New, DLC was released for Star Wars: The Force Unleashed II this week. But, these may not be the DLC packs you’re looking for.

Hey there gang! June was a busy month for us here at the site, but we managed to survive. – Take a look at some of our June highlights and prepare for an intense July.