Last night whilst combing through the ever expanding netflix queue, I decided to give a new show a shot. That show? Eureka, a SyFy (still hate that name) series that is full of people I know from movies and other series (hello Miles Dyson) and is honestly one of the most endearing shows I’ve seen in a while. Usually a show needs a few episodes to get off its feet, two of my favorite current shows, 30 Rock and Community, both had this starting hiccup where it seems the writers don’t have the characters fully realized yet and it seems as if this world just didn’t exist before you got there, then they either stumble or hit a stride. Both of the previously mentioned shows vie for my favorite show on television and are highly recommended. 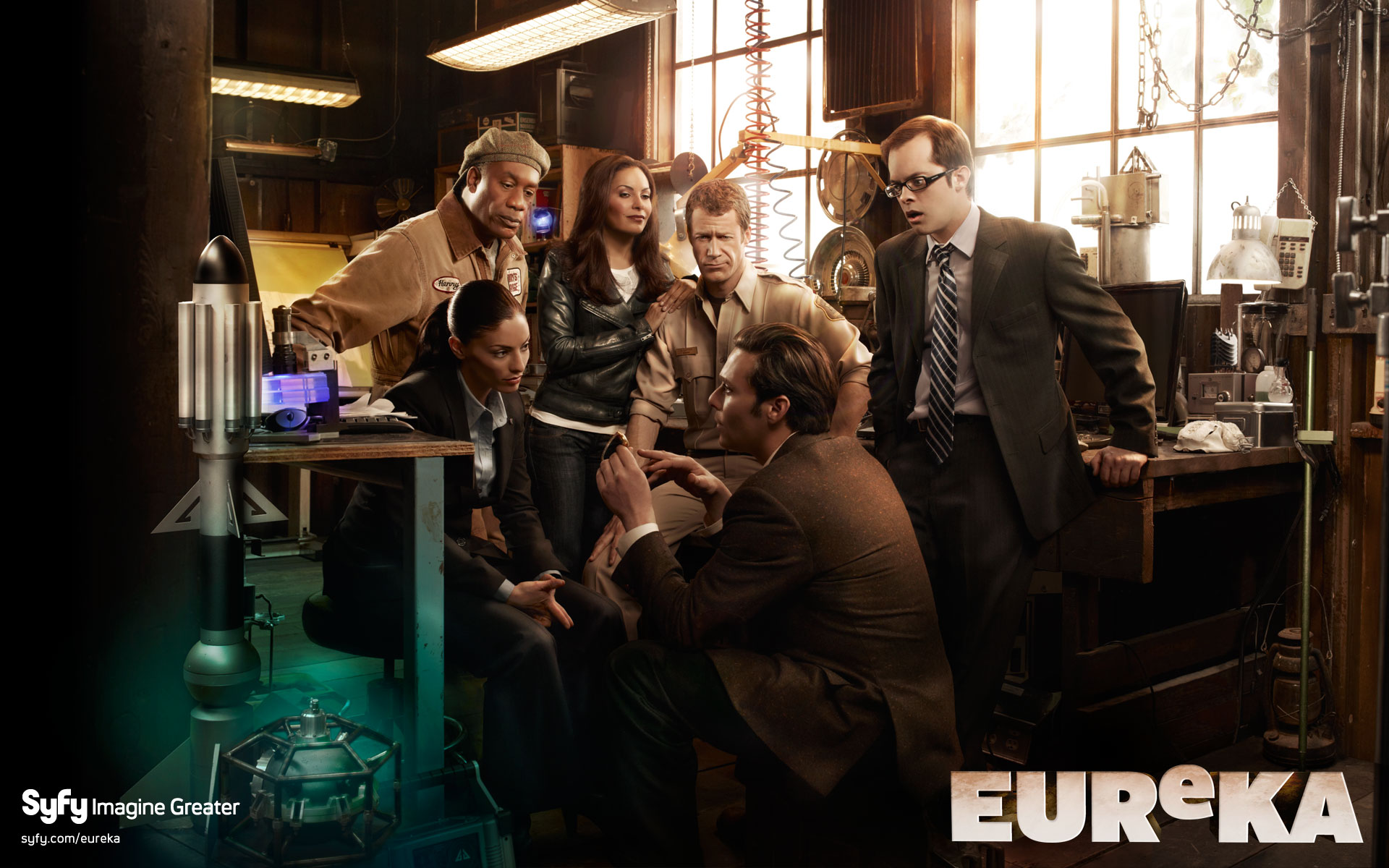 Alas, this is not why we are here though, we are here for Eureka, a quirky take on X-Files where a town full of geniuses have nerdy, scientific problems pop up on a weekly basis and the everyman character of Sheriff Jack Carter, perfectly cast with Colin Ferguson, helps solve the mysteries. This show didn’t take the 2 to 3 show warm up most shows require, it is deftly played out immediately with a wrong place wrong time storyline for Jack’s character to fall into. The mystery is oh so scientific but told in a humorous manner. Everyone raves about Big Bang Theory being the nerds comedy haven on television, I’ve never been much of a fan, it plays too stereotyped. Henry, played by Joe Morton, the mechanic, turns out to be a genius who is knee deep in the towns experiments. The recurring gag of the patch on his suit is good for a chuckle. The humor in the show is light and airy, with just enough sarcasm to keep me happy, and such wonderful characters. Seriously, I don’t know how I’ve missed this show for 3 years. I’m playing catch up now and laughing all the way through.

I definitely brand this one nerd appropriate and highly recommend giving it a shot. I sadly missed the comic con panel on this one last year, and now I wish I had stayed, what was announced at the panel was the internet loved Felicia Day was joining the cast for season 4, and I can see it being a perfect fit. Is SyFy the new bastion of well written TV? Battlestar, Eureka…I’ll definitely have to keep an eye on it.

Season six promises some great new additions to the cast including Colin Hanks, Mos Def, Edward James Olmos and the ever-nerdy Brea Grant. Check out the trailer for season-6 below!

The Borgia name isn’t just for Assassin’s Creed fans anymore. Find out more about this infamous family by watching the TV show!

There is some good news for Voltron fans everywhere! Like a global pandemic, re-launch fever is sweeping the land and Voltron has not escaped its reach. Some remakes will be good, and others will take your childhood memories and poop all over them like a Vietnamese pungi-stick. We just learned that everyone’s favorite transforming-robot-lions will have their very own San Diego Comic Con panel hosted by none other than Carrie Keagan.