I’ve been screaming this from the rooftops since the first episode dropped on YouTube over the holidays, but Deadly Class just may have the best pilot to hit the small screen in recent years. Beautifully shot with more style and adrenaline than most Hollywood feature films, Deadly Class manages to do what so many pilots have struggled to do in the past, it introduces a massive cast of characters within an hour while still making the episode itself both compelling and action packed. I uttered the words “holy shit” more than once during the pilot, and here’s why.

That Cast: Deadly Class is perfectly cast from Lana Condor’s mysterious Saya to Siobhan Williams’ menacing Brandy. Each and every character is interesting and I found myself salivating to learn more about them in the coming episodes. The main protagonist Marcus, played by Benjamin Wadsworth, plausibly portrays loneliness and extreme desperation making the character’s actions during the pilot entirely believable. Having nothing at all effectively makes him willing to try anything to have someone or something and that makes him wildly interesting to watch. 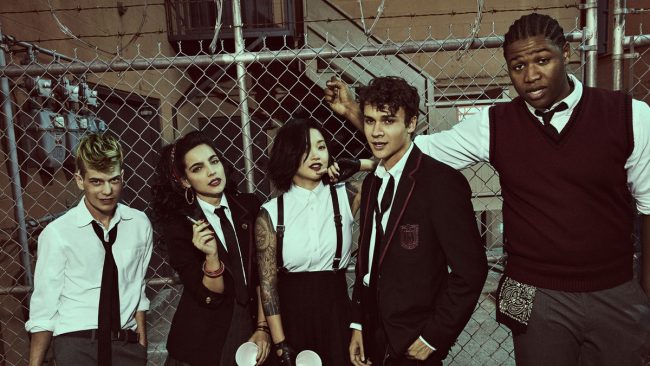 Unity Through Diversity: I spent my teenage years surrounded by kids that looked and acted a lot like the characters in Deadly Class, while not assassins in training, they were the street kids, punks, and outcasts that didn’t quite fit into any of societies molds of the era.  There were a few scenes in Deadly Class that perfectly portrayed this feeling of “unity through diversity” that’s so hard to describe. Even though the characters are all incredibly different, they’re all united by the fact that they’re all in the shit together, learning about the world and figuring out how to make this crazy place they live in just a little bit better, by any means necessary.

The Music:  Hand picked by writer Rick Remender, the Deadly Class soundtrack [LINK] is master class in excellent music from the era. Tracks from New Order, Agent Orange, Killing Joke, Sisters of Mercy, and the Descendents, inject the pilot with music-video-worthy moments that make each scene stand out. Having listened to a lot of these tunes growing up, I can’t say that I’ve ever heard them used so well cinematically. Hearing the Descendents on the rooftop of Kings Dominion brought back many fond memories of sitting with my pals with a boombox on a dark rooftop wondering what the heck we were going to do with our lives. 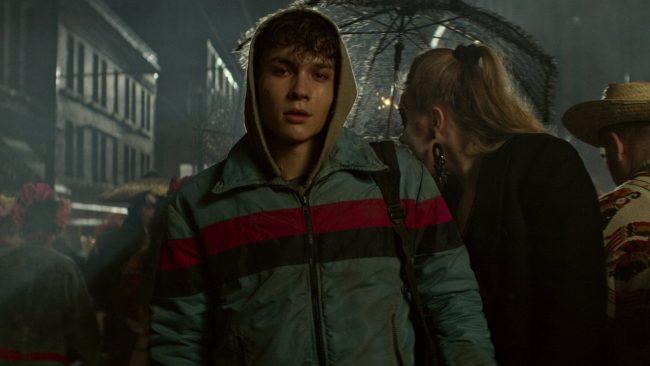 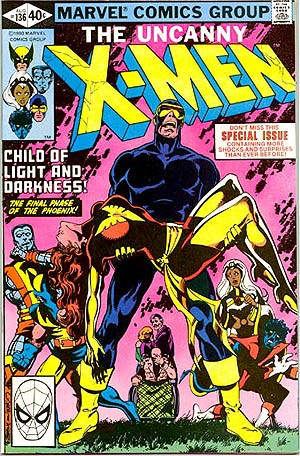 The School for Gifted Youngsters: The parallels between King’s Dominion and Professor Xavier’s School for Gifted Youngsters has been discussed before, so I’ll spare you that rant. I will say however that my comic book collection really started with Uncanny X-Men 210, when Wolverine and the rest of the X-men are taken out by Mr. Sinister’s Marauders. It was shortly after the Dark Phoenix Saga which is directly, and hilariously, referenced by Willie during one of the pilot’s best scenes. Remender’s love of the X-men is apparent, and that’s a great thing. Claremont’s vision for Xavier’s school was one in which the strangest and most dangerous people on the planet could find something that they were lacking, family. This is a theme I can’t wait to see mirrored this season on Deadly Class.

The Future: The possibilities for Deadly Class are exciting and seemingly endless. Will we meet the families of the students of King’s Dominion? Will there be rival schools that appear and challenge the students to tri-assassin-tournament? Will the gang take a trip to see the Ramones play at CBGB? No matter what, I’m on board for the ride.

Check out Deadly Class this season on SYFY, and please let us know what you think by pinging us on Twitter

Go Greendale Human Beings! I made a list of my Community Favorites.

We’ve talked a lot about TV in our podcasts so far. I wanted to highlight one that is consistently one of the most offbeat, well written and highly overlooked comedies on TV.

I have been an owner of an Amazon Prime account for about 2 years now.…