One of my favorite aspects of any Bioware game is not only exploring the world created, but the characters that inhabit it. Dragon Age: 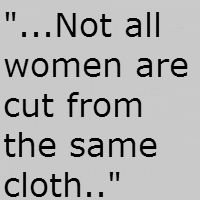 Inquisition features, to the best of my knowledge, one of the most diverse ensembles of characters in gaming in terms of background, gender, race, sexuality, and age, just to name a couple traits. Of particular relevance to me is there are A LOT of women, and women in positions of power, featured prominently throughout the game. The Inquisition is essentially female led, with a nod to Cullen because he’s a good guy and does have significant things to add, but normally leadership roles in games are not in favor of the ladies. Empress Celene, Ambassador Briala, The Divine, Warden-Commander Clarel, all women, all playing pivotal roles in the events of Inquisition. 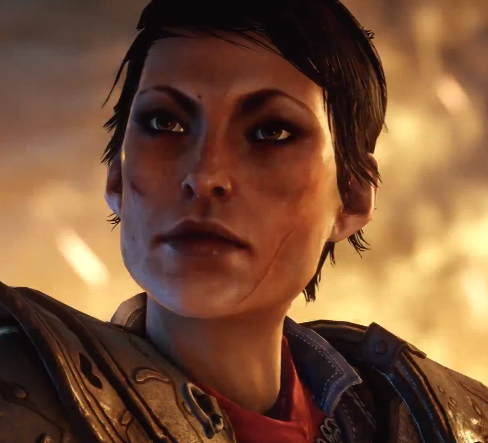 In addition to sheer numbers, the diversity of the women themselves within the game is impressive. Cassandra is the embodiment of the “typical” strong female character. She is a force of nature and does not shy away from a fight, physical or verbal. But, that’s not all Cassandra is. She is a woman of faith, something not often seen in games, and driven to action by that faith. Josephine, a new character to the Dragon Age universe, is the Inquisition’s ambassador to the world of Thedas. Josephine is a diplomat by trade, preferring words to violence to achieve her ends. However, despite her desire for compromise, Josephine’s words can be as dangerous as Cassandra’s sword. She may not be, as Isabela once said, “a female-shaped battering ram,” but she is just as strong as Cassandra, her strength is simply applied via other means.

Then there is Sera. Sera is one of the few characters of prominence who is not from a Chantry background or from a wealthy family. Sera doesn’t have much respect for authority and enjoys bringing higher ups, usually Thedas nobility, down to the level of “the people.” One of the more notable, and fun, quests with Sera involves playing pranks on the advisors to make them seem 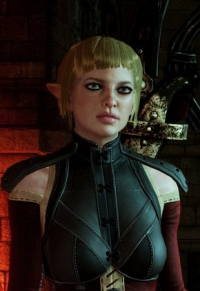 more relatable to those who work for them. While not lacking for fighting prowess, I would argue one of Sera’s strengths as a character is offering a much needed voice of the commoner in a group of people who may be blind to their own privilege. Where Sera offers a populist view, Vivienne is the top of the societal food chain—I would argue possibly an apex predator—courtesy of the Orlesian Great Game. Vivienne is the First Enchanter, a very high ranking mage in Dragon Age terms, an imperial court advisor, and a Knight-Enchanter, a battle mage in Dragon Age terms. Players quickly discover how Vivienne earned the nickname “Iron Lady” as she is easily one of the coldest, most condescending, of the party members and not easy to win the favor of. Yet, her very conservative view of society and the way it should work is needed just as much as Sera’s perspective. Both represent groups of people whose fates the player must consider as they make choices which change the world.

The brilliance of these characters is they are not defined by one trait or one perspective. Cassandra could have easily just been an angry ball-buster, but showing the faith which drives her, as well as her personal doubts and fears, gives her actions and words a deeper resonance. Josephine could have been some kind of caricature of a wilting pacifist, but in delving into the reasons she dislikes violence adds to her complexity and highlights why she is an excellent diplomat. Even the ruthless spymaster Leliana, a returning character from previous games, still maintains a previously established love of animals, maintaining pet nugs at her home and going so far to name her favorite raven “Baron Plucky.” These are not one note characters. They have ambitions, dreams, and preferences which shape their worldviews and interactions with the player.

This is what we need to see more of in video games, movies, comics, and all forms of entertainment. We need characters like Cassandra, but we also need ones like Josephine, Sera, and Vivienne. Not all women are cut from the same cloth; there are all types of women and, as such, a variety of stories to be told. In telling more than one story, the body of work, be it a video game or novel, becomes more interesting as it not only add to the complexity of a fictional world, but also reflects the diversity of the audience.

Review – Toby: The Secret Mine

As the resident platformer gamer at Nerd Appropriate, I was more than happy to dive…