While the rest of you are saying goodbye to Shepard and friends in the final Citadel DLC, I am saying Hello again to the Spacer-Sole Survivor-Female-Vanguard I’ve grown to love over the years.

You see, I’ve been embarking on a optional Assignment, on and off again for a couple of years now. If you listen to Rated NA, you’ll know that I’m an unapologetic achievement hunter. So I’m setting out to 100% (Xbox) the Mass Effect Trilogy, starting at the beginning. Before Mass 3 came out (now over a year ago), I plowed through multiple play-throughs to unlock higher difficultly levels and obtain those elusive squad-member achievements. When crossed with different class choices and powers to unlock the ability-based achievements, its safe to say I’ve really explored the space with my N7 cowbell (combo pun + reference achievement unlocked).

This week I carved out a little time to catch the final 3 achievements I needed for Mass 1: Extreme Power Gamer (Level 60), Medal of Valor (Insanity), and Krogan Ally (Play the majority of the game with Wrex). I’m sure that last one is hard to believe for the Wrex fans out there, but I’m traditionally a Tali / Garrus, Liara / Garrus player myself, but that’s neither here nor there. Interestingly enough, this happened to be one of my best and favorite runs of Mass 1. So let’s take a look at how things shape up, over 7 years later.

My FemShep was spec’d for almost entirely total defense. I maxed out all passive skills plus Barrier and Adrenaline Burst. Due to achievements obtained in other playthroughs I also had too many points into Charm and Intimidate as well. On the offensive end I focused on Pistols, Marksman, and Warp. To my detriment, I completely ignored Lift, but more on that later. My basic strategy was to function as a support character, sending my squad ahead of me like body guards. After all, the game only ends when you fall. I would use Barrier and Shield Boost for personal defense, Throw for crowd control, then Unity + Adrenaline Burst + Unity to make sure my team was always on their feet. I had Barrier quick mapped for the entire run.

And for the most part, this strategy generally works. When I started the insanity run, my 3rd tour Shep was already at level 59, which meant that all of my gear was IX or X and all of my squad abilities were also nearly maxed out. Because of this I would say that the playthrough on Hard (leveled from ~35 to 59) was actually more difficult than the Insane one. But even at this veteran run, I learned a few new tricks that I’d never really explored before.

What I remembered from the Hard run was that the Krogan were my most formidable opponents, and really the only ones that ever gave me trouble (aside from Geth Armature, which I generally avoided). The Krogan have some insane shielding and health regeneration, even at a sliver of health, they can’t be counted out (double tap those dudes). Playing mostly with Wrex / Garrus my basic strategy was to strip shields and Warp the shit out of them, but it wasn’t good enough. It still left me vulnerable to the overly aggressive Krogan who could charge in and flatten you in a few melee strikes and shotgun blasts.

And by the by, it doesn’t hurt to be handy with the Mako. I’m in the minority apparently, because I always loved the Mako and could drive it well; which is probably why I now crusade for a ME Kart Racing game, but I digress…

I’d heard stories about how Lift could be used on Saren, which would greatly assist you in the Insane play, but I never really entertained the idea anywhere else in the game. I’d seen how quickly even Garrus would go down during Insane combat, and assumed that Liara would be even more of a liability. Boy was I wrong… it was a mistake of me to doubt my Asari girlfriend. I brought her along to Ilos, because I started to worry that having Wrex and Garrus for the entire game might screw up the Wrex achievement.

At level 60, Liara was no joke, she could Lift and draw anything into Singularity. The game was back on… by that point I’d already realized that Sledgehammer Rounds were the only way to go, and with that we’d toss the now puny Krogan and Geth Prime into the atmosphere, and blast them like skeet into the ether with a well placed Carnage shot from Wrex. The entire experience was extremely gratifying. And yes… when you go to fight Saren, get your Lift on.

In my assessment, the game holds up surprisingly well, though certainty showing its age now. I enjoyed seeing the beginnings of stories that would span the entire franchise, from talking down Wrex to sacrificing Kaiden (sorry Mr. Sbarge), even minor characters that I will look forward to meeting later. I am always impressed to go back to Mass 1, where you first see rumblings of Cerberus, coming face-to-face with a reaper, or when you first meet Salarian fighters and know that Mass 2 will have the greatest Scientist Salarian of all (my bro till the end). I can only imagine this is how I’d feel if I ever went back and watched the first seasons of Lost or Fringe. Playing Mass 1 for the origin story alone is worth your time.

You say Goodbye, and I say Hello

And with that I finally put Mass 1 to rest, as I take a final, full tour of duty with my Shepard. Thanks to BioWare creating such a fun game that I only originally bought because I figured “oh… so they made KOTOR again, but in Space… sign me up.”  Who knew, right?!

I must admit I’ve only played through Mass 2 one time, but the fundamental change between 1 and 2 is much larger than 2 and 3, so I’m excited to get into it again. I only really need the Insanity achievement so my options are much more open for gameplay as well. If you’ve got any tips or suggestions as to the build of my character (most likely my Vanguard again) or the strategies for companions or weapons, let me know!

And with that, I should go. 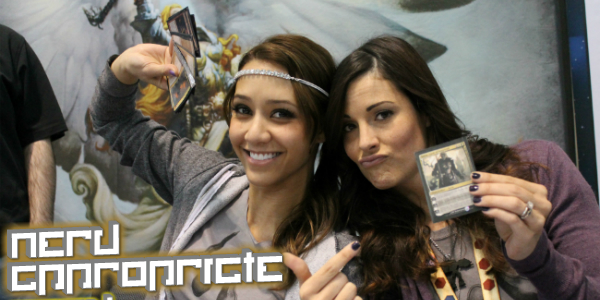 Since our interview with them last year the ever-busy unicorns have been working on a number of projects individually, and are currently working on something incredibly cool that I promised not to talk about… yet. As much as I’d love to share the intel, Team Unicorn is a group you don’t want to agitate. After all, what do you think that horn is for? 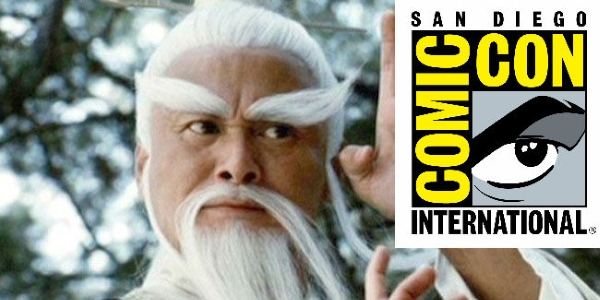