For some odd reason my spell check doesn’t like the word revengeance. Someone get Webster on the phone!

In other news, the demo for the new Metal Gear Rising: Revengeance game from Platinum is out and in our sweet little hands. After a couple of play-throughs and punishing boss fights I’d thought I’d give some first impressions. The game looks shiny and new in the best of ways. The story, while I’m sure as indecipherable as any other Metal Gear game, follows Raiden in a shiny new cyborg getup. He’s been rebuilt with the intention of hunting down terrorists and taking them apart with his sword. And oh what a sword. Crackling with electric energy when you tear through foes, the sword feels totally natural and not at all as ridiculous as I expected.

The game play is smooth and while it felt button mashy most of the time, I still got the feeling that with some more time spent with the game, there is a good bit of skill involved. The first time you happen upon the boss match in this demo, you die. You die fast, you die often, and you die painfully. It just happens, it’s OK. Slowly you’ll grasp the concept of parrying his blows and doing them with better timing rewards you with better finishing combos. The faceless fodder in the form of cyborgs that they throw at you are basically there for health bumps and little else, but it makes the game a tad bit more challenging and rewarding than just running for a health bump or waiting a period of time. Nothing about this game wants you to lie in waiting. The pace is frantic and the information is overloaded. You keep up by moving through waves of enemies as fast as you can.

The nice new feature that Platinum has bundled into this game is blade mode. This mode zooms in and locks your player in place, you then maneuver the left and right sticks to slice and dice your opponents to gory, bloody pieces in the most unsettling and satisfying of ways. Once you start to mix this in with the button mashing combos, things start to open up for you.

The demo is short, and I mean almost laughably so. I played through it twice in under an hour with the majority of that taken up by the boss fight, but it gives you a good hint at the mechanics of the game. The only problem I have is that with a demo this short it’s hard to know if there is going to be more depth than what you saw. They hint at the fact that there will be upgrades, but you never actually see them. So if all I am left with is XY and blade mode, it may get stale pretty quick. Then again, watching Raiden go Ginsu on some enemies sure is gratifying. Unfortunately the demo leaves a little too much out for me to be able to tell. All in all, if you were wanting to check out what the gameplay is like, I’d give this a go. Otherwise if you were looking for a closer look into the depth of gameplay or story, this one may be a pass until the full retail game is released. 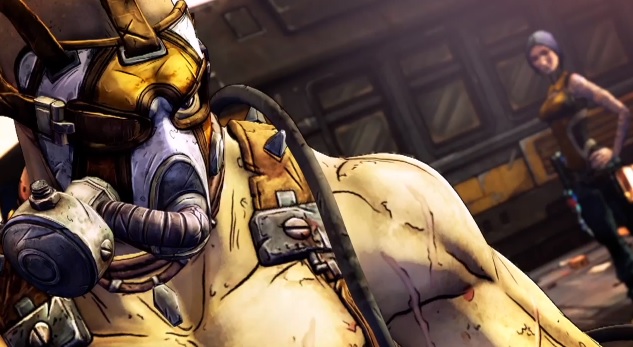 Care to Ride on a Meat Bicycle Built for Two? I Know I Do.

I was a bit apprehensive to try out the newest playable character in Borderlands 2.…