Being chased by a DNA replicating monster is not something most of us would ever really be prepared for.  Imagine sitting across from a good friend over a cup of coffee only have their face twist, contort, and explode, revealing a nasty maw of spikes, tentacles, and drool.  There is something unsettling about “The Thing” that taps into man’s primordial fear of all things that skitter and move unnaturally…

Fans of Carpenter’s original “Thing” needn’t worry as this film only adds to the story of the original and in no way deletes or alters it.

The Plot: The Thing is follows Paleontologist Kate Lloyd (Mary Elizabeth Winstead) on an antarctic expedition to unearth something from the ice that will no doubt change the world. The theme, tone, and shooting style are very reminiscent of early James Cameron work, specifically the Holy Grail that is Aliens. There is no doubt in my mind that first time feature filmmaker Matthijs van Heijningen Jr. grew up watching the films of Ridley Scott, James Cameron, and John Carpenter as their finger prints and visual stamps are all over this film (I mean that as a compliment). The Thing Manages to inject the classic “space monster” movie of old with some modern movie making techniques that quite frankly look incredible. The CG was so well done that I often had a hard time telling which effects were practical, and which were computer generated. Fans of Carpenter’s original “Thing” needn’t worry as this film only adds to the story of the original and in no way deletes or alters it.  The story is a simple one, a man replicating monster is loose in Antarctica, who do you trust and where do you go? 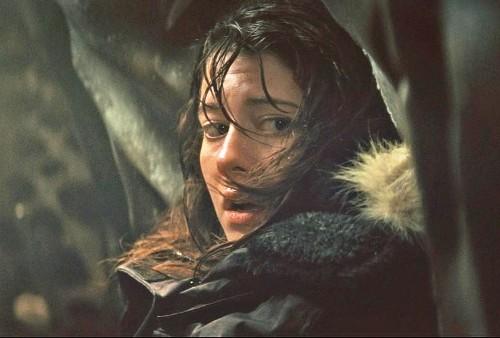 Scary:  It takes a lot to me me wince during a horror film, but some scenes in the Thing are so twisted that I found myself furrowing my brow as if I had just caught a whiff of alien feces.  The Thing burrows into flesh, skitters like a roach, and tears humans apart like a box of Little Debbie snack cakes.  During one particularly unsettling  moment The Thing latches onto the mouth of an terrified researcher and slowly works its way into his face.. there is no better way to describe it… into his face. Since The Thing can take on the form of its human host, the film is filled with an incredible tension that never really lets up.  Not knowing the real enemy is an incredible and classic way to build tension.  The Thing probably won’t make you run out of theater in tears, but it does a great job at making you feel uneasy and paranoid throughout the entire film.

The Ripley Factor:  Mary Elizbeth Winstead’s character of  Kate Lloyd was no doubt inspired by science fiction’s most respected female protagonist, Ripley.  While terrified and out of her element, Kate Lloyd never for a moment loses her cool and always seems to be looking for a way to solve whatever problem is thrown her way.  Much like Ripley in Aliens, Lloyd’s leadership position never feels forced or inorganic, she was simply the best person for the job and the only one with any sort of logical plan.  Winstead brings a certain legitimacy to each and every role she touches and manages to make even the bad roles seem stellar.  It would be hard to imagine another actress playing the role of Kate Lloyd with the same intensity, except perhaps a young Sigourney Weaver.  Did I mention she also gets to use a flamethrower?

Nerd Appropriate:  In a world of seemingly endless horror remakes The Thing is a revelation.  Unlike the countless genre films that walk all over their source material, The Thing manages to expand upon the story of the original using modern movie magic and technology.  It has been quite some time since I’ve been to a horror film that was geniuenly cringe worthy and and I’m proud to say that The Thing got under my skin… pun intended. 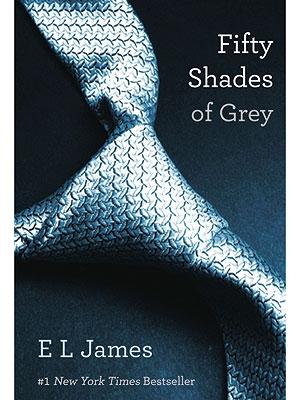 This review is going to be difficult. Not because the book was so incredibly horrifying, but because I am a bit embarrassed to admit I actually read 50 Shades of Grey.