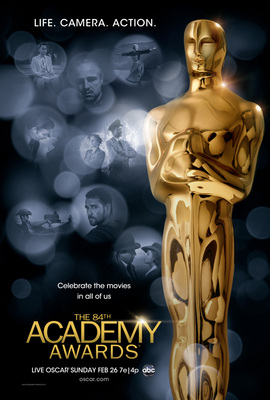 Last year I attempted to watch all of the Oscar Best Picture nominees and, well, failed miserably. I DID manage to watch the Social Network and was floored, nearly cried to Restrepo, and bawked at Exit Through the Gift Shop but missed out on many of them. This year to make it more entertaining I am doing a Death Match. Because the Academy in all of its wisdom has decided to now allow up to 10 movies instead of definitely 10 movies (I’m actually pretty happy with this, but it screws up my ladder), we only have 9 to choose from. So we are going, 3 vs 3 vs 3. The winner of each round will advance to face the other two winners, the top two will be selected from there and the week of the Oscars we will choose the ultimate winner. I’ll be talking about each round on the podcast as well.

The contenders are Moneyball, Midnight in Paris and Tree of Life.

First up we have Moneyball starring Brad Pitt and Jonah Hill. The adaptation of the book by the same title based on the true story of the 2002 Oakland A’s follows Billy Beane the GM trying to compete in a sport basically rigged by those with the most money. In 2002 budget ruled all and markets like NY and Boston ruled that roost. Pitt meets an economic grad from Yale (Hill) who helps him to solve the question he asked for the first third of the movie. If we can’t beat them at their own game, then we need to change the game, but how? The quick of it? Through sheer statistics. Meaning, ignore the individual players and start playing the odds. Allowing him to assemble a team of has-beens, misfits and unheard names but based on their stats, predict enough wins for the season. This sounds utterly dull, trust me, I know. I had literally zero interest in this movie previous to watching it, but I loved it. The acting was clear and well played. The direction was solid and the mixture of actual game footage and movie footage was awesome. Over all this was an extremely engaging movie and while I like that Hill was nominated for Supporting Role Award, I don’t know that this was a mind blowing performance.

Second, Midnight in Paris. This Woody Allen piece is one of his rare “not set in New York” movies. This one choosing, as the title implies, to spread his love to the city of light. The movie is a collection of gorgeous shots of the city streets and cafes. The story follows Gil, played by Owen Wilson, a frustrated yet successful Hollywood script writer. He followed his fiance Inez, played by Rachel McAdams, and her family to Paris to gain some inspiration and finish his novel. After a fight with Inez he wanders off to be drunkenly picked up by a car straight out of the 20’s. It transports him back in time where he meets the likes of F. Scott Fitzgerald and his wife Zelda, Ernest Hemingway, Cole Porter, Picasso and many, many more. All brilliantly (especially Hemingway played by Corey Stoll) acted. The movie is gorgeous, the writing is classic Allen, which you either already love or you don’t. Wilson seemed to channel Allen in all of his glorious neuroticism. Wilson’s unattainable love interest Adriana, played by the ever alluring Marion Cotillard, is smokey and every bit the muse to Wilsons bemused writer. If you are on the fence but love Woody Allen movies, I highly suggest you watch this movie.

Lastly, The Tree of Life. Terrence Malicks latest collage starring Brad Pitt, Jessica Chastain, Sean Penn and Hunter McCracken. I call it a collage because it is literally a blend of imagery that starts off and eventually again tells the story of a broken family and their path through life before and after loss. It also tells the story of the beginning of the universe. It uses gorgeous imagery and some weirdly out of place CG to dramatically wind you through the story of time. I’ll just fess up. I’m not an art house movie guy. They just rarely do much for me. I can appreciate a gorgeous movie but tend to need more 2001: A Space Oddyssey and less Days of Heaven. While it is definitely an opus about life and family, I don’t have the patience for over two hours of laced together imagery and people whispering. I couldn’t even tell you that something is wrong with this movie, because I don’t know that much was, it is merely personal taste.

So the winner is most likely obvious at this point, but round #1 goes to:

Next week we’ll be talking War Horse, The Artist, and Hugo. 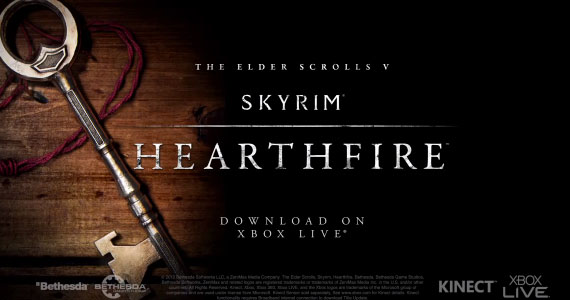 Building, decorating and adopting in Skyrim. Just when you thought the game couldn’t get bigger… or better.