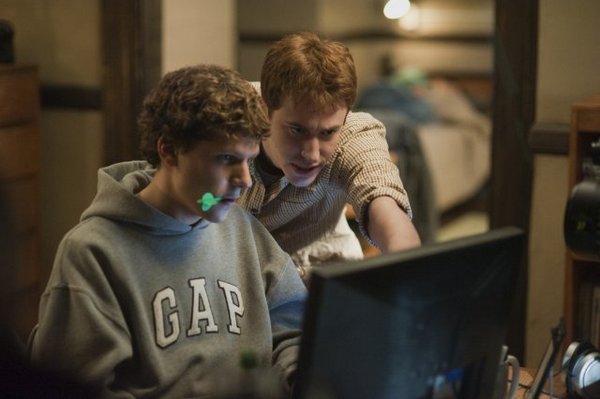 We finished up the live podcast tonight and I decided to throw on some entertainment. I haven’t seen anything in a while that I would call great so I wanted to start this Oscar Challenge off with a bang. I have been hotly anticipating watching The Social Network since before its release. In my trip to the 2008 SXSW there were two keynote speakers. Michael Eisner, former head of Disney, was one and Mark Zuckerberg, creator of Facebook, the other. One of them had two satellite rooms that were so packed people camped out on the floor. I’ll give you one guess who it was, the hint is he didn’t wear a suit.

After watching the interview, I walked away thinking that the Zuck seemed completely cocky, arrogant, and socially awkward. Now, he was being asked leading questions by a girl who was essentially flirting with him the entire time, which probably didn’t help, but I left thinking “screw that guy.” Do I still use Facebook? Guilty. No one says you have to like the guy to use his site. We constantly use Facebook as a reference point for applications we implement at work. You have to figure that if 500 million (and yes that is the number) people use it, they must have done some user testing.

The movie is based on a book called The Accidental Billionaires: The Founding of Facebook: A Tale of Sex, Money, Genius and Betrayal

. I’m interested to read it now, although I have heard it is partly based in fiction. Most accounts of the Zuck are that he is a sweet, socially awkward guy. He has an ego, yes, but he wouldn’t be an ass to you for no known reason.

I’m not going to go point by point through the movie, there have been plenty of exhaustive reviews done. It was inspiring. I completely related to the beginning of the movie surrounding the excitement of creating this application. It felt real, not like a hollywood take on how Facebook was started (see Hackers). This is where the brilliant combo of David Fincher and Aaron Sorkin shine. The writing and atmosphere are pitch perfect. The drama is tight and the story interwoven with the two major cases Zuckerberg had to fight after starting Facebook. The dialog is oh so Sorkin, but moves swiftly enough. Not too many conversations while walking down hallways, though maybe that is where Fincher stepped in.

There is a very good chance Trent Reznor could take the award here. The soundtrack

is brilliant on its own, but when paired with Fincher’s brilliant direction it plays perfectly. Never in the way, but accenting each moment.

Jesse Eisenberg and Andrew Garfield have great chemistry in this, and it gives me full confidence in Garfield pulling off Spiderman without a hitch. Justin Timberlake and Army Hammer play fantastic asshole characters, with Army Hammer pulling double duty as a pair of identical twins.

I wanted to start off with a bang and I truly feel like I did. If you were one of the people wondering why you would “see a movie about Facebook,” I would drop that preconception. The actual social network has little to do with the movie beyond being a motivator for both friendship, loss, and greed. Honestly, isn’t that what Facebook is for?

Dragon Age: Dawn of the Seeker – The Nerd Appropriate Review 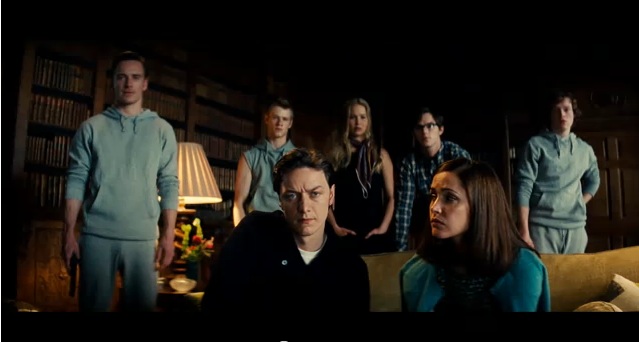