The best DLC ever?

It dawned on me this morning that I forgot to talk about Undead Nightmare in the podcast so i’ll do it here.  Undead Nightmare is best DLC you will ever get for $10.00.  With that out of the way i’ll continue.  Taking place two months before the controversial ending of Red Dead Redemption, Undead Nightmare begins with the Marsden family sitting around the house relaxing.  In all honesty, knowing what would transpire two months down the road made these moments feel a bit special.  There is a particular scene where young Jack is reading a historical tale to his father.  You can clearly tell how proud John is of Jack.  Games have come a long way. 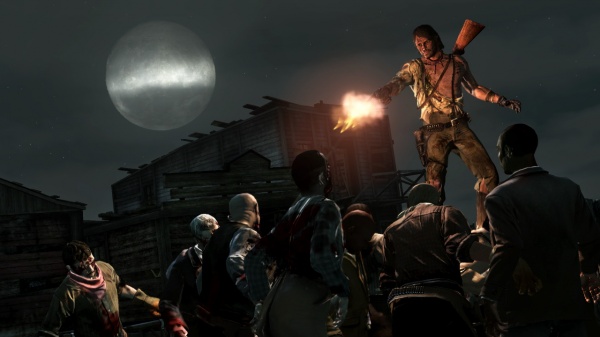 This is my BOOMSTICK!

Well there you have it.  Even though it’s been out for a month and I just got around to playing it Undead Nightmare is well worth your 800 MS points.  The DLC lasts around 10 hours, longer if you want to go back an unlock all the challenges and side quests. It is so Nerd Appropriate that I may eat some brains.

SPOILER:  Watch John’s encounter with Sasquatch below. “You eat babies!”