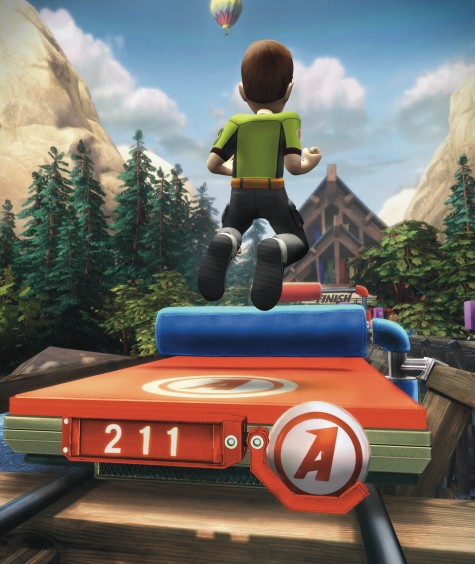 Apparently there is a difference between being an Achievement Whore (AW) and a Gamerscore Whore (GW). According to the Internet (a trusted source for any type of information) an Achievement Whore’s primary goal is to obtain all of the achievements / trophies for a game, even if those achievements provide a minimal or no gamerscore. By contrast, a Gamerscore Whore’s primary goal is to accumulate as many points as possible, regardless of the number of games it takes to reach that total. For the GW, the time-benefit tradeoff is considered, and games with “easy” achievements are part of the deal.

According to this logic, I am a Gamerscore Whore. The underlying reasons for playing most games with a secondary (sometimes primary) goal of accumulating (G) is outside the scope of this post. Let’s just say that I’ve played some games a bit too long, beyond actual enjoyment, and others I should never have played at all. I’m not ashamed of it it all, but in the end it really means nothing. You could argue that nothing you do in a video game amounts to anything, maybe not until Kinect (see also Wii and Move… maybe).

After a week with Kinect, I still find myself playing Kinect Adventures. Not because its a stellar title with a great story arc, rather primarily because there are some easy achievements out there in a game that I essentially got for free. I’m also off my couch and moving around. If any game were epic misery, I wouldn’t play it, even for an easy 1000G. Truth be told, it is fun, with achievements that only require your continued participation. Probably equally as enjoyable with a family as it would be at a nerdy party. In my experiences, I’m working up a sweat, playing in about 2 hour sessions — that’s more time than I can stay interested at the gym.

Sure, the workout isn’t as intensive as going outside and running for an hour or two, but it is gratifying. Whether you play for a high score, completion, or achievements, it’s those little things that activate the little pleasure centers in your brain, send you into a flow state, and keep you having fun. It’s the same logic behind online weight loss communities — milestones and stat tracking. With games that require you to be active, it doesn’t matter if the achievements easy, so much as that there’s IRL benefit to you obtaining them. Considering the alternative, sitting on my butt and snacking, I’ll chalk this one up as win for my Gamerscore, and my health. Here’s to earning (G) and losing lbs.

Epic Games had a huge presence at this year’s San Diego Comic-Con with both Gears of War: Judgement, and Fortnite showing off their goodies. Until this year’s SDCC, we knew very little of what Fornite was actually about, how it would look, or really, how in the heck it would play. Well, we have some great news for you, Fortnite looks super-slick and has the capacity to be more fun than any of us really deserve.

Hey gang! If you’re anything like me you’ve often asked yourself “Self– how can I make some extra cash playing video games!?” — Here is how you get free stuff!