As CES rages on and continues to shower us images of shiny new things that we’ll probably never be able to afford, The Verge managed to score an exclusive interview with Valve CEO Gabe Newell about the upcoming Steam Box “console”.  We sifted through interview and pulled stuff you might be interested in. [what is a steam box?]

NOTE: Not the right Steam Box

ON THE OS: Steam Box will be Linux based but will allow you to install Windows on it if you so desire. The box will be open… sigh…

ON CONNECTIVITY: The Steam Box will also be a server.  The idea is to eventually allow multiple televisions to connect to a single Steam Box.  In theory a LAN party could be hosted with a single steam box, and a bunch of T.V.s of course.

ON A MOBILE PLATFORM: There are plans apparently in the works to extend The Steam Box experience onto the mobile space.  They are also trying to figure out a way to make touchpad technology fun and useful.

Hats off to The Verge for breaking this info.  2013 will be an incredibly interesting year for gamers and tech lovers everywhere.  We’ll have more news and opinions on the Steam Box as it develops. 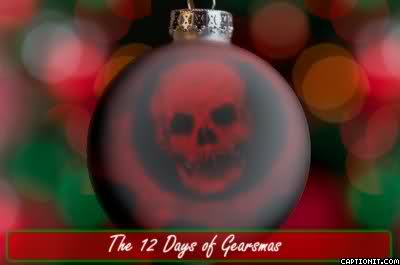 Horde mode is a blast, nobody can argue with that. Love or hate Gears of War, horde mode is nothing short of genius. Epic Games continues to award its fans with special events that alter the game-play and make old adventures feel new. This holiday season let us celebrate with the merry sounds of grunting and evisceration, let us celebrate the 12 days of Gearsmas.

On the recommendation of a friend I decided to play Bayonetta, and had blast beating it. But in the world of Japanese-style video games, enjoying the story is never good enough, and that’s where I take issue.