So the DC 52 is now upon us. We’ve had the kick off of Justice League and the second week’s 13 issues released. So what is the best thing to come out of the 52? I know what you are expecting me to do and I think I may surprise you.

I could easily say that the weird alternate world of Animal Man, or the good introduction to Swamp Thing are the best. I could say it’s the return of Jim Lee or the fantastic art/writing on Detective Comics (both of those accolades belong to Tony S. Daniel), but again it’s not any of those things. A good friend and fellow comic lover (and creator) Matt of Ashcan Press made a great point that everyone is releasing their “best of’s” as some sort of authoritative take on what comic should win a freaking Eisner, but again, not what I’m alluding to. DC has done some phenomenal work invigorating their comic line and getting people in the store to check out this newly imagined universe.

So enough stalling, what is the BEST THING about DC’s 52 relaunch so far? I walked into my usual comic shop to pick up my subscription and the guys who were working there were happy. That’s right, they had smiles on their faces and were talking about how great it’s been seeing new people come in and pick up comics and want to talk about them. Asking questions about which they should be buying and being actually into the idea that they could read a super hero book. I saw comic shop guys, who probably get paid a lot less then they deserve to deal with the normal clientele, not bitching about what DC is doing wrong but lauding what they are doing right.

I worked at an indie record store for about a year. I have to tell you, when you work in a shop known for elitism it’s easy to be negative. It’s easy to find the things that are wrong, and not often easy to find the things that are being done right. If you, like most people, imagine the Simpson’s Comic Shop Guy when you think of comic shops, you probably aren’t far off.  It’s hard dealing with the people who know comics, music, food whatever sort of passionate elitist culture you want to insert there, on a day to day basis. It wears you down, it affects your soul. I’m not saying they are bad people, or that working at said elitist shop doesn’t have its many perks. I’m just saying that you can’t work there for long without eventually thinking…oh jesus, DC is killing Batman AGAIN? Judging things is what you do at a shop for a passionate crowd. It’s your job. You MUST have an opinion on everything. So most of the time, it’s easy to talk about how abysmal it was, and how everyone is ruining the thing you love. It’s OK, we all do it.

That is what is so amazing about this DC relaunch to me. My usual, sullen, rarely excited comic shop guys are bursting at the seams with smiles and excitement. They are anxious to tell you why you should get Stormwatch if you liked the Authority. They want to tell you that if you’re into cosmic events you should completely read the Geoff Johns run of Green Lantern and then maybe check out Marvel’s Annihilation trades. They are happy that new blood is being pumped into their existence and it was done with a boldness to make a decision to forgo what the hardcore fans have loved for years. And that is what is at the heart of the issue. If you want to keep comics alive you have to get some new bodies in the store, but when something like your local record store starts to become your local vinyl toy store, it doesn’t feel the same. It feels off when you’ve gone there your whole life. I’ll tell you from experience, if having a wipe of the Batman stories I’ve loved since I was 11 means that I can take my (someday) kids to a real comic shop and have them pick up the Batman comic books 10 years from now, then it’s a move I’m willing to back. 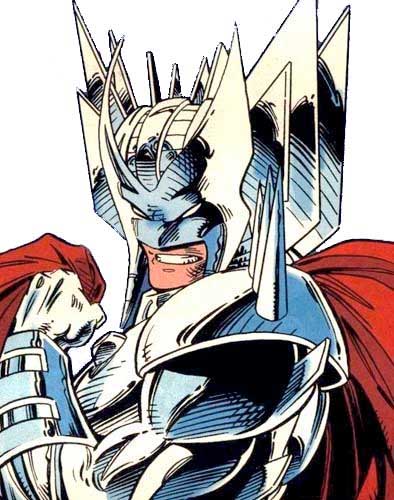 A Quick Sorry, Or How I Learned To Stop Worrying And Go For It

Dear Nerd Appropriate Faithful, So this is sort of a two part-er. A moment of…