Stop me if you’ve heard this one…

a father, the darkspawn, and grey wardens walk into a bar. Seriously, Dragon Age 2’s newest DLC, Legacy takes players through a side quest tracing the steps of Hawke’s father, Malcom. There are darkspawn enemies to slaughter, new environments to explore, and new loot to collect. The quest ran me about 3-4 hours of normal playing time, i.e. reading codex entries, listening to dialogue, and exploring as much as the environments as possible. Given the price, I feel it’s worth your time if you were a fan of DA2 overall. Otherwise, well … you’re not going to get turn-based combat back. 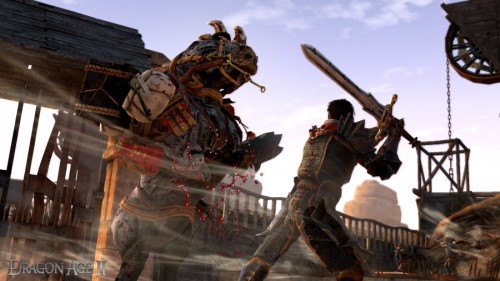 Unlike the main DA2 campaign, this quest is accessed via an artifact placed in the Hawke manor. The presentation is again told through the set-up Varric during his interrogation. I quickly became a fan of his during the main campaign, and would gladly have a pint with him at the Hanged Man, anytime. Anyhow, the Carta are still getting in Hawke’s affairs and the Champion embarks to a hidden base to set things straight. Without being too spoiler-y let’s just say that hi-jinks ensue after. We get to learn about the Hawke family legacy and how things wound up the way they did at the beginning of DA2.

The environments look great, and since I was so sick of wandering the Wounded Coast, I gladly welcomed the change of scenery. There are a number of completely new environments to explore, which I feel do a great job of setting the tone of the story and are varied enough to keep players interested. While there aren’t any new party members to recruit in this DLC, I’m fairly certain that additional dialogue was added in the form of chatter between your party members as you progress through the environments. Personally, I thought this was a highlight of DA2 as I usually ran around with the smart asses (Isabella, Varric) as well as my absent minded pal ( Merrill). Overall, Legacy is a few hours of hack and slash fun. The quest is fairly linear, but this didn’t violate my expectations based on what I’d already seen in the main storyline.

Impressions on DA1, DA2, and Legacy -Yarrr… there be spoilers ahead everywhere.

Right, so I understand that a lot of people took issue with some of the changes from DA1 to DA2. Personally, I wasn’t a fan of micro-managing my party members in DA1 beyond their individual tactics. I mean, if I set them up correctly, and this is supposed to be a story about my own character, I’d rather they just do their own thing. Furthermore, I spent way too much time in camp trying to bullshit with my companions and finding the right pieces of armor and weapons for them. By comparison I did find myself doing a little more micro-managing in Legacy than in DA2 proper (enabling tactics, using potions, etc.). So by that metric, I might say that the difficulty of the campaign is more on par with some of the Act 3 encounters in DA2.

I’m not sure why, but Dragon Age 1 didn’t really make an impression on me. I didn’t care about many of the characters one way or another, or about gaining their love or hate of my character (save one Orlesian bard). And as far as the “epic” story goes, the final battle in DA1 left me pretty sour on the whole experience, mostly because I didn’t level up my character throughout a 60+ hour game to be stuck reloading Ballistas for a half hour. I had no desire to play any of the DA1 DLC beyond what was immediately available, nor do I still after DA2.

The Story of Dragon Age 2

By comparison, I enjoyed the story departure in DA2, mostly because it wasn’t quote, unquote Epic. I’ve saved the entire world countless times in other games from “ground” and “space” demons and aliens, I get it… I’m the only person in the ‘verse that can set things right. Hawke, in contrast, is more a part of affairs in Kirkwall, and the interpersonal connections are more relevant for it. Heck, Varric even says that “all of this” might not have happened if Hawke didn’t come to Kirkwall.

Sure he’s still the Champion, but my Hawke was cast as a humble refugee who was just trying to protect his family while doing what he can to make Kirkwall a better place to live. The issues of the city and the Hawke family over the passage of time was a more than welcome change in storytelling. (I also agree with Ash that this is the Empire of the series). Haven’t you ever wondered what happens after the super-epic demon / collector / darkspawn / sith gets destroyed? People get their lives back together, it’s an interesting premise.

Some criticized the companions in DA2 as being too one-dimensional, but I thought their positions acted as a vehicle to explain the struggle of Mages in DA2. The polarization of the characters also magnified my attachments to them. Merrill was quirky, my romantic interest, and while I didn’t necessarily condone her Blood Magic I felt the need to be sensitive to her interests, while simultaneously being concerned about safety of my sister (I was a male, Rogue).

The point is this: I played Legacy after completing the DA2 campaign, so I had 5 companions in my party (Aveline, Isabella, Varric, Merrill, and Bethany). And frankly I welcomed that. While I “liked the characters I liked” in DA2, I also really hated the rest of the party, a bunch of whiners and complainers … so much so that I enjoyed telling Anders to GTFO (twice!) after sparing his life. I also literally gave up on Fenris after trying to be nice to him through Act 1 / 2 and took great pleause running him out of the group in Act 3. So despite the scale of the story and depth of the characters, I developed more interest with both. How else would you be so moved when you found your Mother butchered in the sewers?

And if, for some reason, you’re still reading spoilers before playing Legacy, do yourself a favor and take your sibling with you on the quest — this is after all, a family affair. 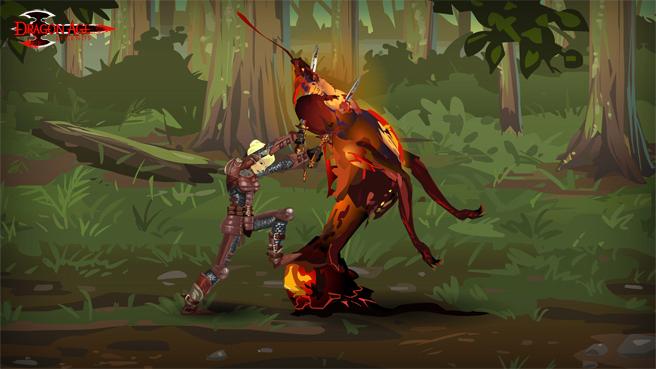 Gaming: A time away from video games

Even on a vacation there will be some downtime. So, what can an avid gamer do with extremely limited access to (console) video games for two weeks? First, try to relax… and second… 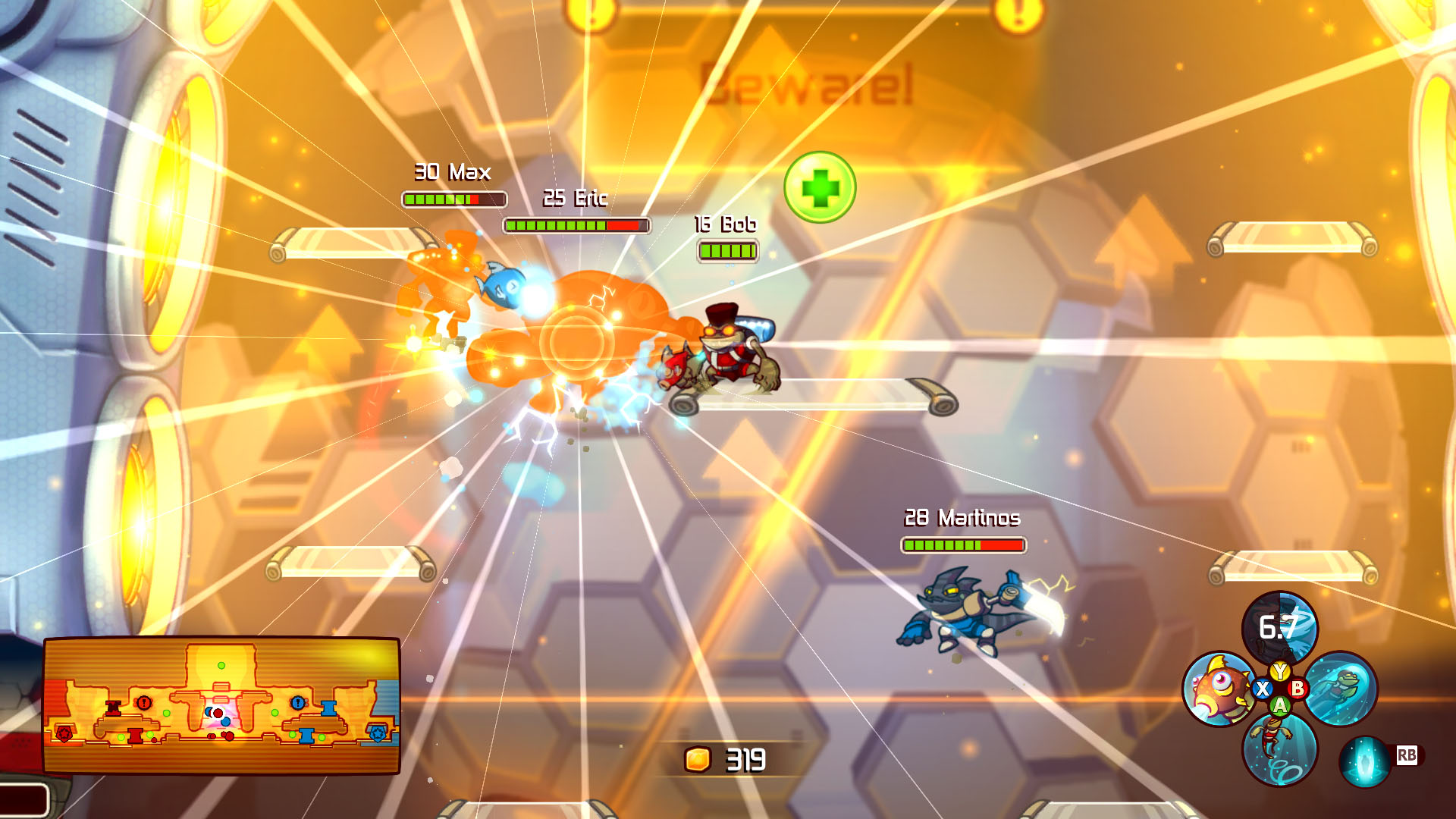