Armello is a digital fantasy board game developed by League of Geeks. Previously available on other platforms, Armello now finds its way to Switch, and I really feel like this might be one of the best places to play it. 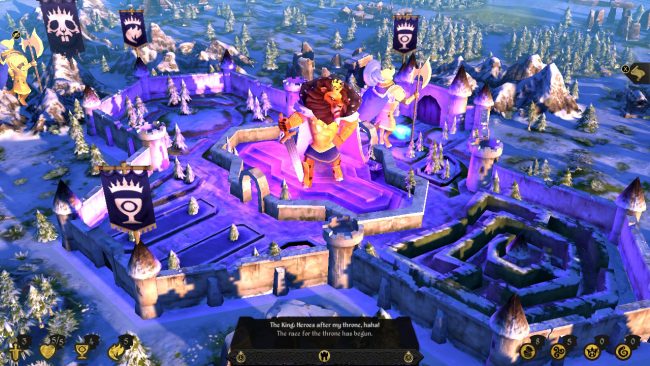 The Armello is set in a fantasy realm, where players can choose from a variety of anthropomorphic animals and battle it out against 3 other opponents plus a mad King that controls the game board. There’s a lot to like about Armello, whether it be hand crafted art style to the immersive soundtrack. Those aspects are quote obvious, being of a high quality. But, spend some time with Armello and you’ll find a game rich with strategy amid the chaos of the game board.

The goal of the game is to deal with the King in a way you see fit, as a disease known as the Rot slowly Corrupts the King. However there are multiple ways to win the game. Couple that with 3 other opponents, a card playing mechanic, and the right amount of random elements — you’ll have a unique experience each time you play the game. The character you choose might also influence your strategy; like an RPG, each character has a different set of stats and abilities. 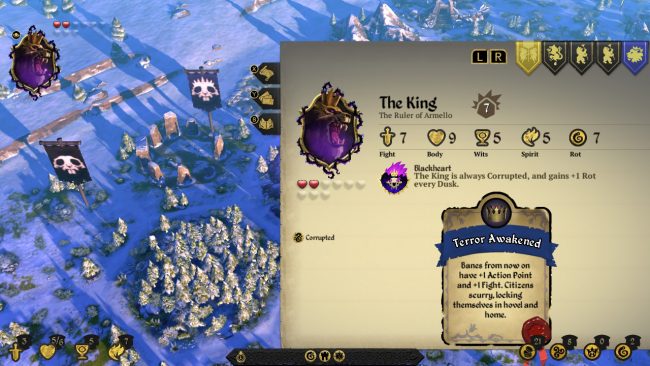 For example, you can best the King in combat, but you’ll need to battle your way through the castle and then beat the King in combat and survive. Or, you can play the hexagonal board to rack up Prestige (like victory points in other games) by completing quests and killing other players and NPCs. The game is fluid as well, meaning that you can pursue any of these goals in order to win the game, and I often found myself changing my strategy mid way through a match based on how things were progressing.

In my time with Armello, I’ve really grown to appreciate the way in which the game allows players to change tactics. There were many rounds in which I felt that I had no chance of winning, only to discover that another win condition was suddenly within reach. I started out thinking that the opening moments of the game were slow, but once you become familiar with the evolving nature of the game, you learn how to maximize your turns in the early, middle, and late stages of the game. 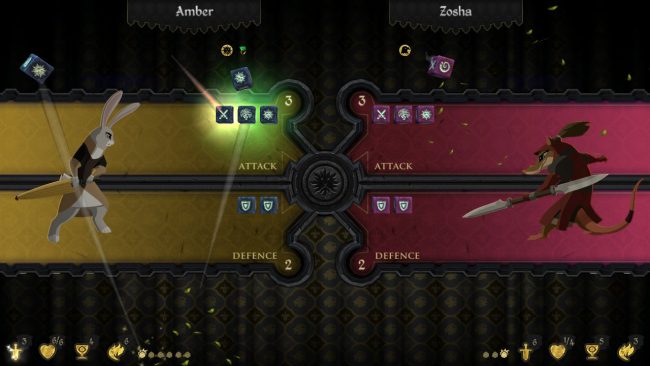 Because, you see, the King represents a sort-of game clock. Each “day” the King takes on another point of Rot, which slowly reduces his health but makes him increasingly more challenging in combat. Each day a new rule is set by the King and current Prestige leader, and corrupted beasts spawn on the board to shake things up. Meanwhile, other players are pursuing their own goals and manipulating the game board in their own way. I always try something different each time I play and am pleasantly surprised with the matches. It’s all very cleverly done.

I find this game to be particularly appealing on the on the Switch because it is a great “pick up and play game”. Rounds take maybe 30 minutes, but of course you can easily put the Switch to “sleep mode” and come back to a match later. Armello also has a multiplayer component that you can play online. It does require the Nintendo Switch Online subscription, but I feel like Armello only adds value to a thing that you’ve probably already paid for to get classic NES games and cloud saves. 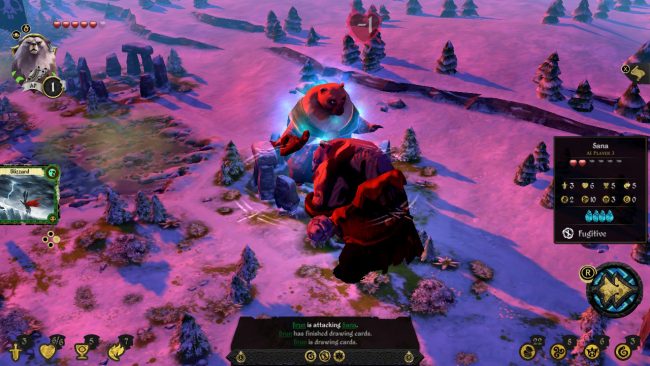 What would I change? From a usability perspective I find the text to be a bit too small on the Switch screen, though it looks good when docked. I’m not personally a PvP player in most games, but I would be concerned about what the player would do while waiting for other human players to take their turns. I also wonder if having a different game board to play on would spice things up, but that’s really more of an aesthetic choice than anything else. Finally, it is sometimes easy to feel like your round is in a rut; it is usually as never as bad as it seems but that discouraging feeling is sometimes hard to shake mid-match.

What I do appreciate about this game is the onboarding process. A prologue is in the game that serves the dual purpose of being a game tutorial as well as a narrative introduction to the game world (re-playable at anytime). I’ve only gone into the game’s rulebook (also appreciated) a few times to double check my understanding of the games many mechanics. 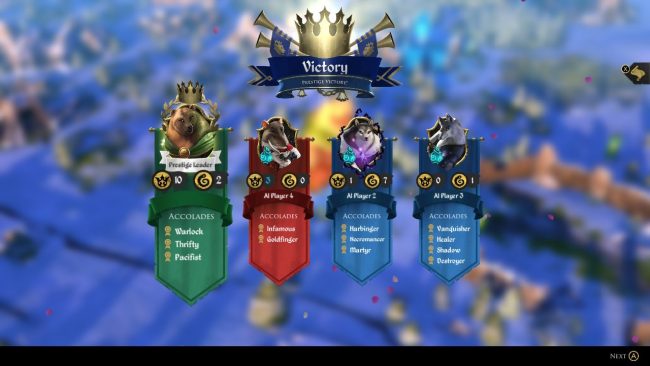 Armello is available on Nintendo Switch now. If you’re a table top fan, or looking for something with a little pick up and play, Armello should be on your radar. And if I may offer one piece of advice. Don’t hold back in Armello, just go for it… you never know what will happen!

Exclusive hands on: Bethesda’s Brink – at last a unique FPS?

The Conventions keep on coming!  PAX: Prime is just a few weeks away, and with…

"Ride like the wind" The Final Station is the new adventure-hybrid title from developer, Do…