I’ve been a Star Trek fan since I was a kid; we can thank my parents for that. I have fond memories of watching original series episodes with my family, seeing the movies in the theater, and watching the initial forays of Star Trek: The Next Generation. I was pleasantly surprised when they released the Trek reboot in 2009. Despite having long associated a certain set of actors with characters, J.J. Abrams and crew managed to capture the spirit, the tone, of what made the original series great. Suffice to say, after winning me over with the initial film, I was more than excited to see the sequel, Star Trek: Into Darkness. If you’re looking to check out a fun, action packed, summer popcorn flick? This is one worth watching. One thing the franchise reboot does well is action and the sequel is no exception. The film opens with the tenacious Enterprise crew racing against time, and lava, to save a planet. This lands them, notably Kirk, in hot water with Starfleet command and a demotion to boot. Before the consequences of this are explored, a new threat emerges; an individual with an axe to grind, John Harrsion (whom I have a couple issues with, but alas spoilers) who is attacking Starfleet facilities and personnel. 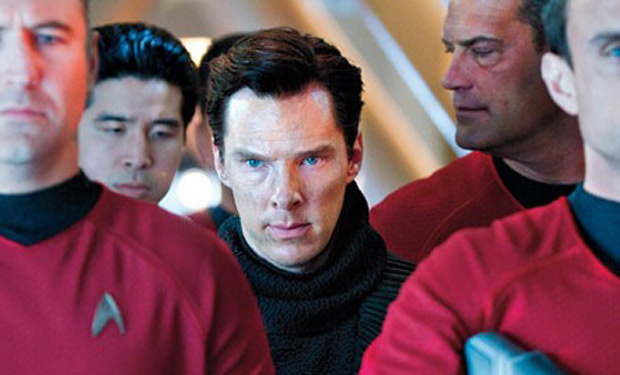 Benedict Cumberbatch could make a career being playing menacing villains.

After Harrison takes out a group of starship captains and commanders, we’re off to the races again. The Enterprise is deployed to catch a highly intelligent, incredibly powerful, fugitive; while avoiding starting a war with a long time Federation enemy. Into Darkness is brain candy. It’s light on the plot at times, but fun to watch. There are some nifty action sequences, fun sets, and great character moments. One thing this movie, and its predecessor, does well is capturing essence of the Enterprise crew; the characters are familiar, but not carbon copies of the originals. Benedict Cumberbatch could make a career being playing menacing villains. While I felt, writing wise, his character was not as fleshed out as it could have been, Cumberbatch certainly worked with what he had and did it well. Into Darkness is at its weakest when it’s making callbacks to older installments of the franchise. I can’t discuss

them more without getting into major spoilers; if you’re a Star Trek fan you’ll know them when you see them. This brings me to my biggest issue with the film– it didn’t move the franchise forward. The 2009 Star Trek set the stage for new adventures with old friends; Into Darkness takes Trek fans down a familiar path and doesn’t build on the new foundation laid out, it relies on what came before to try and get fans invested. This, to me, is a shame. Into Darkness has a fantastic cast, superb special effects, and could have been so much more. The writers touch on Starfleet politics and policy, but skim over them where exploring them could have made for a more dynamic film. While I still miss the original Star Trek cast who captured my imagination as a child, I felt Into Darkness was worth my mighty dollar at the theater this weekend. Maybe it’s just nostalgia, but I can’t help but grin when I see the Enterprise and crew on the big screen. If you’re looking to get your space fix this summer, I recommend checking this movie out. 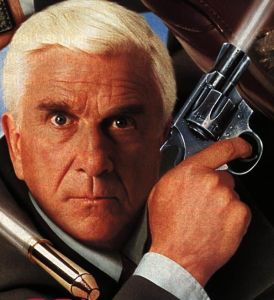 Leslie Neilsen Died at 84 from Pneumonia

Airplane and the Naked Gun movies were large parts of my comedic youth. I grew…

Julia Voth, Zombies, Bullets, and Blood – What is Project S.E.R.A. ?