We talked about (and argued, but it’s been lost to the archives) Halo 4 on the podcast but have yet to commit anything to digital ink, as it were. This is because Halo 4 felt like it deserved a bit more than a gut reaction to gameplay and graphics. This deserved some inspection into story and polish. 343 Industries did not have it easy here, they were following in the footsteps of a highly vaunted developer in Bungie. The company that along with Epic lifted the XBox up into new heights. 343 had to come in and not just keep a series fresh, but make make it their own without pissing off legions of fans. Did they accomplish this task? You’ll have to read on.

If you are a longtime friend of the site than you are well aware of the battles Ash and myself have had over “ground aliens” vs “space aliens”. Halo, and maybe rightfully so, always felt a bit cartoony and based in some sort of limbo fiction that didn’t ever sit well with Ash, while Gears of War felt slow and just a wash of the color grey for me. Both series have arguably left these tropes behind with Gears 3 and Halo Reach, but Halo 4 could have fallen right back in step with Halo 3 and told a listless, muddled story about space religion and huge intergalactic wars. The material was there and ready to be consumed. Instead they went a different direction. The story ended up being personal and introspective. One of the internal battle Chief has over his own makeup, along with his relationship to Cortana, the AI prodding you along the path. Deeper threads of friendship and personal discovery are told. Granted this is while you shoot at aliens, but at the very least this story was something you could follow.

Am I saying that playing Halo 4 was akin to reading a Cormac McCarthy book? No, but it also doesn’t read like a 14 year old boys Ender’s Game Fan Fic either. The cut scenes that 343 put together were some of the most gorgeous (yes not in engine, but did you care?) and well directed in a game in recent 360 history. Chief had gravitas and personality now. He was someone who had something, and more importantly, someone to fight for. When the game’s action took a break and you got to look at gorgeous out door scenery or a dramatic scene between you and the military command, it wasn’t done just for effect, it furthered one of the more interesting Halo stories told. I may be biased here as a Halo fan, but other than Reach, I don’t know that I’ve ever cared about Chief, or even Cortana. Not more than in the way that they were entertaining. Cortana wasn’t my friend, she was the voice telling me to run from button to button while mowing down grunts. Chief didn’t have emotion, he was a faceless any man who just happened to be 8 foot tall and a killing machine. Now  he was a guy who had a past, one that he wasn’t so sure about anymore. He had a friend that he would do anything for, and that is something I can understand.

This is not to say that you are just pondering your existence and that there isn’t a bad guy. It isn’t quite of the weight of Saren or the Illusive Man, but the Didact is palpable and the final fights where you face him are punishing. The ending (no spoilers) leaves just enough open to start guessing at the future of the series. While this may not be the strongest villain in gaming history, it is definitely a solid start for 343. I was never super enthused by the antagonists in 3. The campaign always felt confusing to me with a lot of circling around to talk about the Prophet of Truth and then the Arbiter would pop up for a second. It just felt crowded when it came to characters and villains. This time around we have a single goal, unified around the Didact and his forerunner army. 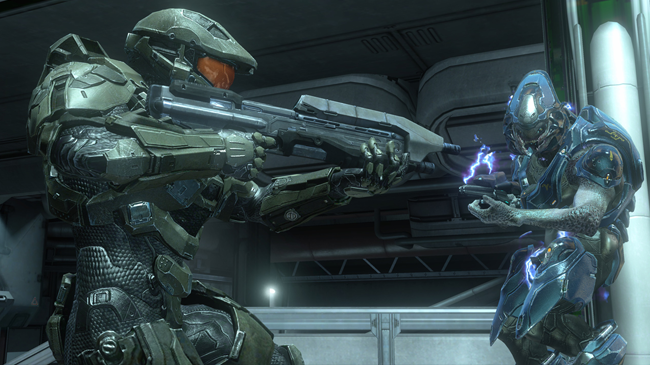 As for gameplay, Halo always felt floaty. Not in the way you could leap ridiculous heights or anything of that sort, but in the detached from your body sort of way. First person games tend to fall into this trap. Dishonored felt glidey at times and Halo always felt like a floating gun. 343 managed to give first person weight. Plus, let’s just take a moment to talk about the guns. These were bar none the best guns to ever appear in a Halo game. From the first moment I fired them they sounded amazing, felt amazing, and seemed to have impact. This wasn’t a gun that just made a gun sound and did some sort of damage, but the variety and power to them was unique down to each one. The Marine weapons were powerful, loud and heavy. The Covenant were light weight and quick, while the Forerunner weapons added an entirely new dimension with seemingly endless ammo at times. Yes, they each have a sniper rifle or an automatic, but there was enough differentiation that I know I preferred to have a battle rifle and the suppressor. 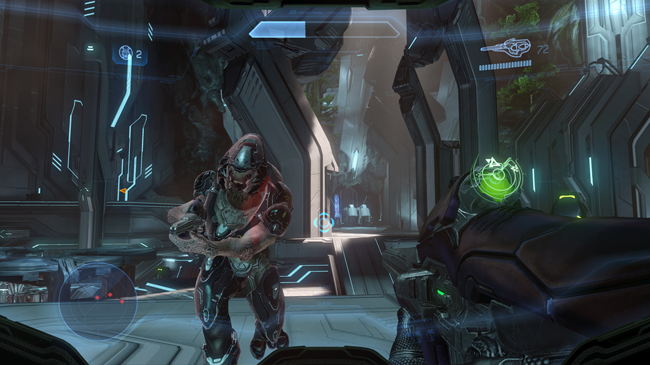 I gushed over the graphics in the podcast and will do a little more here, but their was not one moment in this game where the view wasn’t astonishing for a 6 year old system. Light effects, atmosphere and the details in the characters were fantastic. Everything felt alive and moving. I know Halo has a style to it, but damn if 343 didn’t pretty it up. The forest didn’t feel bland or flat, but alive and terrifying. I knew those damn dogs were going to pop out at any moment, or would be hiding up in a tree. There was no scooby doo effect of something looking different so I’d interact with it. Everything was there and blended into part of the scenery. While it was definitely “on rails” like all Halo games, the atmosphere ended up making me feel less restricted even though I was on a predefined path.

Last up is multiplayer. Scott, Ash, Derek and myself sat down for a few rounds of Spartan ops and while it usually is pretty hard to screw up cooperative multiplayer, they managed to step it up a notch. Voice acting by Jennifer Hale sounded great and having a little story to go along with your on screen battle helps. We were all laughing and having fun with the excessive amounts of weapons and a difficulty that felt ratcheted up for the amount of players we had in game. There is more depth to be explored here, but on first glance, Spartan Ops will keep me coming back.

Over all this game felt polished and like one hell of a shot across the bow. If you had any doubt, much like myself, that these guys would deliver, let those feelings be vanquished because they nailed it. Is Halo 4 the best game ever? No, but it is one of the best Halo’s ever, and that is saying a lot. Would it have made it into my top 10(ish) on the podcast had I finished it before then? Yes, I think it might have. It would have been extremely close. The only thing that would keep it out is that it isn’t a surprise because it is a Halo title. It IS a surprise because it’s 343, but that was one of the best surprises I’ve had all year. Here’s to many more where this came from, I’m now officially looking forward to Halo 5.

I See the Future: Five Amazing Things That Will Happen in 2013

Using overly complicated computers with blinking lights and super-colliders that make the Higgs Boson seem tiny, NA complied a list of five amazing things that WILL happen in 2013. Over the years we’ve become very good at predicting trends in pop culture and gaming, so just remember that you heard it here first-ish. Hold onto your Tardis, here we go. 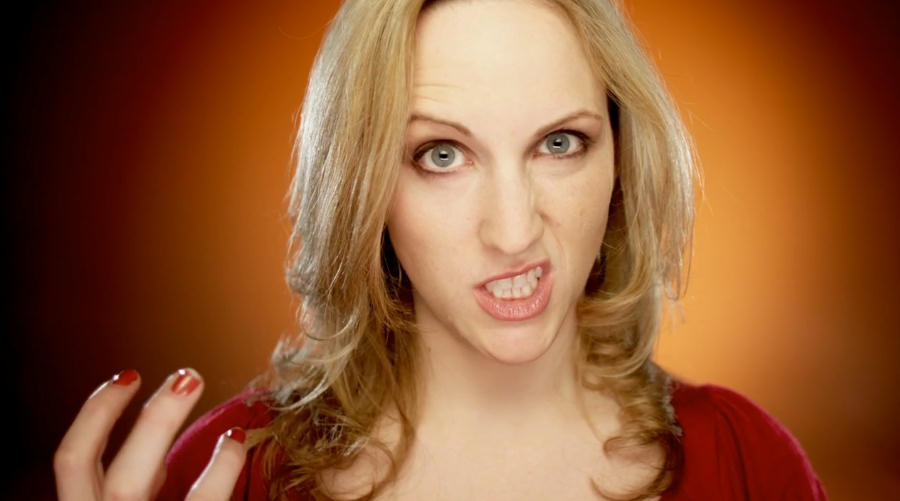 In recent years some developers have taken it upon themselves to become “Hype men” for their respective companies. Now let’s get one thing straight, if I worked on a AAA title that looked like Bulletstorm, you bet I would hype the living hell out of it. The question however is, have the devs over at Epic and People Can Fly gone too far? Is this latest “hype” filled video for Bulletstorm dumbing down the talent of some amazing artists and programmers?