Young Adult is a bit under the radar. It still holds that indie feel regardless of what the budget may have been. It is directed by the brilliant Jason Reitman, written by Diablo Cody and lists Charlize Theron, Patton Oswalt and Patrick Wilson among it’s main stars. So why did it still feel a little off for me? Read more to find out.

The components that make up this movie clearly lead to nothing but success. If you aren’t familiar with Jason Reitman, he directed the fantastic Juno, Up in the Air, and Thank You For Smoking. He has a knack for comic timing and shooting painfully real and amazingly human scenes. There are plenty of those strewn throughout this picture anchored by fantastic performances by both Oswalt and Theron.

The plot follows Theron who is on the war path after a series of life let downs, to win back her high school sweet heart at the cost of his marriage. Patton is an unwitting side member of the story who ends up owning every scene he appears in. The two have amazing chemistry and every time they interact it feels real, honest and most often, heart breaking. Both characters find themselves in their 30s and losing track of the path they could have followed. Both wading in waters so deep, there appears to be no life preserver within reach. Theron playing the self medicating escapist with Oswalt always checking in to be her demented Jiminy Cricket. The tangle of 30 something lives works well and plays real. This isn’t a rom-com for the ages, it’s a heart rending story of dealing with what life gives you. 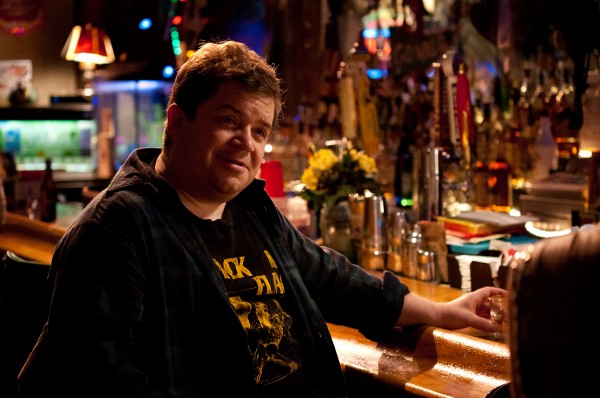 So with all of this praise, why does this fall flat? The easiest thing to say would be the writing, but that isn’t necessarily true. The writing is the same quick witted, honestly spoken scripting that you would expect from Cody. The reality is that it is just painful to watch. It is a brutally honest look into someone who hit “middle age” and found themselves no where near what they expected. Slipping into self medication and depression. Punches aren’t pulled, reality isn’t broken, instead Oswalt’s character Matt continually attempts to voice reason, all the while living an isolated life of self wallowing due to actions that were never in his control in the first place. I never hoped for a hollywood ending or for any character to find happiness, but at the same time the cringe inducing scenes often forced me into a position of just hoping to see this movie end non-tragically. It was hard to hope for nothing more then for no one to commit suicide. As a 30 something, as someone who has dealt with isolation and separation, this movie was poignant and brutally honest but just barely delivering as an enjoyable experience.

So with all of that, should you see Young Adult? I think it depends on who you are. If you are in your 30’s and have dealt with things like missing the honesty of your youth, then yes, absolutely. If you are in your 20’s and haven’t experienced the brutal reality of foreseeing your future in the dull grey tones of cubicle walls, well, then I don’t think this movie is for you. Oswalt, Theron and Wilson all deliver pitch perfect performances about brutal realities. The story may feel as if it has no resolution, but it does mirror what is a sad truth for most of us. Do we lead a life full of point and fulfillment?

Squids Odyssey Review: I’d Like to be Under the Sea

The excellent turn-based RPG swims over to 3DS and Wii U with a new character, more equipment, and a new campaign!

Dragon Age: Dawn of the Seeker – The Nerd Appropriate Review