Last month we received a mysterious party invitation simply titled “Birdemic: Shock and Terror”.  Now, I’m normally pretty “up” on my indie-films, and while I’ve heard of Birdemic, I really had no clue what it was all about, or… how it would change my world. Birdemic tells the story of Rod, a simple software salesman in the small town of Halfmoon-Bay California (yeah, it’s a real place). The entire opening of the film follows Rod around town, on his day to day routine.  We see Rod driving to work, pumping gas, making a sale, and eating lunch.  The introduction to Birdemic isn’t really a “film” at all, but, a chunk of boring surveillance footage.  While eating lunch alone at local resturaunt Rod runs into Nathalie, a former high school aqaunitance and aspiring fashion model. 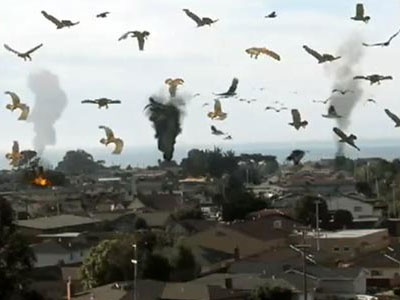 Before you ask “What the shit does this have to do with birds?”, I’ll let you in on a little secret.  Not a single bird is seen until at least 40 minutes into the film.  When the birds finally do show their feathers, Birdemic “Gets its wings”… (yep, went there).  When the attack begins, the avian predators randomly gain a multitude of special abilities out of the blue;  eagles can hover in place, explode on contact, and even burst into yellow alien acid!!  These abilities are never fully explained, but that’s really part of the fun… I mean exploding acid Eagles?

MIDI soundtrack, jump cuts, mush mouth dialogue, the worst CG birds you’ve ever seen; these are the puzzle pieces that make Birdemic one of the best/worst movies you’ve ever seen.  Each scene in Birdemic is worse than the last, so why then is it so “good?”  And dare I say,  inspirational? Director James Nguyen wanted something very badly and went for it. After years of saving money as a software engineer Nguyen reportedly amassed a meager $10,000.  Using this money he self funded every frame of Birdemic.  For over four years Nguyen, a non existent crew, and an exhausted cast met on the weekends to work on Birdemic and bring it to the screen.  According to cast interviews, Nguyen was adamant about not changing a SINGLE line of dialog and made every actor stick to the script word for word. Buried beneath the exploding birds and laughable dialog is a message of conservation and world peace, or so Nguyen says. The result is a total mess, but it’s HIS total mess.

Here is where things get “bird shit” crazy…

When the film was rejected from Sundance, Nguyen hopped in a $300.00 van and made his way to Park City, Utah.  During the Sundance Film Festival, Nguyen reportedly plastered the van with plastic bird corpses and drove around town blasting the sounds of blood curdling bird attacks for all to hear.  Eye witnesses report that Nguyen drove in circles around Park City for eighteen hours a day until something remarkable happened.  His enthusiasm caught the eye of a handful of producers, who, after screening the film, wanted Birdemic to find an audience. Over the next year the film would appear in over 60 film festivals all over the world, and develop quite a cult following.  The real kicker is that Birdemic 2: The Ressurection 3D has been given a green light, and has a reported budget of over $20,000,000.00. That’s twenty million dollars. 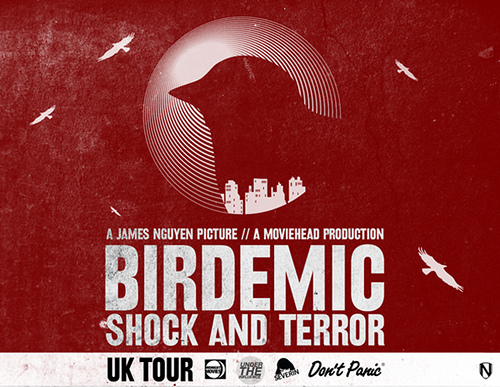 So is this movie worth 90 minutes of your awesome life? That all really depends on your mindset.  NA was lucky enough to see Birdemic with a large group of people, all of which had no idea what they were in for.  The result… A whole lot of laughter. I’m not writing this article to make fun of Birdemic: Shock and Terror, but to urge you all to seek it out and have your own Birdemic themed parties.  Enjoy a cinematic oddity that’s so terrible, it’s wonderful. 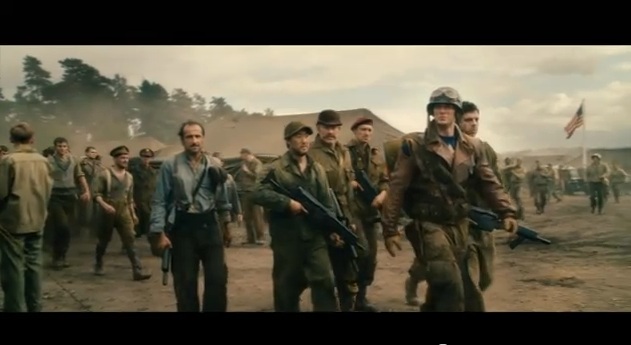 For those of you that didn’t sit glued to the television, here are both the Captain America and Thor teaser trailers.